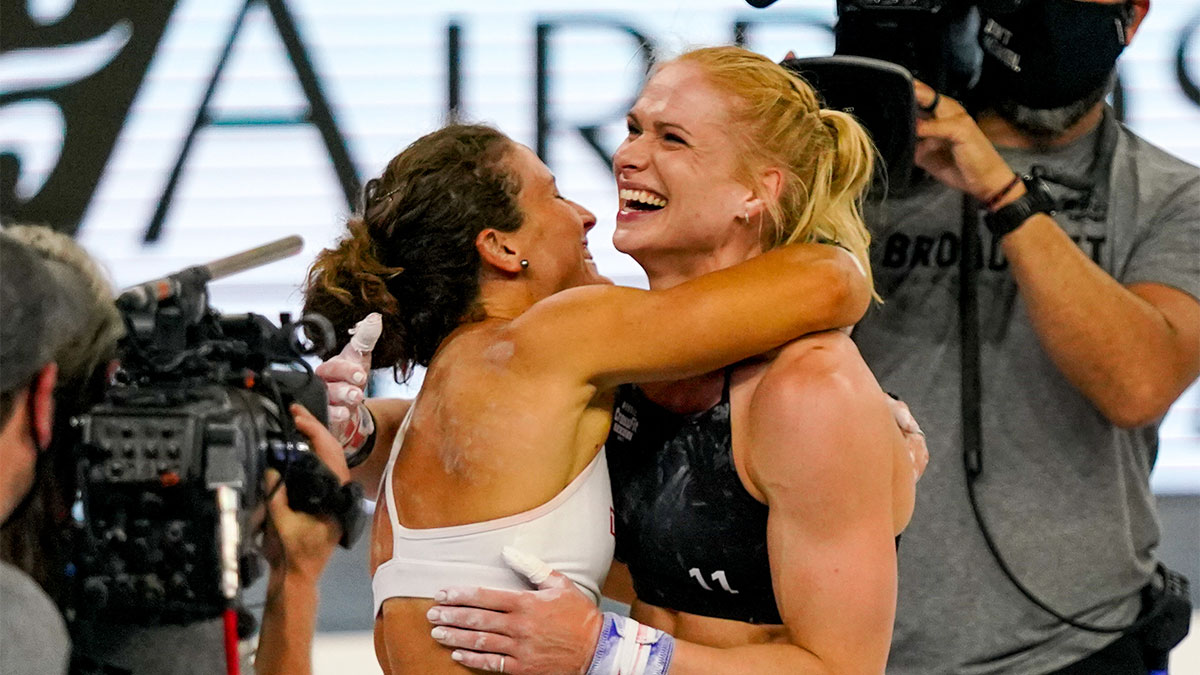 Day three of the 2021 individual competition at the CrossFit Games opened with only 30 athletes in each division, but that number would be cut to 20 after event ten, the first event of the morning. After five grueling events on Friday, the fittest athletes on earth tackled three more today, including a test of running and gymnastics, and then, a one-rep max snatch. As the sun set, Toomey extended her lead, while on the men’s side, the leaderboard remained volatile, as Medeiros hung on to the top spot. Here’s how it all played out.