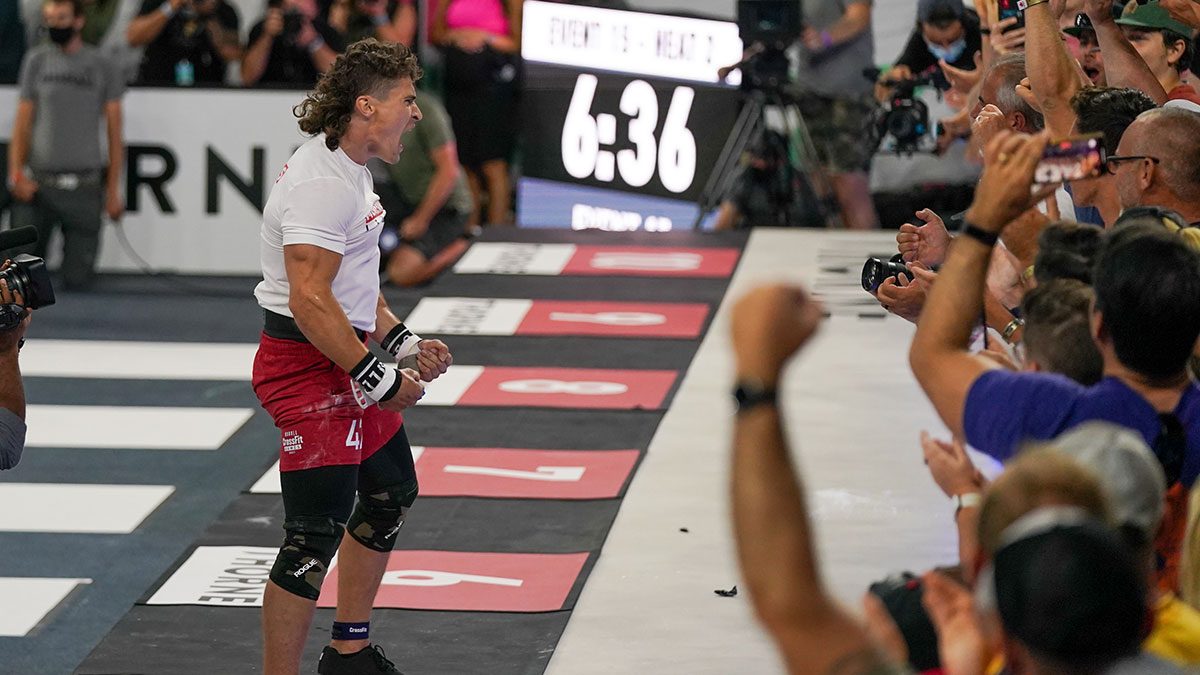 Prior to this season, many anointed Justin Medeiros as a champion-in-waiting. The 22-year-old is admittingly not a very patient person, so instead, he just went out and made it a reality on Sunday afternoon by finishing 32 points ahead of second place. Medeiros held-off Patrick Vellner and a host of Games veterans on the final day of competition to be crowned the 2021 NOBULL CrossFit Games “Fittest Man on Earth” in front of a sold-out Alliant Energy Center in Madison, WI.

One big thing: With the retirement of five-time champion Mathew Fraser in February, the throne was left vacant with a host of heir apparents left in the wake of the announcement. The 2020 Rookie of the year took on those athletes consisting primarily of past podium finishers and proved that last year was not a fluke, becoming the youngest Games champion in history.

Medeiros and Vellner: All Square at 11 Apiece on Last 22 Live Competition Events