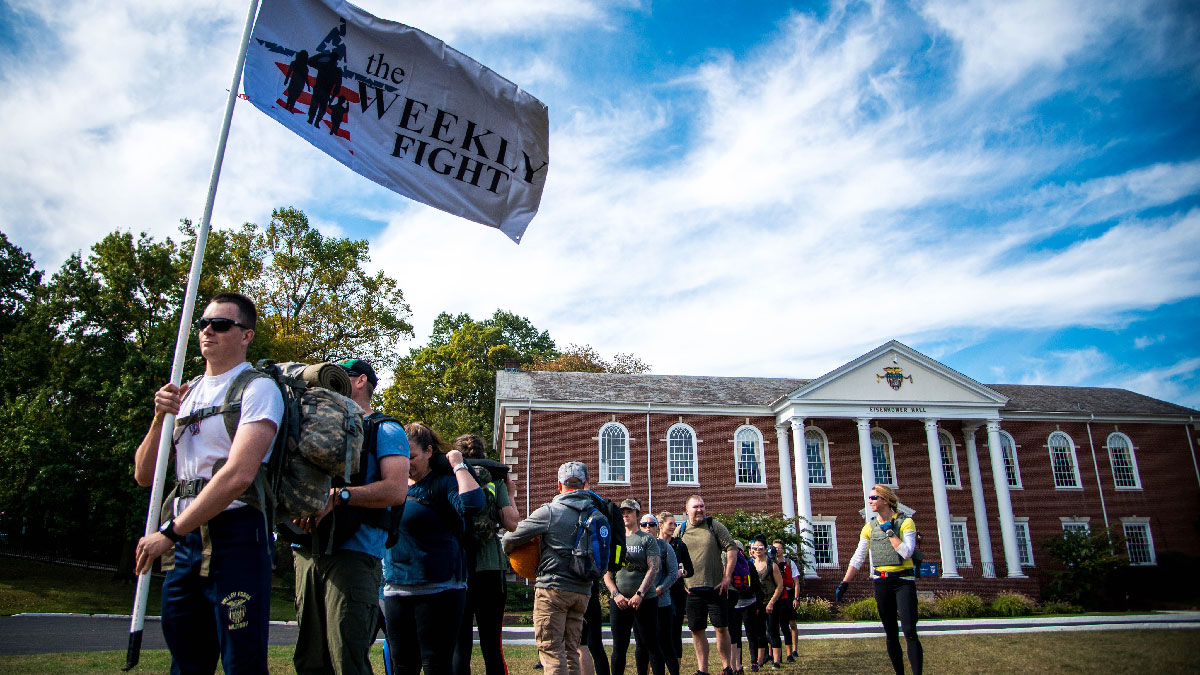 In December of 2015, former Marine Marty Kenny received a call from his Commanding Officer, asking him to reach out to a Marine, once under his command, who had been missing for a few days. “Needless to say, he never picked up when I called him,” Kenny said. “They found his body on December 26.”

With that in mind, Kenny started The Weekly Fight, a nonprofit founded on the principle “shared struggle brings people together.” They work to reduce veteran suicide and support healthy lifestyles through weekly workouts, turning “Post Traumatic Stress into Post Traumatic Growth.”

How it works: CrossFit gyms affiliated with The Weekly Fight hold weekly free workouts, open to anyone. (Community members are welcome, Kenny says, but they ask for a small donation if the person is not a veteran, family member, or first responder.)

The workouts are partner or team-based to build “that sense of camaraderie. In the past, workouts have been dedicated to veterans that lost their battles with PTSD, but now, the nonprofit dedicates WODS to veterans and first responders that are doing positive things in their community.

The organization: The Weekly Fight is built on three pillars: a crisis management fund, a scholarship fund, and education.

The funds: Pulling money from direct donations and competition fundraisers, The Weekly Fight supports veterans and surviving children of PTSD.

The Crisis Management fund is there for whatever a first responder or veteran may need, like paying electric bills or funeral expenses.

The Scholarship fund benefits children who have been around any PTSD in their home. These funds go towards higher education; Kenny hopes to give away at least $20,000 this year.

Education: This pillar centers around sharing experiences and discussing trauma.

HaLeigh Abbott, one of the nonprofit board members, says one of their affiliates in Pottstown, PA, also runs a sobriety group. The veterans and individuals in recovery can relate to each other, she says, because “trauma is trauma.”

The bottom line: The Weekly Fight gives veterans, first responders, and their family members a “place to go where you can find someone who is going through or has gone through the same thing you have.”

Mental Health: Can and Should CrossFit Coaches Play a Role?