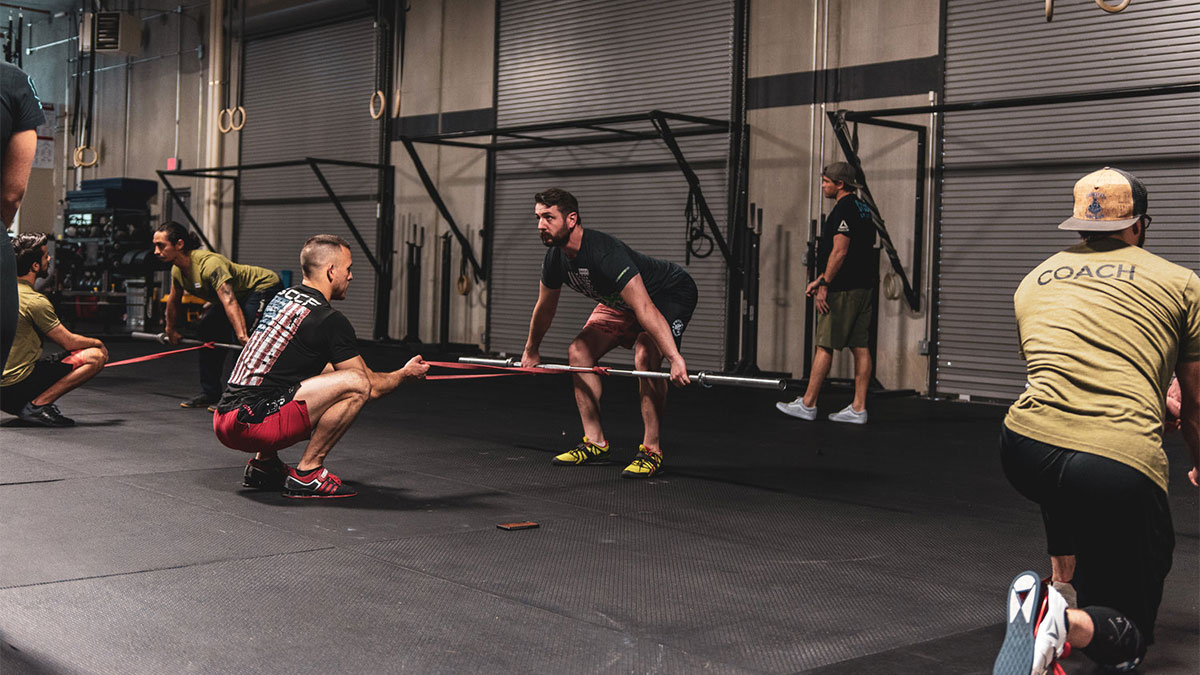 Whenever the Morning Chalkup posts an article talking about gym owners raising rates, the chorus of comments on instagram is about how people would quit their gym in two seconds if their gym owner ever did that. I have news for you, with rare exception, your gym owner is struggling. They are not charging you enough to pay themselves, they are working long, hard hours, they can’t even give you everything they want to, and they’re afraid to raise rates and live a secure life because they believe if they do, you’re going to leave and you’re going to take your friends.

Your gym owner is not crushing it.

You have been members in their gym for the last two years, five years, ten years. You stuck with them when they had to fire that coach who everyone really liked but who clearly did not share values with the membership. You met with them to help them through partnership splits. You have built things out of wood and metal with your hands and your skills that are still staples inside of the gym. You paid your membership through COVID in 2020 despite not being able to come to the gym because that’s how much the gym means to you. Your gym owner is afraid of losing your trust, your love, your support, and your friendship. They don’t start thinking about your money until they have considered all of those factors first. They care about you deeply, know that you value their help, and they want to continue being helpful to you.

In fact, the person who owns your gym wants to run a gym that everyone in your town buzzes about. They want to change lives that ultimately change your community. They want your kids to come in, they want your parents to come in, and they want you to proudly post about it on your facebook page. They want to be able to afford to pay the coaches enough money to afford them the opportunity to focus 100% of their career ambition on working to make your experience in their gym even better through continued education, more intentional communication, and measurable outcomes that you can depend on. They want to replace those broken ten pound bumper plates, they know that one of the rowers makes a weird noise, and yes, it would be cool if they could afford more Echo Bikes and some Assault Runners.

But they can’t afford these things. In most cases, gym owners don’t even pay themselves a salary. Before they opened the gym they did the math on how many members they would need to break even based on faulty business acumen that had them price the gym similarly to what other gyms in the area were charging. They got to that number of members (usually somewhere in the 30s) and realized that their math was very wrong. They recalculated and came up with a new number somewhere in the 50s. They were wrong again.

They read articles on this publication just like you do and they hear what all of the “experts” tell them to do, There is no consensus and so they’re overwhelmed with options, not wanting to make the wrong decision. They know that they would be better off working with someone who has been where they are and who has guided other gym owners to where they want to go, but they can’t justify spending the money needed to acquire that kind of support, so, like the piece of equipment that keeps breaking, they try to fix it on their own.

Gym owners are laying in their beds at night and the last thing they are thinking about before they fall asleep is how they are going to keep the gym open and how they are eventually going to pay themselves. They rely on their significant others, or family’s income, love, and support to keep chasing their dreams and each day that passes, they feel less and less like the proud person they once were.

Your gym owner needs to raise rates. They need to raise them significantly. If you ask them in confidence they will tell you that they know this. They cannot do it incrementally – often, rates need to go up by more than $100/month. They have needed to since the first day that the gym was open, but your gym owner won’t raise the rates by $100. The brave ones will dip their toes in the water and bump it up by $15-$20, prolonging their struggle and feeling ashamed for doing it along the way. We routinely help gym owners raise rates by $100/month, members often give them a hard time, and then stay when they have had a chance to speak about what will be different in the gym. Not all gyms have the luxury of working with us, so I have a favor to ask you.

If you love your gym, and you care about your gym owner, you know what I’m saying here is true. So is what I’m about to say…

Your gym’s owner needs you to walk into their office and tell them “you’re not charging us enough, and I want to pay more to come here, significantly more, because I want to come here for years to come and I know you need to make money for that to happen.”

I’ll catch angst for this OpEd, I know that. Good. Bring it to me, then, after you have given me a piece of your mind, please go tell your gym owner you want to pay more so that they can run a sustainable business.