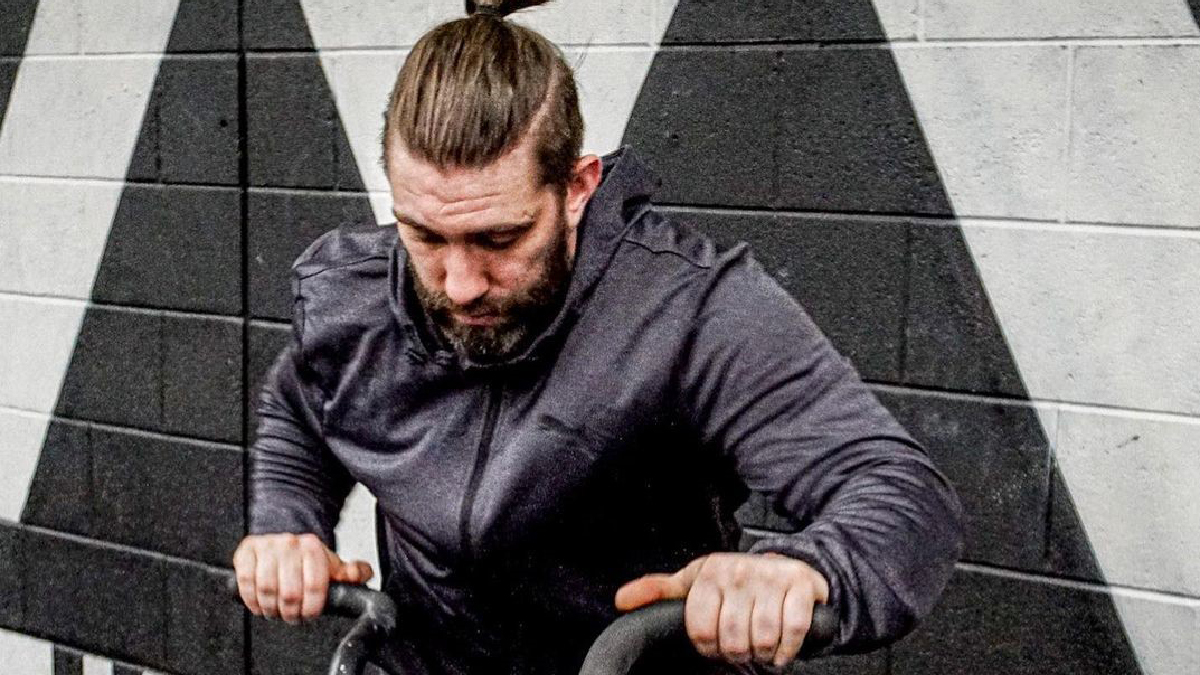 This Friday, October 29, Peter Williams will head to CrossFit DeltaFox in Darwen, UK, and try to complete 10 indoor “JST Compete” triathlons back-to-back. These triathlons will take him to a staggering 100 triathlons completed in 100 days while raising awareness for an important foundation, The 180 Project.

The details: The indoor triathlon consists of a 7k row, 300-calorie AirBike (or 15k BikeErg), and 5k SkiErg. Williams has completed these triathlons while also working as a full-time detective with Greater Manchester Police and as a coach at CrossFit DeltaFox.

Williams: “This is to be completed daily. The challenge is primarily focused on the mental application of completing them as opposed to the physicality. Fitting them in with daily life, children, a career and coaching. This signifies the mental struggles those face daily when tackling addiction. This is my effort in walking in someone else’s shoes for a small snapshot of time.”

CrossFit DeltaFox is the home base of The 180 Project. The membership fees fund the project while the community members work alongside those trying to change their lives. The partnership helps create a strong dynamic and a fostering environment.

Training for the challenge: Tackling 100 indoor triathlons is no small feat, and Williams had to take some steps to achieve this task. He follows the JST Compete programming, and he works alongside the two people behind it — Steve Fawcett and Jak Cornthwaite — while focusing on improving his row time and other potential weaknesses.

Williams: “My day job is a Detective within Greater Manchester Police. I jumped at the chance to get involved and I am happy that I did, because not only was I introduced to this incredible project, but it helped change my perspective, especially on people that I would routinely come across within the criminal justice system.”

“This experience changed the way I approached those battling addiction and identified that CrossFit and this project was a solution to helping those break the cycle of not only addiction but crime.”

Bottom line: Williams plays a critical support role while working as a coach at CrossFit DeltaFox, but he is taking it to the next level. Completing 100 indoor triathlons will only create awareness and drudge up further support for this important nonprofit while providing people around the world with an opportunity to contribute.

There are two ways to support Williams as he completes the challenge. Raffle tickets are available until midnight on October 31 for the cost of £1. All proceeds will go to The 180 Project, and the winner will receive a £1,500 home gym prize courtesy of brand partner Wolverson. The 180 Project also has an ongoing fundraising link at the organization’s website.