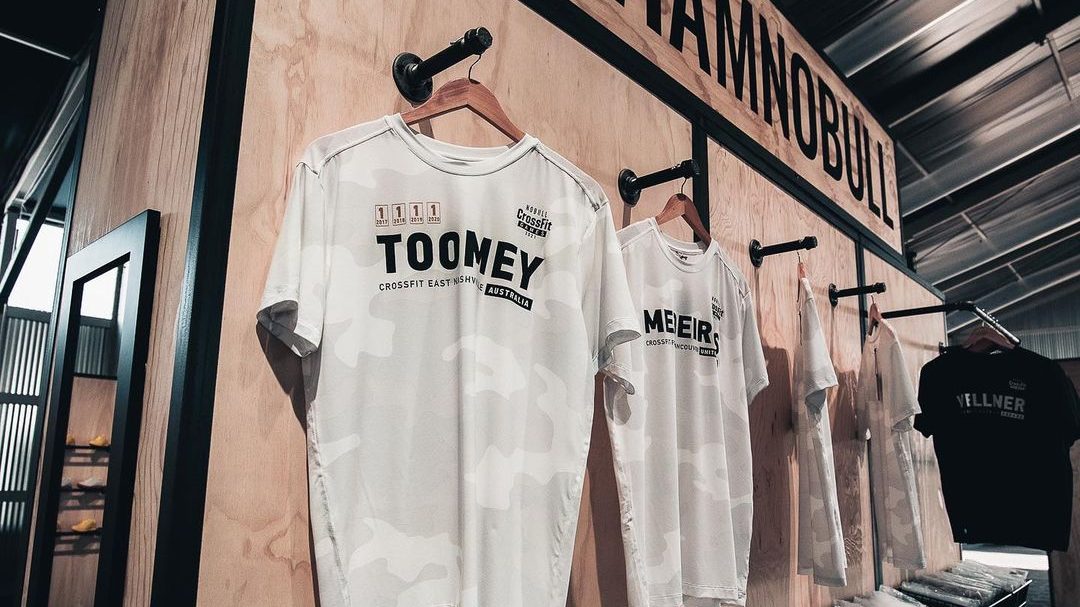 You’re at the CrossFit Games and you walk into the NOBULL store and see your favorite athlete’s name on a replica Games jersey. You purchase one and feel good about representing that athlete thinking you’re supporting them by putting a little extra money in their pocket — except that athlete doesn’t see a single dime from that jersey sale.

When an athlete signs up during CrossFit Open registration, they are required to sign a Publicity Release Waiver that gives up their intellectual property, image and likeness for CrossFit to monetize as they see fit, as stated in the CrossFit Games Competition Rulebook. It’s outlined for the 2022 season under Publicity Release “Nature and Scope of Publicity Release” and details every way imaginable CrossFit may want to use your name or likeness for its benefit.

With that, they license the name of CrossFit Games athletes, in this case to NOBULL, and sell jerseys with the athlete’s name. As the Games sponsor, NOBULL takes home 100 percent of the profits from both in-person and online sales according to athletes interviewed by Morning Chalk Up for this piece.

After speaking with several current Game athletes, managers and coaches, it’s apparent this lack of revenue is not sitting well with them.

This is just one branch of an ever-growing tree when it comes to pushing CrossFit towards becoming a professional sport. Back in August of 2020, during Eric Roza’s first town hall, he indicated he would like more athletes to be able to make a better living as professional CrossFit athletes.

One off-season competition that’s headed in that direction is the Rogue Invitational. They offered athletes a travel stipend of up to $2,000 for those traveling outside of North America, plus five nights hotel stay. And speaking of professionalizing the sport, the Rogue Invitational is the only CrossFit event, including the CrossFit Games, that has no registration fee, pays out all competing athletes and offers comped airfare and lodging to competitors. However, the Dubai CrossFit Championship has for the past several years paid out all athletes but did not offer additional travel stipends. In contrast, the CrossFit Games has an athlete registration fee, no travel stipends and only pays out half of the competitors.

One athlete we spoke with claims NOBULL did in fact plan on paying athletes for jersey sales — however, that never came to fruition. Todd Meleney, NOBULL’s chief marketing officer said they didn’t have enough time.

How the NHL and MLB Handle This

When it comes to North American professional sporting leagues such as the National Hockey League and Major League Baseball, policies vary, however athletes generally get a cut of their specific jersey sales.

When major cuts from the field happened at the 2019 Games, some of those athletes’ jerseys were still being sold. At the time, Reebok — as the title sponsor of the Games — was making a profit off of athletes that were cut from the competition even though they left with nothing. A similar theme continued with NOBULL.

Meleney outlined how NOBULL approaches jersey sales and leftovers from the Games.