Shock, Fear and Gratitude: Two Ukrainian CrossFit Athletes in the U.S. Speak About Their Experience 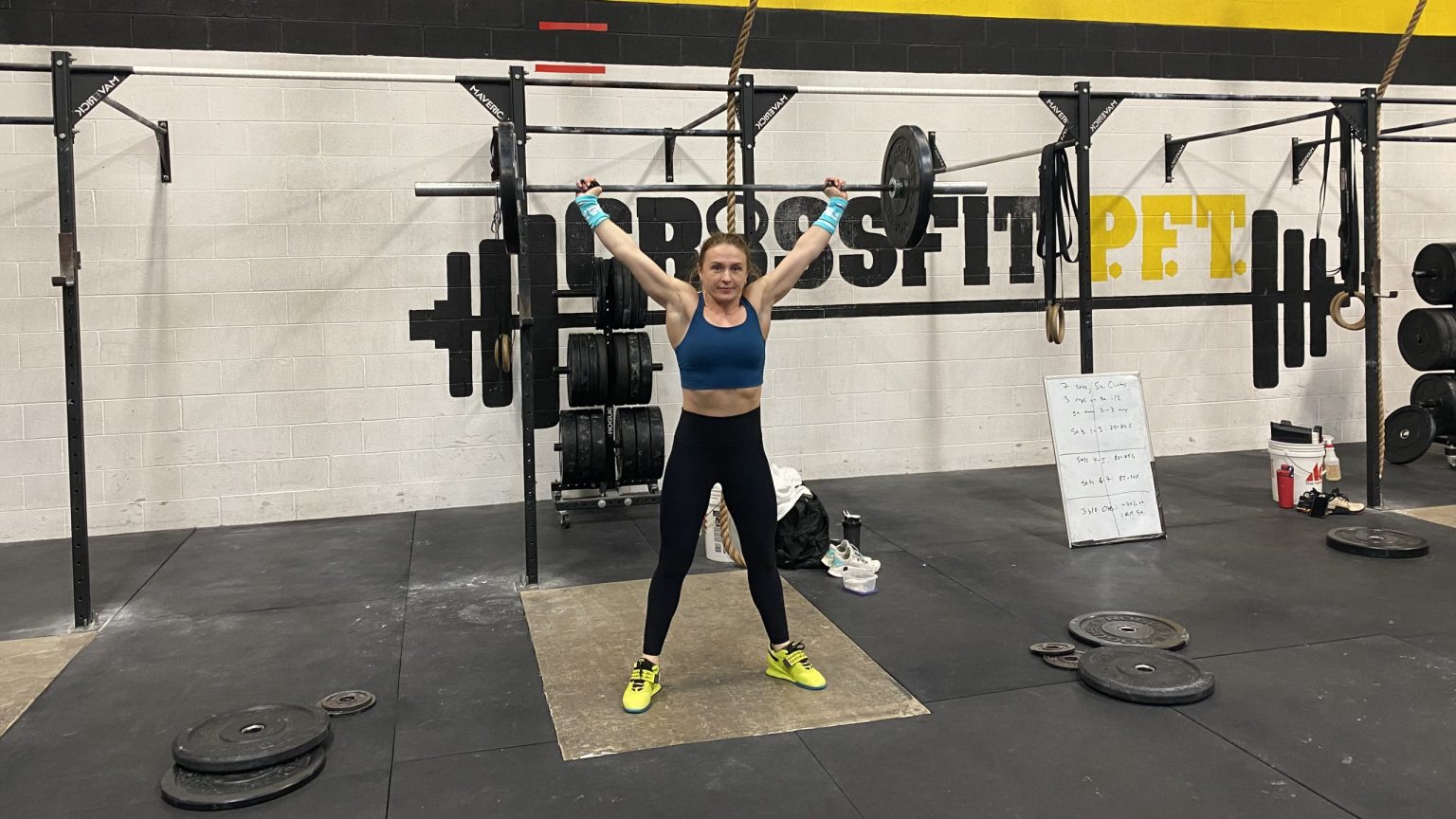 Zhanna Hurska never thought of herself as being all that patriotic to her native land of Ukraine, where she lived until she was 21 before moving to the U.S.

“Neither was my sister,” said 41-year-old Hurska, a long-time member at CrossFit PFT in Highwood, Il., which is located about 30 miles north of Chicago.

But all that changed last week when Russia launched a full-scale offensive on the eastern part of Ukraine, leaving Hurska and her family, who live in Drohobych—a city in western Ukraine, 45 miles from the Polish border—feeling more patriotic than ever.

The night before the Russian invasion on February 24, Hurska’s sister in the Ukraine, Marta Kuchma, wasn’t that worried.

“She even went to a concert,” Hurska said. “I kept asking my sister about what was happening, and she was like, ‘No, nothing is happening. Nobody cares. (Russia) has been on the border for so long,’ but here (in the U.S.) they kept saying, ‘It’s going to happen, it’s going to happen.’”

Nikita Katsman, another member at CrossFit PFT who was born in Kiev and with family in Ukraine, also said he and his family’s first reaction was shock.

“Most people (in Ukraine), including my family members…Nobody actually thought Putin was going to invade,” said Katsman, whose entire mother’s side of the family and his wife’s immediate family live in Ukraine.

“It’s the same blood, it’s the same people. A lot of brothers and sisters and family members across the border between each other. I don’t think anyone actually thought he would send in a full military strike like he did,” he added.

Since then, the shock has worn off and it has become “a lot more real,” leaving Katsman with a mix of emotions, ranging from sadness to anger to fear and a strong desire to help.

On Thursday, the The U.N. refugee agency reported that one million people have fled Ukraine since the invasion. One of Katsman’s wife’s sisters is one of them. She has fled to Poland, while her other sister, a mother of two children, is still in Ukraine and has been separated from her husband, as he was in Poland for work at the time of the invasion and hasn’t been able to return to Ukraine.

Hurska’s family, though, is adamant about staying in Ukraine.

“My sister has a two-year-old and I think if I had a two-year-old I would probably be leaving for Poland…but she’s refusing to leave…Everyone (I talk to in Ukraine) is very united and patriotic, and it doesn’t feel like it’s survival instinct, but more of a stubbornness to fight instinct,” said Hurska, who also has friends in Kiev hiding in their homes fearful for their lives.

The worst part for both Katsman and Hurska is the helplessness they feel.

“You can scream or post messages, but really we can’t do anything…It’s really happening,” Hurska said. “Just so many emotions.”

One of these emotions has been guilt.

“I think a lot of Ukrainians around here are feeling guilt…They want to help in some way, shape or form,” Katsman said.

Hurska admits she’s feeling guilt. As much as going to the gym has helped her cope with the stress of the current situation, she also feels sullen for the fact that she gets to workout in peace at CrossFit PFT.

“I feel guilty about working out because for people over there it’s the least thing on their mind,” she said.

Grateful for the Support

Although it makes her feel guilty to be at the gym, being “around people who care” has helped, Hurska said.

“Everyone comes up and asks about it and says that it’s on their mind…A lot of people are checking in with me, even people I’m not close with asking if there’s anything I need….I didn’t realize everyone cared so much. I was looking into a refugee visa (for my family) just in case, and people are like, ‘I know an immigration lawyer,’” she said, adding that she also has Polish friends in America who have offered homes for her family to stay in Poland should they decide to flee Ukraine, something that has touched her greatly.

“It makes me cry how people have been willing to step in,” she added.

Kastman agrees. As much as the whole experience has been “depressing to say the least,” he’s grateful for the support, and grateful to be in the United States.

“Me and my cousin aren’t serving in the war, and my daughter can grow up not in the circumstances that are happening there…It makes me grateful that I’m here,” he said.