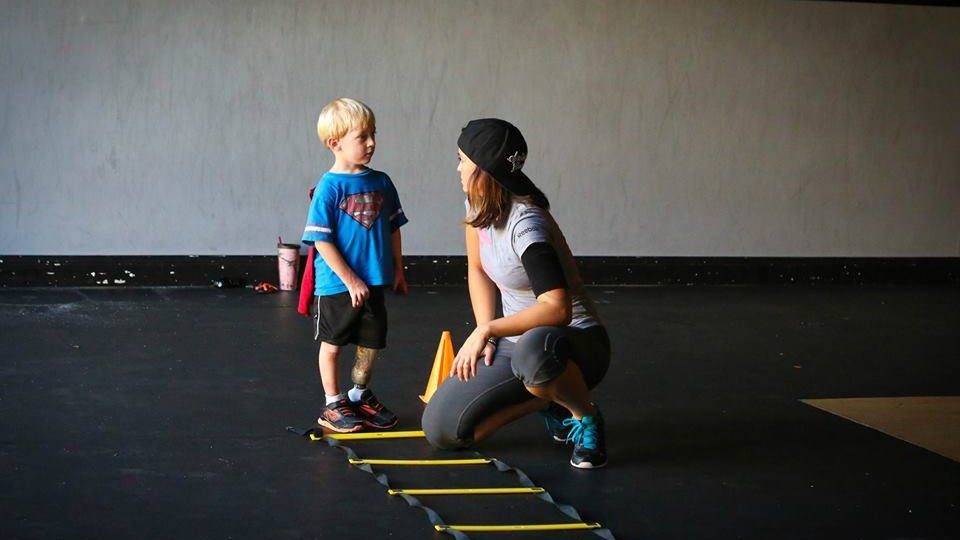 Sixteen years ago, at the age of 21, Marilyn Cruz was in a near fatal car accident when the driver fell asleep at the wheel, an accident that left her with a traumatic brain injury.

“I suffered from amnesia. I didn’t know my name, I couldn’t go back to college or have a job, and for about five or six years I fell into a really dark place. I kind of just lost touch with everything,” said Cruz, now 38.

She likened her experience to the popular Drew Barrymore movie 50 First Dates, where Barrymore has amnesia and is trying to date a man, but she forgets who he is each morning when she wakes up.

“That was my life for many years, waking up and not knowing what my face even looked like or what my name was, and having to ask other people for references of who they remembered me to be,” she said.

“Can you tell me stories about me? Am I funny? Am I serious? How am I even supposed to be? Those were some of the harder questions I never thought I’d have to ask myself in life.”

Eventually, though, Cruz got to a point where she decided, “I don’t give a fuck anymore who I used to be. I need to start redefining who I want to be,” she explained.

“I decided I wanted to change my life and help people that were in a similar situation not have to go through such a dark period,” she added.

At the time, she wasn’t sure what that would look like, but then she found CrossFit and it quickly became one of “the biggest therapies for me,” she said. “It started regenerating my brain cells to the point that I was cognitively making incredible strides.”

That’s when she started “deep diving” into what happened to her and she discovered recent science that suggests physical activity is one of the best ways to get the brain functioning again.

Along the way, Cruz came across a CrossFit video that featured adaptive athletes.

“I had never heard the term adaptive before. I couldn’t resonate with the term disabled and I didn’t want to identify my life in that way. And when I saw the video, it was of a gentleman who had a traumatic brain injury like myself, and he was referring to himself as an adaptive athlete, so I questioned if he was adaptive, does that make me adaptive?”

This led her down a “rabbit hole,” she explained, where she discovered that there weren’t many opportunities for adaptive athletes at the time, which led her to want to help this community. So in 2014, she started the Instagram page I Am Adaptive.

The hashtag #iamadaptive has led tens of thousands of people to share their stories of adaptive athletes breaking down barriers.

“It kind of began as a movement to help people see past what the word disability can do to someone,” she said.

But it quickly became much more than that.

But their biggest success, Cruz explained, has been how the hashtag #iamadaptive has “taken on its own life,”  and has led tens of thousands of people to share their stories of people breaking down barriers, stories Cruz re-shares on her page.

“We pride ourselves a lot on sharing content and creating those connections,” she said.

Cruz’s big picture mission is to help people who have suffered injuries like hers get out of that dark place as fast as possible.

“A big objective of what we do is to help people not spend so much time in that dark phase that can happen after trauma, or after any serious implication that shatters your world and you have to learn how to be again,” she said.

“There’s a world out there of people just like you, and I didn’t know that (after my injury) and that’s what we want to provide the world with, is for them to know that they’re not alone.”

“You’re not alone and there are thousands, if not millions, of people who understand.”

Although her brain injury has been the hardest thing she has ever had to deal with, Cruz also said going through what she did was “the best thing that has ever happened to me because it allowed me to be in a position where I could create something like this.”

Her message: “You’re not alone and there are thousands, if not millions, of people who understand the position you’re in and can be there for you. There’s a world out there to inspire you outside of that difficulty.”

“We are all adaptive beings, and if life ever calls you to be more adaptive, take that opportunity to grow, and know that there’s a world out there to support you.”

Donate to I Am Adaptive here.