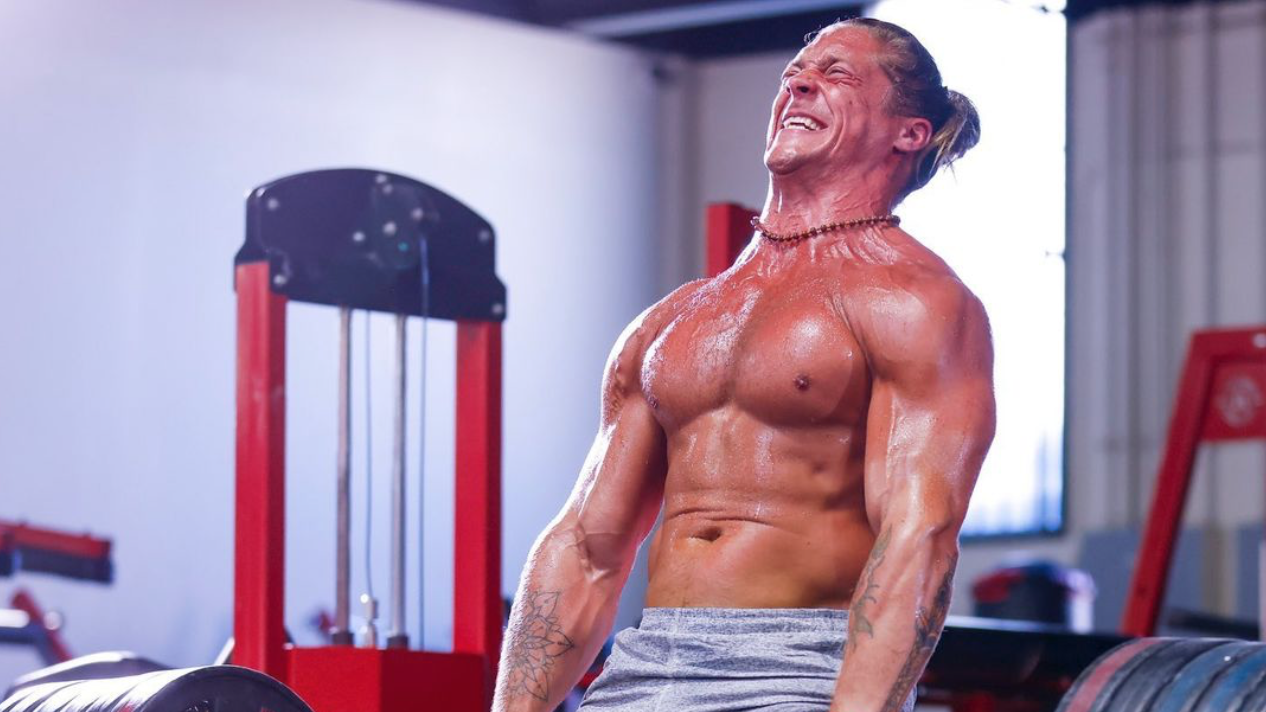 There’s been much talk about week 2 of the NOBULL CrossFit Games Semifinals as the Mid-Atlantic CrossFit Challenge and the Fittest in Cape Town take center stage. However, a big online competition is kcking off, with the same thing on the line, an invitation to the 2022 Games in Madison, WI, this weekend

Three hundred athletes spread across 10 divisions will be tackling six workouts over the course of four days in the first-ever Age Group Online Semifinals.

We will have a brand new champion and contenders for this year’s podium as three-time division champ Kyle Kasperbauer “aged-up” and then retired from competition and podium finishers Adrian Conway and James Hobart are not competing this year. Regardless, this year’s division is stacked with Games veterans that will make this an exciting race.

Three-time Games veteran and fan favorite Sam Dancer is among the favorites to win the Semifinals after winning both the Open and Quarterfinals titles for the division. Roy Gamboa is just one year removed from competing at last year’s Games and finished seventh in the Quarterfinals. Other Games veterans to keep an eye on are Justin Ahrens, Paul Tremblay, Austin Malleolo, Craig Kenney and Frederik Aegidius, who like Dancer and Gamboa are in their first year in the division.

Last year’s third place finisher Aneta Tucker is the lone podium returnee but she will have her hands full as the women’s depth is on par with the mens. Chyna Cho is an early favorite due to her Games and championship pedigree. Emilia Leppänen competed as an individual at the Games last year, finishing 29th in her second Games appearance.

Other Games veterans that will push for the vacated crown are Kelley Jackson and Carleen Mathews. April Payne and Colleen LeHane finished fourth and fifth respectively at last year’s Games in the division.

The entire podium returns for this division as champion Maxime Guyon looks to defend his Games title with runner-up David Johnston and third place finisher Alexandre Jolivet looking to punch their tickets to Madison.

Like Voigt Miller, Jenn Ryan declined her invitation to the Granite Games to compete in the division’s Semifinal. Last year Ryan captained the CrossFit Invictus team at the Games.

Returning champ Jason Grubb has two titles under his belt in the division, a division he dominated at the Games in 2021 with a 90-point victory, the largest in any men’s age group division. Fellow podium finishers Mike Kern and Justin Lasala finished second and third respectively in the Quarterfinals.

Belarusian Vlad Liashkevich won the Quarterfinals by one point over Kern.

The top-3 women from last year’s Games will be competing in this weekend’s Semifinals with last year’s champion Annie Sakamoto leading the charge in what will be a close race for the ten Games spots. Ali Crawford and Jennifer Dieter finished behind Sakamoto with Crawford however standing out in the Quarterfinals with a victory.

Look nowhere else than RJ Mestre for an up-and-coming teen athlete–Mestre has already locked up first place in the first two stages of qualification by a longshot–an eight and 23 point lead over the next finisher in the Open and Quarterfinals respectively.

Ka’eo Subiono made a splash in the Open and Quarterfinals with a third place finish, his highest placement ever in a CrossFit Games competition. The 15-year-old competed in Madison last year and ended in 9th place.

Australian Josh Strange could be a force to be reckoned with this weekend, with a newly minted second place medal from Torian Pro’s 14-15 Boys division under his belt, second place in the Open, and fourth in the Online Qualifier. Just 15-years-old, Strange put up a 225lb lift in the Individual Semifinal Barbell Complex.

15-year-old Lucy McGonigle is the heir apparent to the 14-15 Girls gold medal, after finishing second in the division last year and putting up impressive stats all season. With second-places across the board in 2021, and already a first-place finish in the Open and Age Group Quarterfinals in 2022, the Irish teen will look to continue her trend of ultra-consistency this weekend.

Rylee Beebe, who started CrossFit during quarantine as a supplement to gymnastics and then found herself in 15th place at the CrossFit Games last summer, has shown huge improvements throughout the off-season, including a bronze medal in the stacked 13-15 Girls division at Wodapalooza in January.

Caroline Sabatini may be a rookie, but she’s got CrossFit talent in her blood. Older sister Gigi Sabatini, now set to join Yale’s gymnastics team in the fall, was a force to be reckoned with in the teen division, and Caroline takes right after her. On the young end of the age group, Sabatini placed sixth at her first elite competition – Wodapalooza.

A wildcard pick, longtime CrossFit athlete Brooklynn Sittner might finally crack her way into a qualifying position this year. The 15-year-old Montana native has done CrossFit practically since diapers, and could finally have her name on a Games jersey after a 16th place finish in Quarterfinals.

Elijah Subiono and Aaron Merritt come as a package deal on every leaderboard – sixth and ninth at the 2021 CrossFit Games, first and second in the 2022 Open, fifth and third in Quarterfinals, respectively. They even placed right next to each other at Wodapalooza this year.

Ty Jenkins put on a masterclass in the 14-15 Boys division last year at the Games, and now moving up into the older division, he’s looking ready to continue that streak. Jenkins placed ninth in Quarterfinals, and took advantage of his size and strength against the older guys, putting up a 1057 LBs in the CrossFit total.

Landen Ryan has always been in contention for a CrossFit Games spot, but his travelling lifestyle and Covid have put a dent in his qualification. Until very recently, Ryan’s family traveled the country in an RV, but through the 2022 season Ryan has had a home-base gym to support him through qualification, which shot him up the leaderboard to eighth in Quarterfinals.

Obviously, the names Sophie Shaft and Olivia Kerstetter are absolutely at the top of everyone’s minds not just to make it to the Games this year in the teen division, but to eventually follow in the footsteps of Mallory O’Brien and Emma Cary and become the next big stars of the sport. Shaft, in her last year of qualification for the teen division, will be the biggest threat to Kerstetter’s podium hopes, and both teens look to have a substantial lead over third place.

16-year-old Trista Smith took the Open by storm this year with an 87th place finish in the world, in the Individual Women’s division. After finishing fourth last year in the 14-15 Girls division, Smith seems to have picked up some tips and tricks from fellow CrossFit Fort Vancouver athlete Justin Medeiros in the off season and shot up the leaderboard to third place in the 16-17 Girls division in Quarterfinals.

Hailey Rolfe placed 14th in the Quarterfinals, but shouldn’t be counted out for a Games qualification place. With an impressive emphasis in heavy lifting, but also strong suits in cardio, and no stranger to gymnastics, Rolfe is a strong athlete all around, and could be a force to be reckoned with in her first year in the older division. 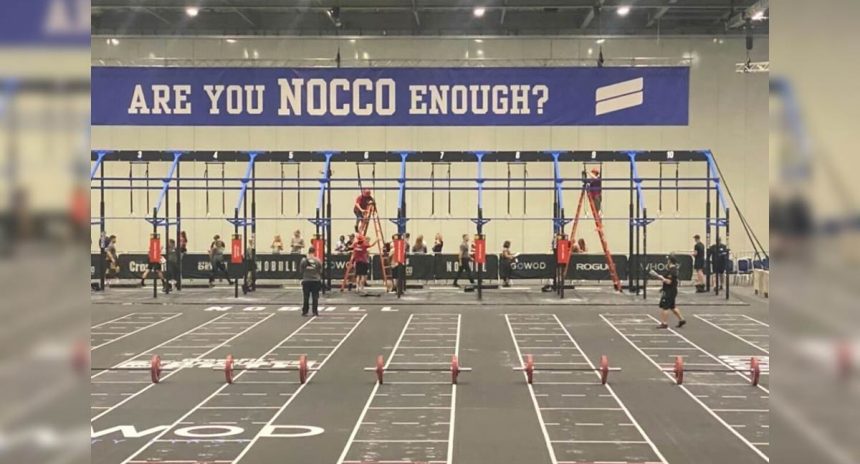 Jun 6 by Morning Chalk Up
Your Coffee is ready.