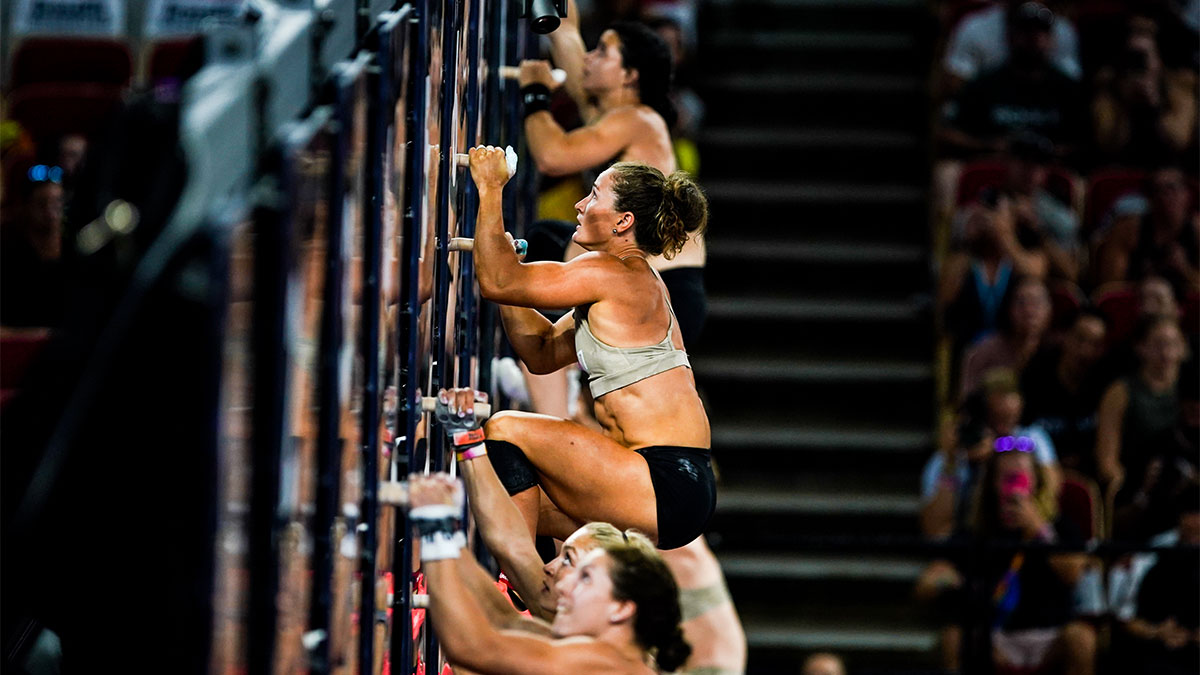 The question heading into the 2022 NOBULL CrossFit Games wasn’t whether or not Tia-Clair Toomey would win her sixth consecutive title in Madison, WI, but rather by how much would she dominate?

But after Day 1, Toomey finds herself without the leader’s jersey for the first time in, well, a long time. She heads into Thursday in eighth place overall.

The details: Toomey started the day out strong, with a second place finish on Event 1—75 Toes-to-Bar, 5-Mile Bike, 75 Chest-to-Bar, 5-Mile Bike—but ran into trouble during the unbroken single-unders portion of Event 2’s Skill Speed Medley. She finished 23rd overall in that event, meaning she failed to advance to the Semifinal round.

Worth Noting: The last time Toomey finished outside the top 20 on any Games event was in 2016 when she was 22nd on Double DT, and this is also the first time since 2016 that Toomey didn’t have an event win on Day 1.

Teenagers Rise: Leading the way after Day 1 are two teenagers, 18-year-old Mal O’Brien in first and the 17-year-old rookie Emma Lawson in second.

One big thing: It was a big day for rookie women in general. Lawson sits in second, Alexis Raptis in sixth, and Rebecca Fuselier in 10th.

The Bottom Line: In the overall scheme of the week, Day 1 doesn’t mean a whole lot; however, it can do a lot to build confidence or break confidence, and ultimately lay a foundation for the remainder of the competition.

And when we compare Toomey to her performances in the last five years, the foundation looks just a bit less stable than anyone is used to, and with the next generation knocking hard on the door.