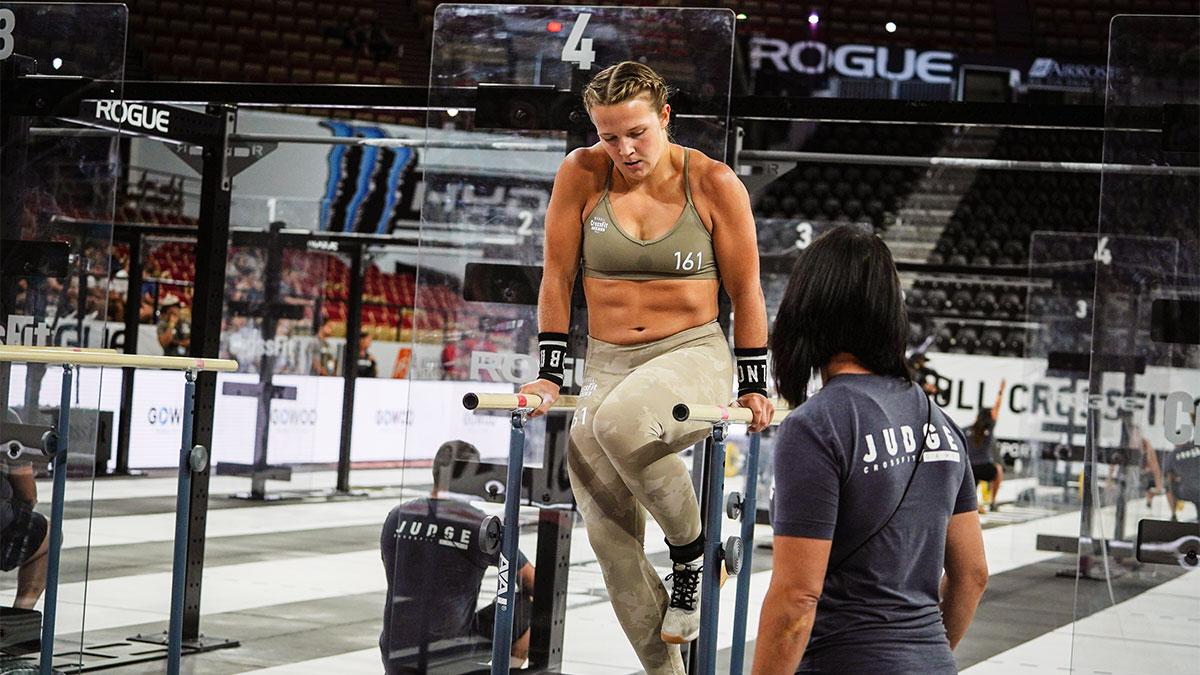 This year’s Rogue Online Qualifier, often referred to as the “Q”, ran August 25-28. A minimum of five men and five women were guaranteed spots to the live Rogue Invitational which will take place October 28-30 in Austin,TX.

There has been quite a bit of shuffling around on the leaderboard as several athletes failed to meet the guidelines as outlined in the directions for the competition since the window to enter scores ended.

On September 6, the asterisks denoting a “not finalized leaderboard” were removed for the Rx division (as of this writing the scaled leaderboard is still listed as not finalized), meaning we know of at least five men and five women who have earned their spot to compete in the live event at the end of October; and it’s a pretty noteworthy list, though with only one 2022 CrossFit Games individual athlete, not necessarily for the traditional reasons.

Some of the names are more recognizable to the casual fan than others, but each of them has a compelling storyline, which can really be broken down into five groups:

Clearly talented, but did not compete at the 2022 Games for unusual circumstances: In this group we have Chandler Smith, Manon Angonese, and Anika Greer. Smith essentially missed out on an opportunity to qualify at the Granite Games due to allergies and/or asthma which was documented by the Buttery Bros and Challenger Film in a short documentary called “In the Arena”.

Athletes who opted to compete in a different part of the season: Both second place finishers, Jorge Fernandez and Olivia Kerstetter, forewent the opportunity to compete as an individual this season in pursuit of something else. Fernandez competed on CrossFit Invictus and wound up on the podium in third place. Kerstetter, at only 16 years old, chose to enter the 16-17 girls division where she won convincingly.

For both athletes, it was a successful year and no one is questioning their decision. However, both athletes also bring a lot of intrigue with them about how they could have fared if they’d opted for the individual route. Now that they’ve qualified for the Rogue Invitational, we’ll get a chance to see how well they fit in, or possibly event stand out.

2020 Games Stage One athletes, Scott Tetlow and Andrea Solberg, have only ever qualified for the CrossFit Games via online competition (and also only competed at the Games online in stage one of 2022). It is no surprise they’ve both done well in an online competition again, but time will tell if they’re capable of raising their level in a live competition against some of the best in the world.

Both Jack Farlow and Bailey Rogers found themselves on the outside looking in after Semifinals this year. Farlow was 9th at the Atlas Games, Rogers was 6th at Torian Pro. It’s reasonable for both athletes to think they have a chance to make the Games next year; competing live at Rogue against that quality of field is as stout of a test as Games hopefuls could ask for.

And that leaves Tim Paulson, who is the only athlete amongst the qualifiers who also competed at the Games this past summer as an individual where he finished 23rd.

Although there’s only one Games athlete from this year in this group of qualifiers, there is the possibility for more than five to be invited to the live competition. Next in line for the women is 19th place finisher from the 2022 Games, Matilde Garnes. And for the men, it’s 24th place finisher Henrik Haapalainen.

Regardless this is both an impressive, but also fascinating group of athletes who have earned a chance to compete in Austin via the “Q”. The question is, is it the best group of Rogue online qualifiers we’ve ever seen?

Remind me: In each of the now four iterations of the Rogue Invitational the process for the online qualifier has been different:

There certainly are some notable names on these lists, and some of the athletes did well, but overall the athletes who make it to the Rogue Invitational via the online qualifier struggle in the live event.

In 2019 only Dani Speegle for the women managed to crack the top ten. The other nine only beat two athletes–Laura Horvath, who failed to meet a minimum work requirement in one of the workouts that year and Margaux Alvarez. Which means absent disqualifications they were 10 of the bottom 11 athletes.

The men in 2019 fared a bit better, with Hoerner, Mayer, and Smith finishing 4th, 5th and 6th respectively. Everyone else was outside the top ten.

In 2020, the finals actually also took place online, which you would think might suit athletes who qualified online better. That was the case for Carolyne Prevost, who finished sixth, and for Caron and Mertens who managed 8th and 9th respectively. The rest of the qualifiers failed to make the top ten, and at least for the men, otherwise only managed to beat one other pre-qualified athlete.

So is this the best Rogue online qualifier group we’ve ever had? Most likely not as it will be a tall task to beat the top athletes from the Games and replicate performances like what we saw from Hoerner, Mayer, and Smith in particular in 2019.

However, in terms of compelling storylines, you’d be hard-pressed to find anything more intriguing than what some of these qualifying athletes have gone through, or have already done this season; and what having the chance to prove themselves at Rogue could mean for their futures in the sport. 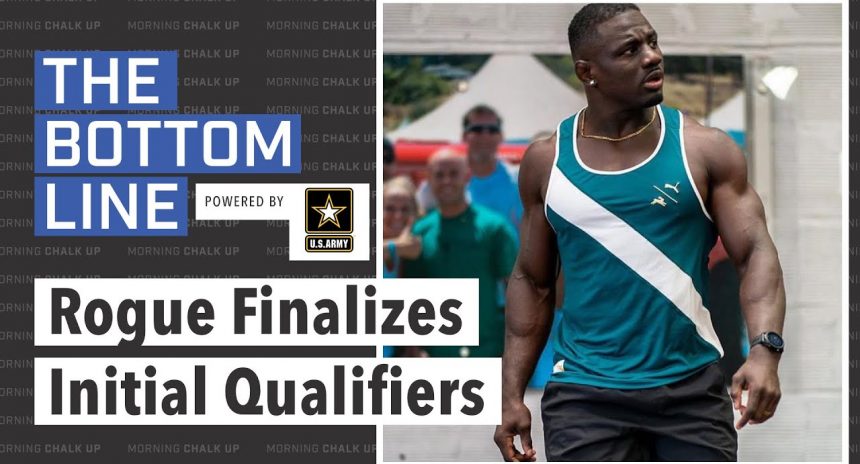 May 1, 2022 by Brian Friend and Katie Gannon
More Competition