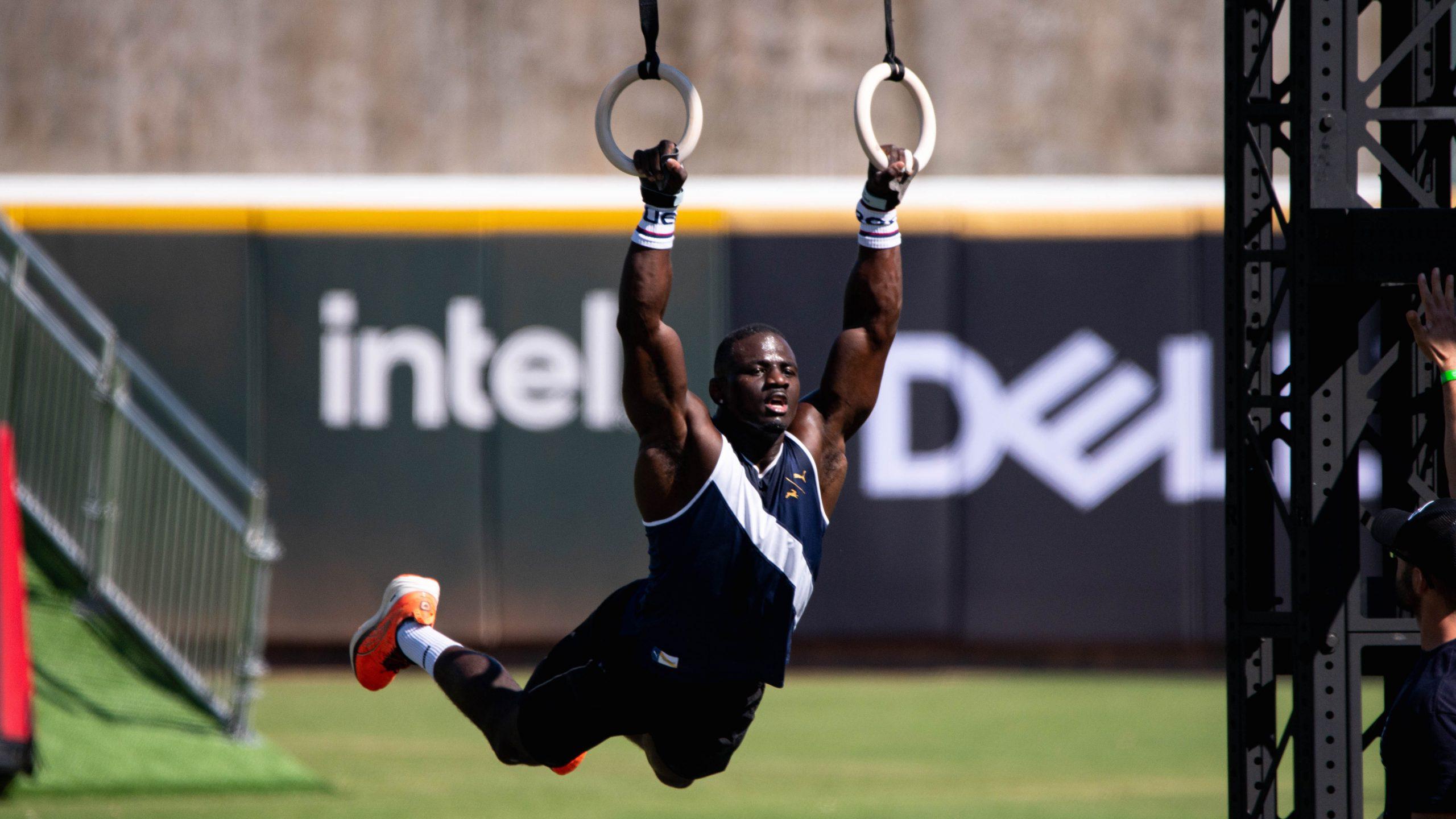 “This is like the least deserved video series in history,” Chandler Smith said in the first seconds of the Buttery Bros’ mini-documentary, “In the Arena,” on his 2022 CrossFit Games run through Semifinals.

While it’s true, Smith failed to qualify for the CrossFit Games in 2022, it’s safe to say that his comeback campaign was in full swing at the Dell Diamond in Round Rock, TX.

Remind me: A name to watch entering Granite Games in 2022, Smith’s season was derailed by a battle with asthma likely caused by pollen in the Upper Midwest air.

A fast start: Smith kicked off the competition with a sixth-place finish in the surprise “Texas Trail,” a 30+-minute trail run event that included a ruck pack and sandbag lifts.

Extra motivation: The heat win in Ski Bar was unique for Smith. The Rogue Invitational marked the first time that his dad, NFL veteran and current Dallas Cowboys strength and conditioning coach Cedric Smith, has been in the stands for a CrossFit competition.

By the end of Friday evening, Smith had amassed 275 and was tied for sixth place with Samuel Kwant and 25 points behind a third-place podium position by 25 points.

Moving day: The comeback took a turn midway through Saturday’s schedule. Smith began cranking out top-three finishes, starting with “The Duel II,” and began working his way back up the leaderboard.

Ending Saturday night on a high note, with an event win, Smith closed out the second-to-last day of the competition in fourth with 490 points, only 5 points out of a podium spot and 40 points behind overall leader, Roman Khrennikov.

The final day: Smith got off to a solid start on the final day of the competition, taking third place in the “Snatch and Press,” a repeat event from 2019 that was a couplet of 100-pound dumbbell snatches and parallette handstand push-ups. Smith finished with a time of 7:55.27, compared to his 2019 finish at 8:56.69 (over a minute improvement).

Heading into the final event of the competition, Smith was in third place with 630 points, trailing Patrick Vellner who had 650 and Justin Medeiros who had 655. Jeffrey Adler was hot on Smith’s heels with 615.

The bottom line: In the end, Smith finished second overall against the toughest field in the off season. While Medeiros took his second straight Rogue Invitational victory, Smith’s comeback may be even more impressive.