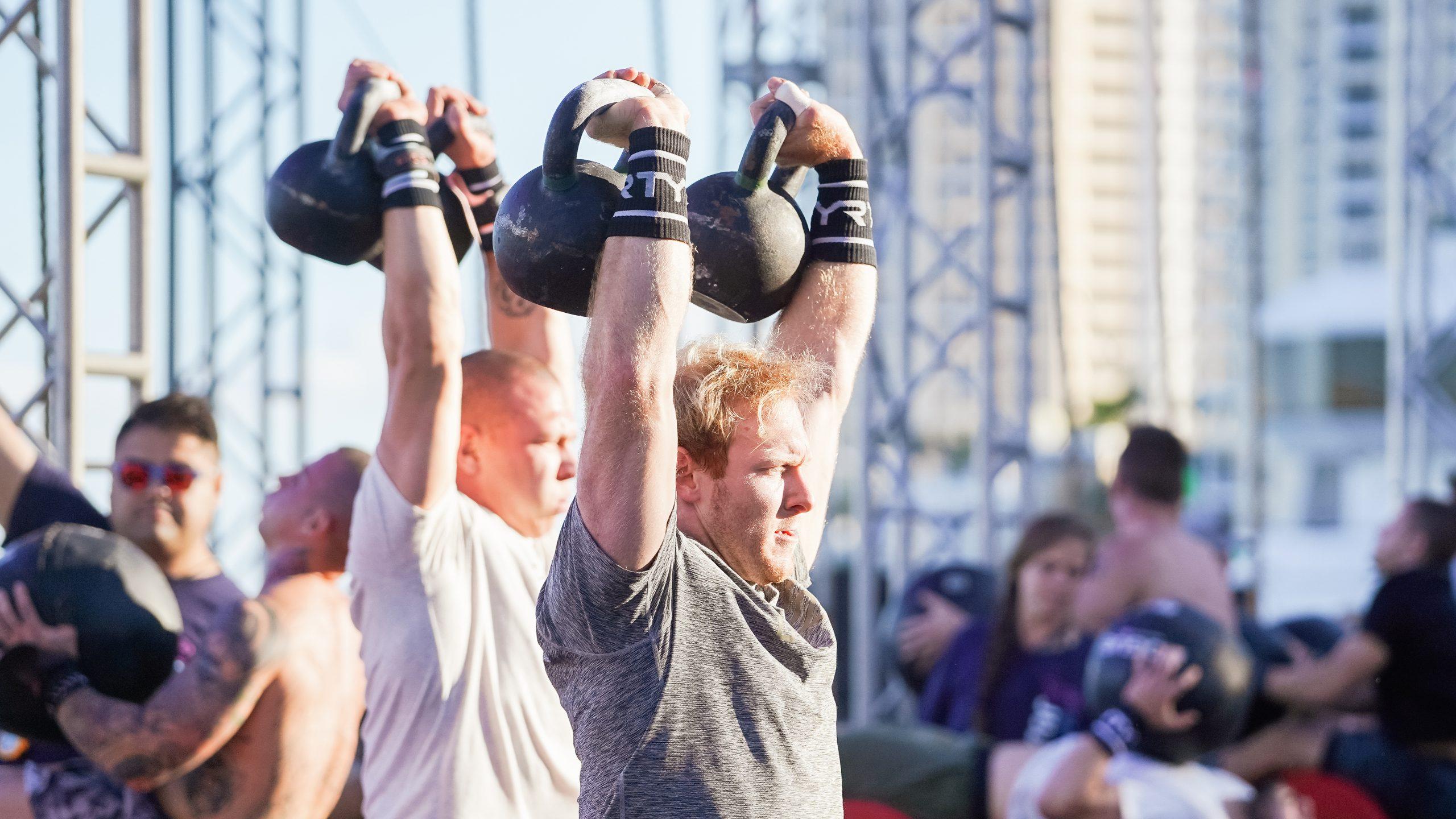 The 2023 TYR Wodapalooza kicked off on Thursday, January 12, with three events (four scored) for the individual athletes. The men’s side was stacked with talent, but three standout competitors from the NOBULL CrossFit Games – Ricky Garard, Patrick Vellner, and Roman Khrennikov – stole the show.

Event 1: Rings and Squats – The start of TYR Wodapalooza was a test of strength and gymnastics. The event kicked off with a 21-15-9 format of ring muscle-ups and different types of squats. The first round was back squats, the second was front squats, and the final was overhead squats.

Event 2: Back to the Future – The second event was a grueling chipper with a time cap of 22 minutes. The athletes started with five legless rope climbs before continuing with 40 weighted GHD sit-ups (20 pounds), 30-meter double KB overhead walking lunge, 20 double KB hang clean and jerks, and a one-mile run.

After a one-mile run, the athletes returned to their kettlebells. They first did 20 double KB thrusters before closing out the event with 30 double KB front rack walking lunges, 40 GHD sit-ups, and five rope climbs.

Event 3: Start Fast and Finish Strong – The final event of the day was a two-parter. The first part was an 11-22-11 sprint of toes-to-bar and hurdle jumps. The athletes also had to end each round with a 44-yard shuttle run.

Part two of the workout began at the five-minute mark. The athletes then had to complete a 1,000-meter row, 20 D-ball cleans (150 pounds), and a 300-foot D-ball bearhug carry. They had 10 minutes to complete this portion.

The top-five athletes after the opening day:

One big thing: There are numerous CrossFit stars that will draw considerable attention during the second day of TYR Wodapalooza. One other name that requires watching is Cole Greashaber. He has been incredibly consistent thus far, securing three top-five finishes, as well as a seventh, to move into fourth on the leaderboard. He is becoming a threat to steal a podium spot.

The bottom line: The expectation heading toward TYR Wodapalooza was that Garard, Khrennikov, and Vellner would be the names to watch. They all contended for podium spots at the NOBULL CrossFit Games, and they had big moments at the Rogue Invitational.

The members of this trio did not disappoint on the first day, and they will only have more opportunities on Friday. There are three events on tap, but two of them have two parts. This means that 500 points are in play, which will only create considerable intrigue at the top of the leaderboard.