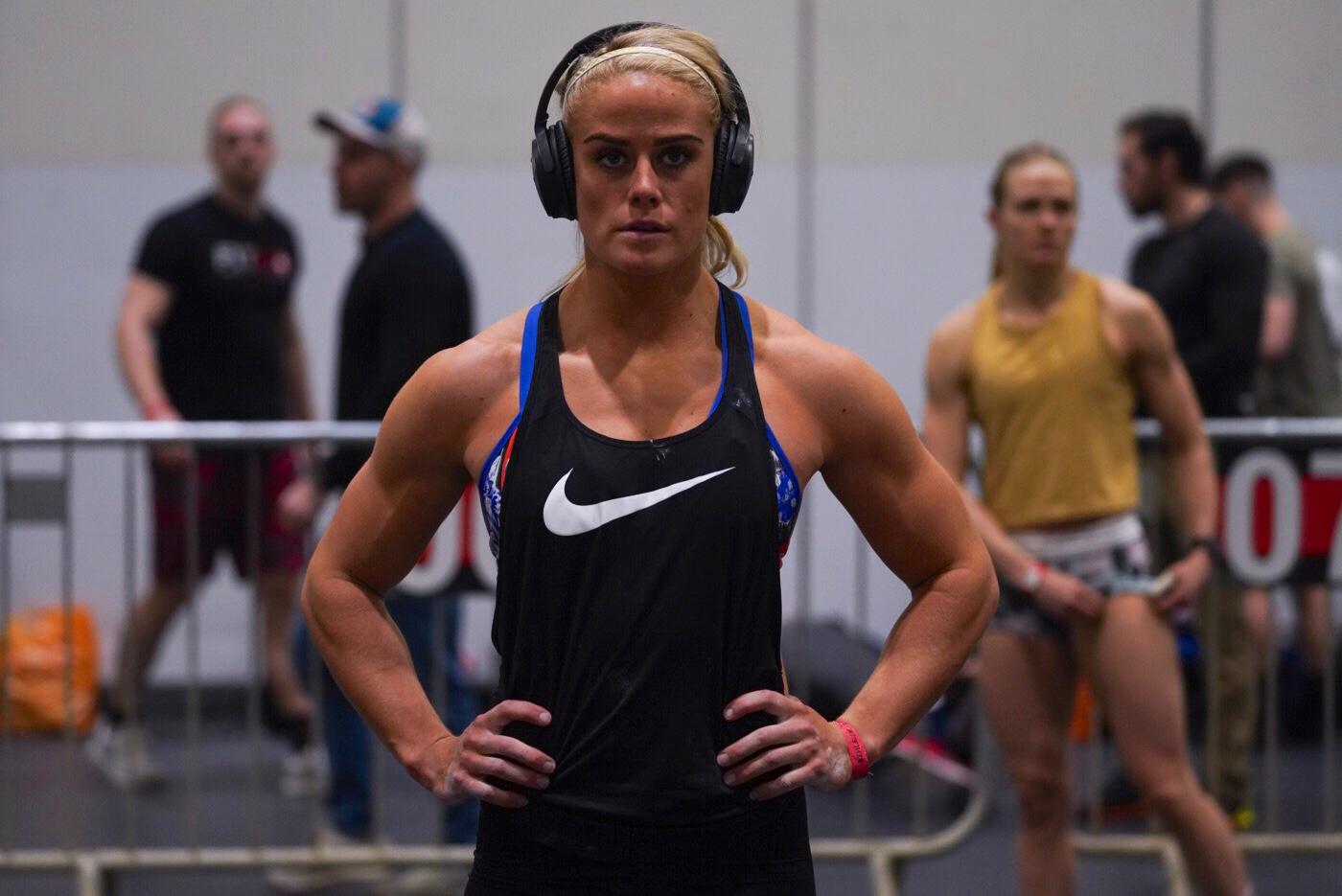 The first of two days of competition at the CrossFit Strength in Depth is all wrapped up.

Four events were on the docket for the individuals as well as the teams. If you haven’t already take a peek at our new Live Blog we took for a spin to start the weekend, which includes some stats and highlights throughout the event.

Before the competition even started, one of the big names on the men’s side was out of the running. Two-time Games qualifier Alec Smith withdrew from the competition due to an illness, opening up a potential podium spot.

Two events in, and another big name had withdrawn.

This time is was the France’s Willy Georges – a favorite to win the event – who pulled out due to an illness, which opened the door further for some new names to step up.

Bronislaw Olenkowicz answered the call in a big way, winning back to back workouts to close the day and secure a 26 point lead over 2nd place Drew Wayman. Olenkowicz leads a pack of 4 relative unknowns at the top of the leaderboard, in the now wide open men’s race.

Olenkowicz wisely declined his final lift attempts in workout 3, having secured the top lift early, and instead saved his energy for workout 4 which began one minute after the timecap in workout 3.

The extra rest helped the Polish powerhouse charge to the front of the pack in lane 1 to secure another win, and the overall lead in dramatic fashion.

Through four events it certainly looks like Sara Sigmundsdottir has her mojo back. A three horse race between her, Jamie Greene, and Dani Speegle, has seen Sigmundsdottir bookend her day with workout wins, tie her personal best in the snatch, and never finish lower than 2nd.

Sigmundsdottir opened the competition by with a win in 19.1, and her score of 350 reps would currently place her first in the world on the Open leaderboard at the time of publishing.

In workout 2,  Jamie Greene managed to turn the 10 rounds of bar muscle-ups, handstand walking, and dumbbell snatches into a sprint, racing between transitions and going unbroken on every movement to earn the win and move into a tie with Sigmundsdottir for the overall lead after 2 events.

Speegle answered back with a win of her own, snatching 100kg (220lbs) in workout 3 and matching her 100kg lift from Dubai. Sigmundsdottir would get the last laugh, winning workout 4 by going touch and go for sets of 5 reps throughout her 30 clean and jerks, when everyone else was reduced to singles.

The win solidified her in the top spot overall going into the final day, with Greene and Speegle in a tight race for 2nd. The three women are the clear frontrunners for not just the top spot, but the podium as well, with Emma McQuaid more than 40 points back in 4th place.

Four workouts for the teams have resulted in four wins for the Central Beasts team on day 1. The super team from the United States is the clear frontrunner with a 64 point lead over 2nd place Team JST Compete – Black.

This is the second sanctioned event for the Central Beasts, led most notably by two-time individual Games qualifier Nicole Holcomb. They previously finished 5th at the Dubai CrossFit Championship in December, and are now poised to earn themselves an invite to the CrossFit Games.

In the final three events, the Central Beast team needs to average a 5th place finish in each event to guarantee themselves the win and trip to Madison.