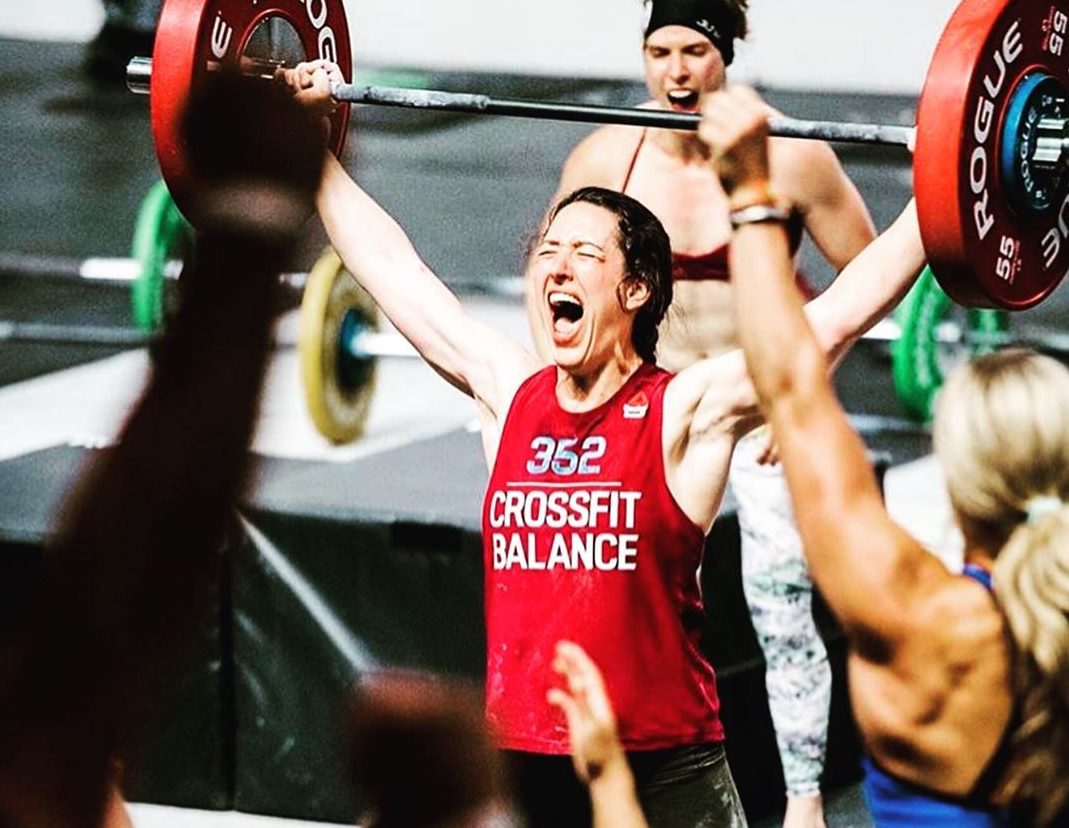 Last weekend at the Rogue Invitational in Columbus, OH one spectator got the chance of a lifetime. She got to hop on a team and compete alongside elite athletes in an official CrossFit Sanctional.

How does that even happen?

During the Go Ruck team event, Elizabeth Parry of team CrossFit Balance was pushing the back end of their cart when she sliced through her middle and ring finger, as well as fracturing her ring finger, when their cart hit one of the metal signs on the field. Elizabeth told her teammates she was fine, keep going, and the team finished that event in third place.

Then she ran straight to the medics, who took one look at her hand and sent her to the ER immediately.

But the show must go on.

Catlin Meade trains with Parry at CrossFit Balance in Washington, D.C at 6:00 AM every morning. Shel also travels with the team as a helper when she can.

Once Elizabeth realized she wouldn’t be able to return to the competition, she looked at Catlin and told her she had to do it. “Catlin thought I was crazy but when they okay’d her I told her to GO! And that’s what she did,” Elizabeth told us.

So she hustled back to the venue and joined Team CrossFit Balance to finish out the compeition. On the team chipper, Catlin even hit a 145 pound snatch on the competition floor, which is only five pounds under her lifetime best.

“I was terrified going into the team chipper because other than thrusters nothing was a particularly strong movement for me. During a muscle-up I saw Liz taking a seat in the stadium and I got very emotional. Knowing she was there really pushed me,” Catlin told us.

Elizabeth, after getting her hand stitched back together, came right back to Rogue HQ to watch her team compete.

“When I was finally released from the ER and we ran into that arena and saw her on that floor I couldn’t help but be overwhelmed with joy (along with a lot of tears),” Elizabeth wrote on her Instagram. “She’s amazing. I couldn’t be more proud of the experience she got and how she handled herself. It was awesome,” Elizabeth said.