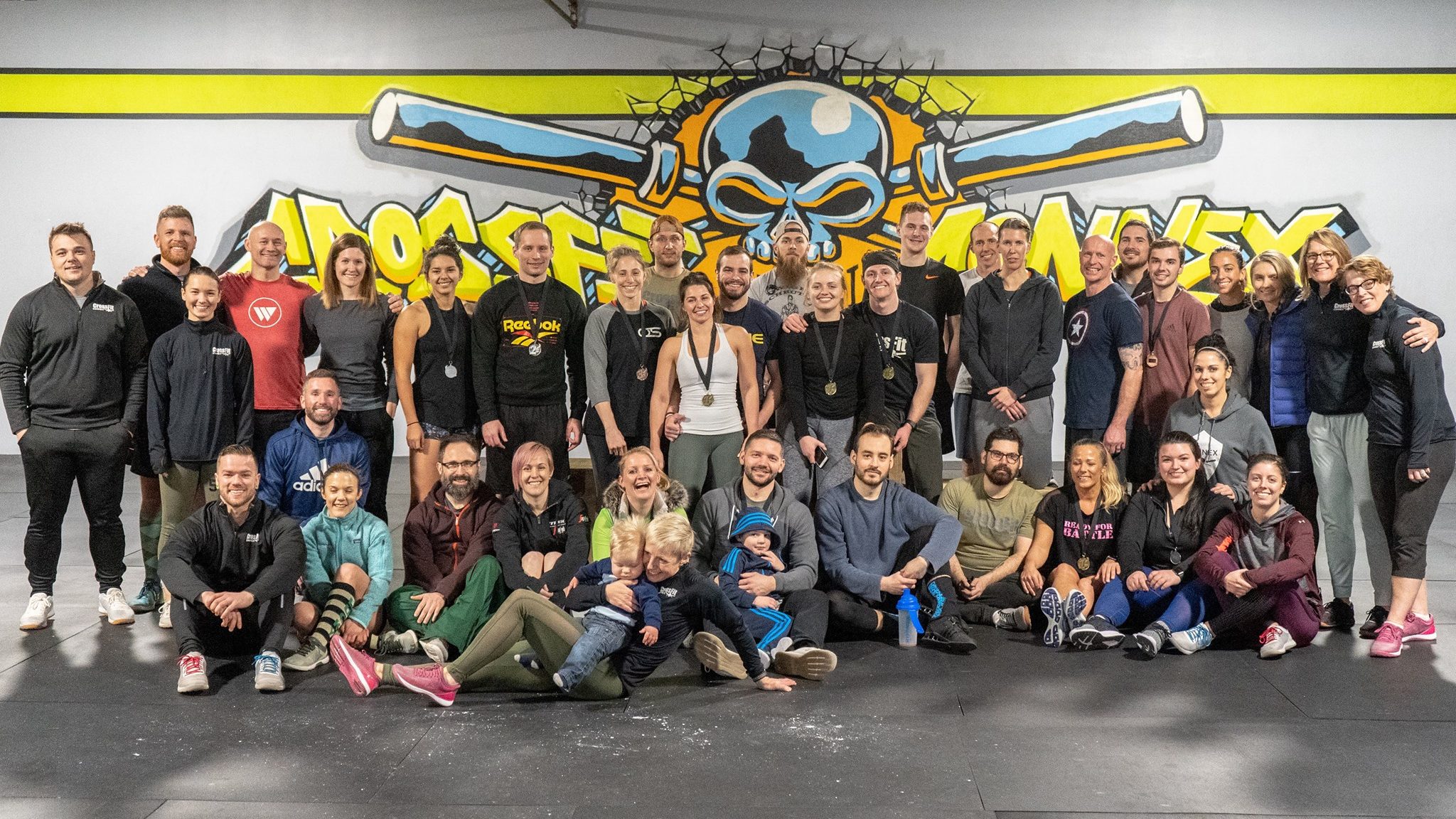 At last count that was the population in the city of Madison. Add a few thousand CrossFitters to the mix for the weekend and it’s got to be good for business.

CrossFit Connex is one of more than a dozen local affiliates — 14 at last count — operating in the wider Dane County area. The box has grown their membership to almost 100 since opening in 2011.

Connex wasn’t the very first box to start throwing down in Madison, but it was one of the originals. It’s also steeped in CrossFit Games history with original owner Emily Yates — a regionals athlete — and one of the box’s first coaches, Connor Nellans (now CrossFit Invictus) qualifying as the National Champion from Luxembourg this year.

Connex owner, Chardae Mara, said this year has already been their busiest yet in the week leading up to the Games: “We’ve had a ton of drop-ins, a lot of Games athletes coming through and just people who wanted to get here early enough, work out the lay of the land,” she said.

The box — like many businesses in Madison — has welcomed the CrossFit community with open arms. Every athlete who’s competing at the Games was offered a free drop-in at CrossFit Connex, as is the case with many boxes in the area.

Chardare said her members have trained with some of their favorite athletes as well as national champions from “Serbia, fittest in Dominican, Czech Republic, all over.”

The Morning Chalk Up team also dropped in for a workout, alongside Colin Cartee, from CrossFit OC3.

“It’s been truly a family feeling when you get to drop in and, you know, there’s no questions asked,” Cartee said.

Owning an affiliate in the Midwest (OC3) he added: “I want to be with the people that I train every day and the people who kinda keep me in business, so if I can go to a local box, that’s where I’m going to go.”

For Chardare, the benefits of hosting the Games in Madison can be seen beyond the box. “For the city of Madison it’s huge. I’ve had members that come up to me that run businesses that want to know what they can do to promote themselves during the Games. It brings so many people together within this small space and we get to meet people from all over the world,” Chardare said.

CrossFit Connex has also partnered with brands like NOCCO and Theragun to host free workouts for spectators, here you can see their full timetable.

There’s a ton of spectator workout experiences both in and around the Alliant Energy  Centre throughout Madison this weekend.