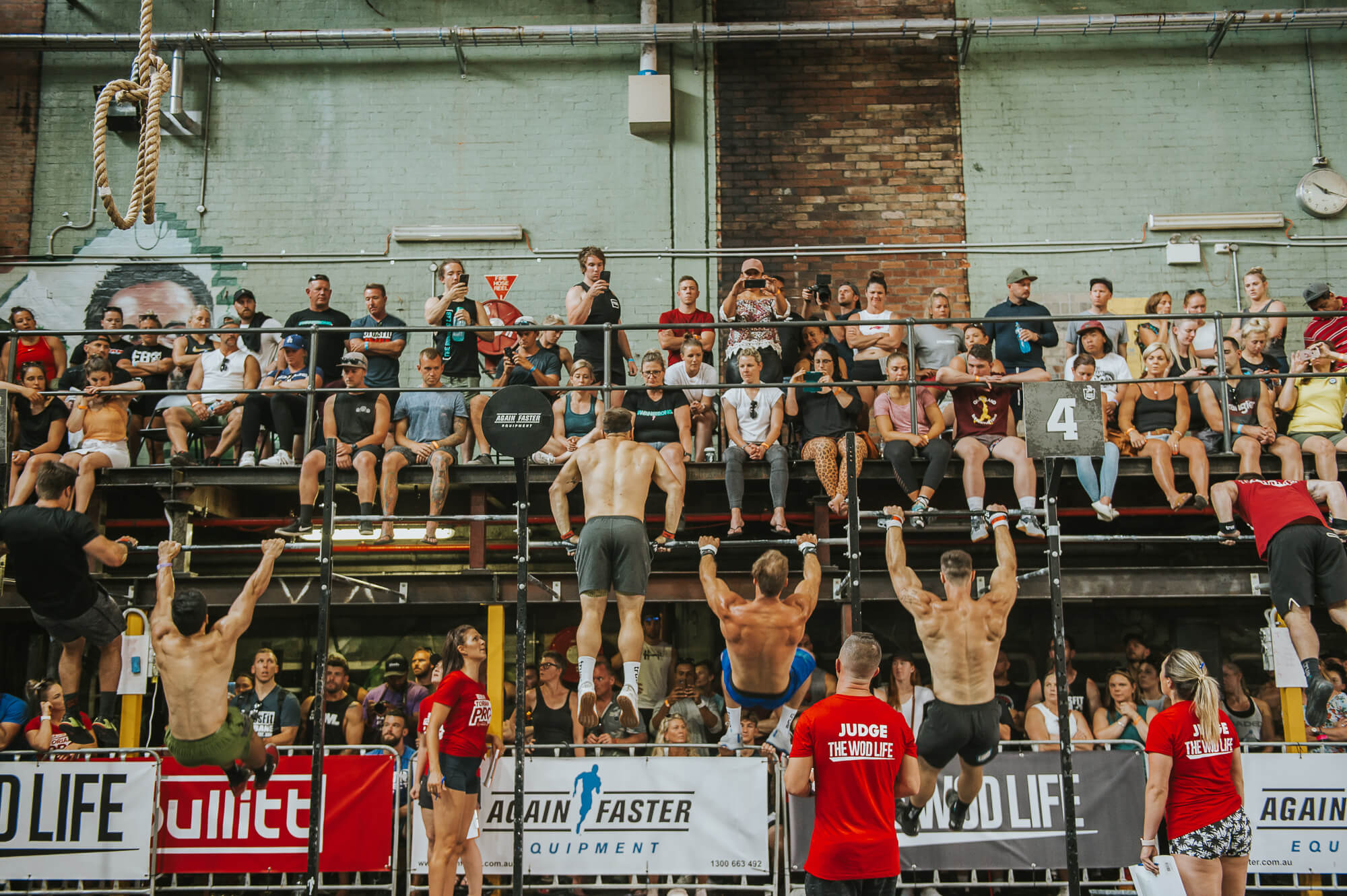 Rich Froning, Tia-Clair Toomey, Chyna Cho and Tasia Percevecz: four names that claimed a big percentage of the 2019 podiums, will also compete November 8-10 at one of the first events of the 2020 season, even before the end of the Open.

It’s not sanctioned or officially licensed but that’s the goal – The Torian Pro in Brisbane, Australia is pulling out all the stops to get CrossFit’s attention and make their ‘local’ competition one of the premiere events on the global CrossFit calendar.

“We 100 per cent wanted it sanctioned,” said Torian co-owner Johno Snape, but when the official tick didn’t go their way, it put things in perspective.

“We started this event (in 2015) to give an opportunity for people in the community and because we want to grow the sport in Australia,” Torian co-owner Mike Towner told the Morning Chalk Up.

Securing Reebok as the title sponsor for 2019 has certainly upped the ante for the competition this November, where 542 athletes will compete across 8 divisions.

A Reebok spokesperson told the Morning Chalk Up, the fact the event isn’t sanctioned wasn’t a deterrent.

“Our commitment to CrossFit goes beyond the Games and Sanctioned events. We truly believe in the grassroots and community, and partnering up with an event like the Torian Pro is aligned to our vision.”

Again Faster – the equipment supplier – is also proud of the association.

“We know they will put on an event to rival the sanctional events. The quality of athlete they have attracted this year only goes to prove that the event is destined to be the premier CrossFit event in Australia,” an Again Faster spokesperson said.

Increased sponsorship since the event’s inception has now allowed ‘Team Torian’ to attract CrossFit royalty. This year, organisers make no apology for funding the travel expenses and accommodation costs for Team Mayhem.

“If you run a golf tournament you incentivize Tiger Woods to come. It obviously gives the event exposure, it gives people in Australia who wouldn’t have an opportunity to see Rich compete … they can just walk down the road and come to our event,” Torian’s Johno Snape added.

Joining Rich and Tia in the pro-pairs division will be former second Fittest Woman on Earth Kara Saunders making her postpartum comeback, 5 months since giving birth.

Four times Games athlete Khan Porter has also been handed one of several pro cards to compete and told the Morning Chalk Up: “They’re a proven competition run by a great crew. I don’t think they should take the place of other events, but see no reason why they shouldn’t be sanctioned as well.”

There’s other events in the same boat.

Perhaps a few years junior to the Torian Pro is the Iron Games Fitness Festival to be held in Southern Utah from September 5-7. Also boasting big sponsors like Brute Strength and FNX, organisers told the Morning Chalk Up, while it’s the long term goal, the community aspect is more important than obtaining an official tick from CrossFit.

“We would love to be a Sanctioned event however, we believe that it’s a by-product that comes from providing an incredible experience year in and out at the level we are at and that we continue to grow to,” said Brigham Nielsen.

“We want to focus on the process and the people involved now, naturally as The Iron Games grow the people will be a big part of it because they will have shared their experiences with others to grow it.”

So, what does it take to become a sanctioned event?

We reached out to CrossFit’s Noor Greene from the Sanctioned and Licensed Events team who confirmed the 2020 Sanctionals calendar is complete.

“We have not yet started the process of adding events to the 2021 season. However, we are not planning on adding nearly as many Sanctionals as we did for the 2020 season,” she said.

“The qualification process for becoming a Sanctional is highly individualized. Each Sanctional has a unique reason as to why they carry the CrossFit name. The common denominator is that they all serve the CrossFit community on both the micro and macro level.”The Torian Pro will be live streamed you can also keep tabs on the entire season schedule here.