“Must jump over the barbell using a two-foot takeoff. Single-legged jumping or stepping over the bar is not permitted.”

That is the explicit language in the movement standards for the bar-facing burpee in Open workout 20.1. The current debate amongst the community is whether or not a significant portion of athletes – top performers included – are actually adhering to that standard in their workout submissions.

The move in question: Many athletes are choosing to either step or jump up from the burpee with one foot ahead of the other as they gather to jump over the bar. This creates a staggered stance in relation to the barbell and generally allows the athlete to start the process of turning around for the next rep prior to jumping, and continuing it as they cross over for the next rep.

To be clear, we’re talking about fractions of a second in total.

Case in Point: 2018 Regionals, and 2016 Games. These were the last two times bar-facing burpees showed up outside of the Open in the other stages of CrossFit competition. In both instances, the exact same “issue,” is rampant across the board, with top athletes being no exception.

Clearly there is a precedent for this being allowed in CrossFit competition at every level. That’s not to say that it shouldn’t or couldn’t be fixed, however it’s only been an issue in recent history. With that in mind there have been two primary schools of thought emerging regarding this issue.

Regardless of past history or rules, this does not fit within the movement standards and something must be done about it. The spirit of the rule and standard is being broken, and generally speaking with higher stakes in the Open, the ruleset and standards should be tightened up a bit and athletes held to the highest standard.

#2 – Nothing Really to See Here

Essentially business as usual, or in the very least it’s a non-issue for this season given the above precedent and general allowance and usage across the board. Athletes are still going through the process of gathering and initialing with two feet, and the frame by frame investigation needed of the video to discover the infraction is evidence that it’s overblown.

Naysayers won’t be satisfied with either of these scenarios unless punishments start getting handed out like fun size Snickers on Halloween. Either way it’s an important discussion because ultimately the community can have influence over how the sport evolves going forward. 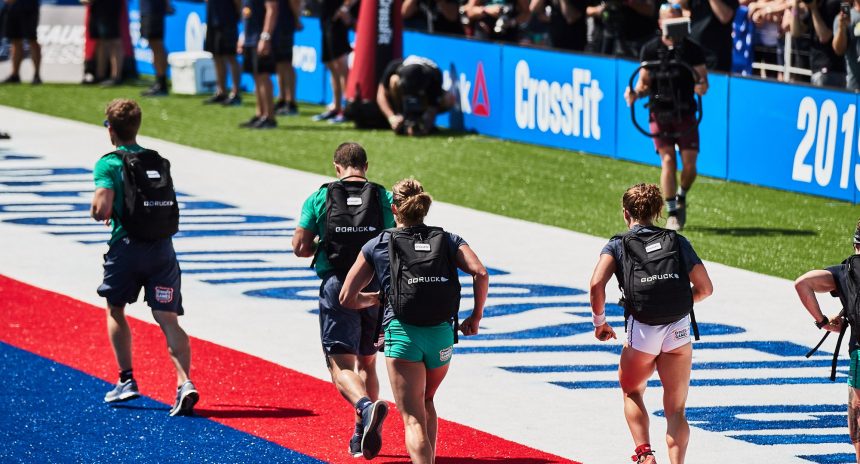