But Does Your Mother’s Medical Group Pay For CrossFit? 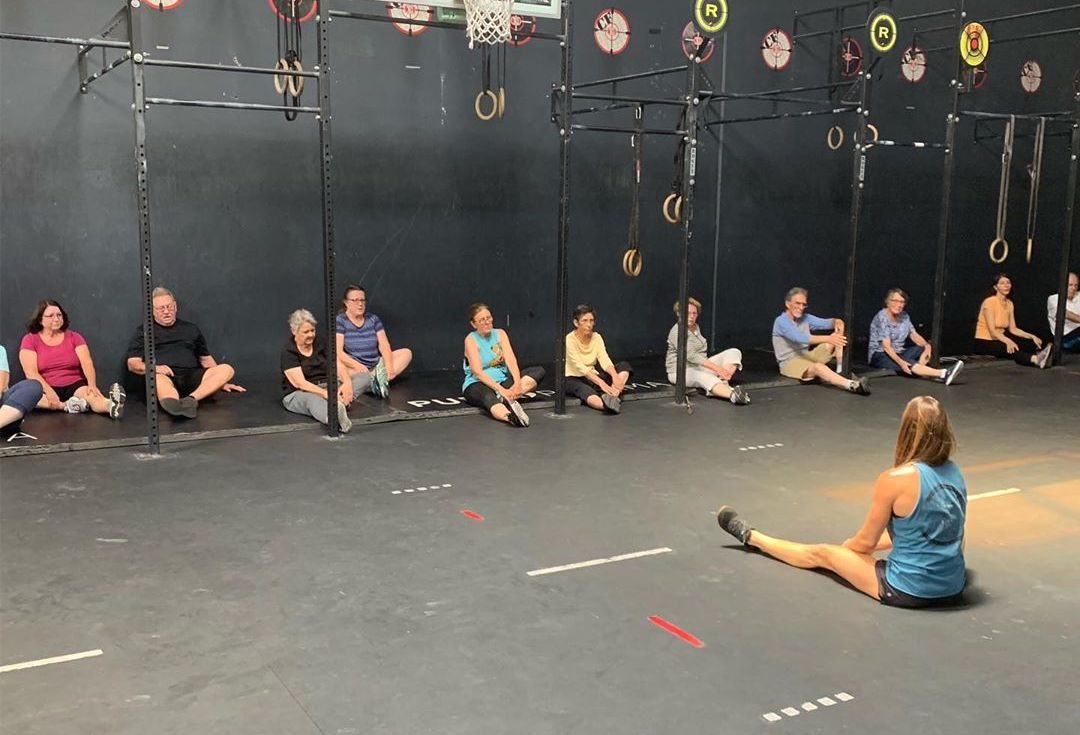 Jon Levell has coached at CrossFit by Overload in Murrieta, CA since 2009. He’s been in this game for a while now. In 2016 he took a step forward and bought the affiliate, with his wife Kira. But everyday, before coaching all afternoon and evening, Levell goes to his day job as a business manager in the Loma Linda Hospital System.

And then, about six months ago, Levell had an idea.

What if he blended both jobs together?

“Most of the time, it’s cookie cutter. You get transportation, diabetes, discount on memberships to Country Clubs, it’s all over the place. CrossFit has never been a part of any of this stuff, this is the definitely the first one ever,” Levell told Morning Chalk Up.

Yes, CrossFit for senior citizens, paid for by their health insurance.

And, lucky for everyone, there was a CrossFitter on the inside too. “I am a member at CrossFit by Overload so it felt logical for me to reach out to Jon as a first step for the Murrieta/Temecula area. He and the coaches have just as much of a passion for the senior community as we do,” said Chandler Hall, Community Representative at Rancho Family Medical Group.

“Unfortunately, a lot of seniors are super intimidated by the concept of CrossFit and don’t realize how modifiable all the movements really are. It’s my goal and I believe CrossFit by Overload’s goal to bridge the gap between seniors and CrossFit. It’s Rancho Family Medical Group’s goal to bridge the gap between preventative medicine, nutrition, exercise and their patients here in Southwest Riverside,” she told the Morning Chalk Up.

Rancho Family Medical is the largest group in the Temecula and Murrieta area in Southern California. Because Levell works in the hospital system, he knew that most of the independent practice associations (IPAs) offered yoga, pilates, nutrition, and cardio.

But Levell, knowing the benefits of CrossFit and having an understanding of the insides of the medical system, suggested that Racho Family Medical offer CrossFit as one of their plan perks.

“I said, let’s just try this class and see and it’s been wildly successful. And now their doctors are asking about trying CrossFit and being involved, and now Rancho Family Medicine and their 250 staff, we’re going to be working on a Wellness Program so their staff can be involved,” said Levell.

It worked, and they gave him and CrossFit By Overload a month-to-month contract.

The class has doubled, with more than 40 athletes currently enrolled.

The physicians group utilizing the program serves 20,000 lives in the area and wants Levell to expand to five days a week. He cannot do that at CrossFit by Overload alone, so he is currently reaching out to nine other area gyms from Fallbrook to Menifee to Temecula.

Levell, who used to work for CrossFit HQ and still identifies with the mission of CrossFit Health, understands the problem. “I consider Overload very close to where they’re (HQ) going, and try to keep up with all of this, and what has happened. I think we’ve surpassed even the momentum of what HQ is doing because now this model can be duplicated and this is kind of what should be done nationally on a larger scale, because this is what he’s talking about. The battling chronic disease and giving this type of footprint for other types of business to take hold of, especially other IPA’s in the nation that has this population to tend to, to look for a better way to get fit.”

But Levell understands that he is in a unique position.  “I consider myself lucky to be in both of these positions because unless you know that world of hospital contracting, it’s pretty foreign territory. It can be done, and I can help people do it,” Levell told the Morning Chalk Up. “I think this is going to provide at least some kind of a template for people that want to do this.”

“I could not have prepared for the amount of attachment these seniors would have for this. I thought they would never come back. They were so overwhelmed with what a CrossFit gym looked like, the coaches, muscular women walking around…But now, these seniors are coming in and they’re making food for the other members,” Levell said. “They’re sharing stories and they have completely changed their perception of CrossFit and the relationships there. It’s really opened a lot a community.”

“I want to see my mom and dad play with my kids and do their own grocery shopping and drive their own cars, and do things. This generation is going to be a more active and vital part of the community, when otherwise they might not be invited to do things like CrossFit, ”Levell said in an Instagram video.

CrossFit Affiliates Team up with Doctors, Chiropractors, and Physical Therapists to Embrace a Collaborative Healthcare Approach

Coronavirus and the CrossFit Community: A Call to Action