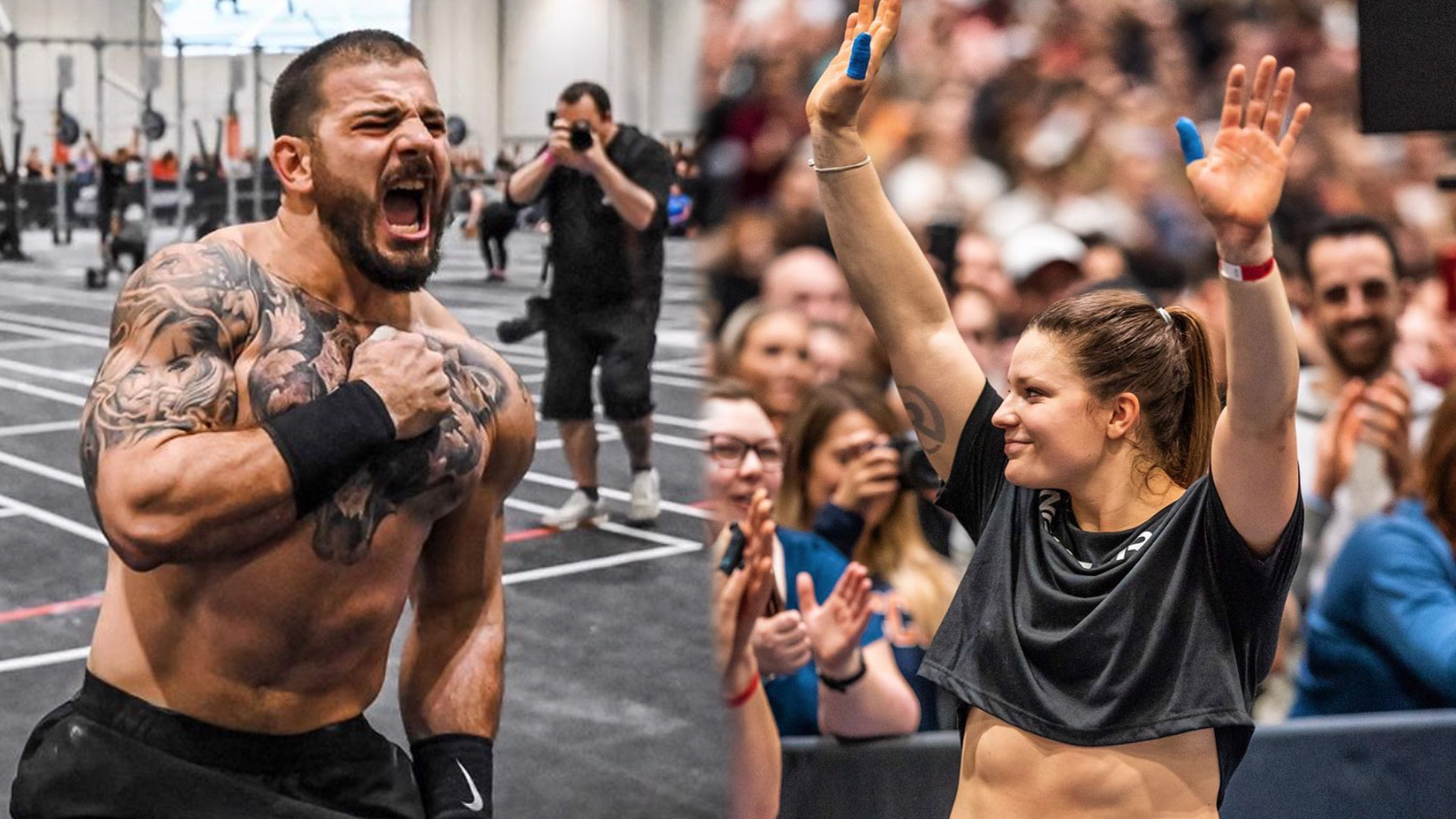 The sold-out NOCCO Arena was treated to a show of CrossFit greatness on the final day of the Strength in Depth Sanctional on Sunday afternoon. The women’s and team competitions came down to the final event as Laura Horvath and Mayhem Freedom took their respected titles, while Mathew Fraser continued his dominance, winning the men’s title.

The battle for the individual Games invites went to two athletes who previously competed at the Games on teams and now will be making their first appearances as individual competitors in Madison.

Team Division: Mayhem Freedom punched its sixth consecutive ticket for the CrossFit Games in an epic comeback. After placing ninth in the opening event and sitting in fourth after day one, the team of Rich Froning, Tasia Percevecz, Chyna Cho and new team member Scott Panchik reeled off five straight wins to overcome Team WHEY’D for the lead. Heading into the final workout with just an 18-point lead over WHEY’D, Mayhem secured their second ever Sanctional title with a second-place event finish.

Women’s Division: Laura Horvath held just a five-point lead over Polish national champion Gabriela Migala heading into the final event, but showed no signs of nerves or pressure. She dominated the final and even cracked a smile while finishing up her last overhead squats as she racked up her fourth event win of the weekend and secured the top podium finish.

Men’s Division: The Fittest Man of Earth, Mathew Fraser, looked in championship form as he again dominated the competition floor. He was a perfect five for five in event wins inside the NOCCO Arena. He won his third career Sanctional in as many tries by winning taking all four of the final events of the weekend in succession.