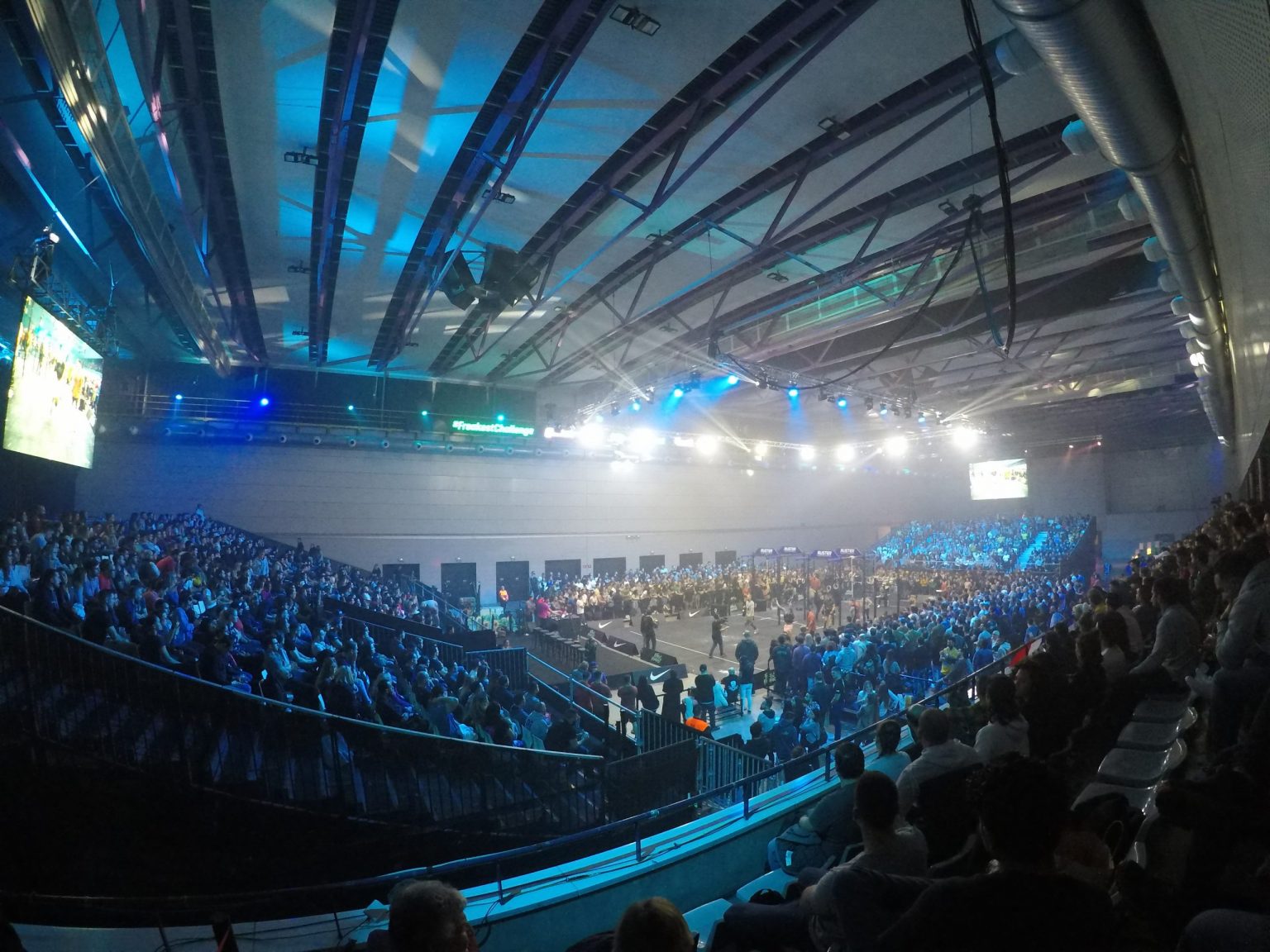 The Morning Chalk Up team had the opportunity this past weekend to spend two days on the ground in Barcelona, Spain for the 2020 edition of The Freakest Challenge, which was started just five years ago by Barcelona-based training retailer, Fittest Freakest. The weekend was spent following alongside 8 Nike athletes as they joined in with 8 teams, and thousands of fans for a unique experience that included a tournament style elimination competition, pro-am style workouts, and workshops led by some of the biggest names in the sport.

Mat Fraser, Sara Sigmundsdottir, Noah Ohlsen, Laura Horvath, Lukas Hogberg, Willy Georges, Lauren Fisher, and Thuri Helgadottir all took part in the action, and below are three big takeaways from The Freakest Challenge for the broader community at large.

1. The Untapped Market For Brands And Athletes Is Huge.

The Freakest Challenge isn’t a Sanctional or official CrossFit competition, but that doesn’t prevent it from creating significant value across the board in the CrossFit ecosystem. Spain is far from the largest market in the community, and the competition itself is only four hours long, but Nike’s involvement was significant. This included a tremendous amount of star power on the athlete side that lent credibility to an event that doesn’t have anywhere near the same established competition platform as the Sanctionals or CrossFit events. Still, roughly 2,500 fans packed out the Sant Jordi Club and brought some high octane energy that will undoubtedly result in some high-quality creative content, and buzz around the European scene.

It highlights just how much opportunity lies in the global market if brands and athletes are willing to venture outside of the conventional bubble. At the end of the day, the gold standard for relevance with regards to athletes and brand activation is performance in the Games season, but just because a ticket to the CrossFit Games isn’t on the line, doesn’t mean that a given athlete, or the brands that back them, can’t create significant value in a similar arena.

The United States is the only home that the CrossFit Games has ever known. Couple that with the fact that CrossFit Inc. was founded in California, and it’s easy to see why the U.S., in general, acts as the epicenter of the CrossFit world. However, the passion and enthusiasm for the methodology and sport that was on display this weekend in Spain was unreal. It was arguably one of the most high energy crowds we’ve seen outside of Saturday night at the Games.

This isn’t to say that the fans and members of the community in the U.S. aren’t special in their own right, but there are cultural differences and an unmatched history of fandom amongst countries such as Spain that have deep ties to sports such as Soccer (Futbol/Football). Soccer, in particular, has been a part of these countries longer than the United States has actually been a country, and there is an identity tied into fandom that dates back centuries. The result is a fanbase that — when they decide to put their heart behind something — brings an electricity to an event that’s simply extraordinary. These communities are deserving of more with regards to the attention and validation they receive from inclusion by media and events. Those that do will be rewarded with a tremendous experience.

3. Competitions Shouldn’t Be Afraid To Experiment

This goes primarily for events that aren’t necessarily Sanctionals, however, there has been a ton of ingenuity within the Sanctionals season so far. The sport is still young, but a set of best practices as far as competition structure and format is concerned has been developed over time that has trickled down to peripheral events. We’re not saying that conventional wisdom needs to be bucked here, but The Freakest Challenge stands as proof that an unconventional competition can be highly successful and draw in big names and brands alike.

The entire competition fits within a four-hour window, a fraction of what most events run nowadays. The format consists of eight teams competing head to head in a single-elimination tournament-style bracket until one team is victorious. With a spotlit competition floor, a DJ with the volume turned up to 11, and a bevy of laser and strobe lights, the atmosphere more closely resembles a nightclub than a fitness competition. There’s no prize money whatsoever, but teams that qualify for the finals are rewarded with a one-of-a-kind experience that includes coaching and mentorship from Nike athletes. None of this is the standard operating procedure in CrossFit competition, but the fact remains that five years ago the event took place inside the Fittest Freakest store on the weekends, and now is Nike Training’s largest event in the world. 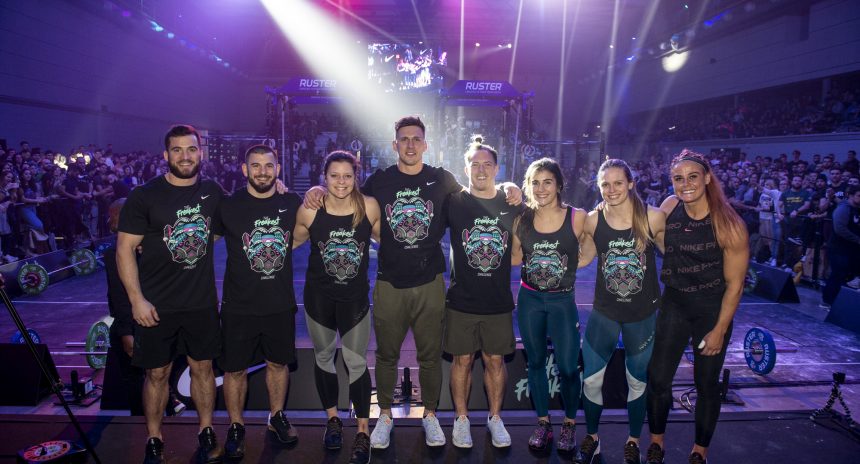 How to Watch: The 2020 Freakest Challenge 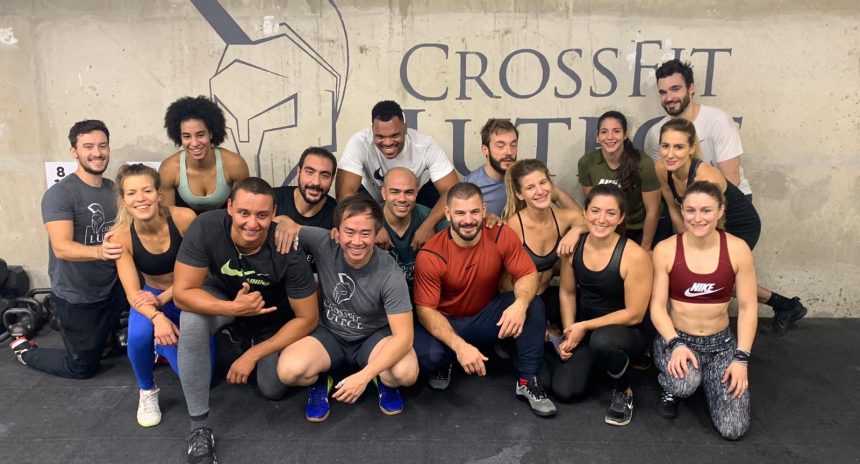 Is the Fittest Freakest Challenge the Future for Non-Sanctioned Competitions?