Six-time Olympic gold medalist swimmer Amy Van Dyken’s incredible athletic career has been chronicled many times over. It’s a never-ending list of accolades from her earlier years as an NCAA Female Swimmer of the Year to the pinnacle of her career as the “Most Successful Athlete” at the 1996 Olympic Games with four gold medals. She won another two gold medals in 2000 and had her own Wheaties box.

All of those awards and medals now pale in comparison to the significance of her close-knit CrossFit community in Phoenix, AZ.

The crash: In 2014, Van Dyken crashed her ATV while returning home from dinner at a friend’s house. The crash severed her spinal cord and left her paralyzed at the T11 vertebra. Life obviously became vastly different for the perpetually energetic and upbeat swimming star. Recovery was a long and often discouraging process until she started receiving support from a new community: Adaptive CrossFit.

Van Dyken says prior to her spinal cord injury, swimming would provide her solace by following the long blue line at the bottom of the pool during training. It was her form of mental and emotional self-care. But after her injury, swimming, which had once been her main form of physical and emotional release, no longer provided peace.

Ogar and the adaptive community rallied to support Van Dyken and show her a path to a physically and mentally healthy life through CrossFit. For so long, Van Dyken had trained solo in the sport of swimming. Training meant long hours in the water by herself. Sure she had teammates, but often they were competing to take her place in the Olympic Trials and Games. There was always an undercurrent of competitive tension.

Conversely, Van Dyken now says that the very same people who she competes with, in a friendly manner, are also those who provide her the most support:

Through the CrossFit community, her coaches and friends provide her an invigorating form of care no matter what her time was, or how well she performs in workouts.

Van Dyken began her training at CrossFit 480 and now calls CrossFit Blade home. She has even started competing again, this time in adaptive CrossFit. Last year she competed in the 2019 WheelWOD Championships, the “CrossFit Games” for adaptive CrossFit athletes. She came in second and the irony is not lost on Amy Van Dyken, the girl who only ever earns gold. Van Dyken has jokingly vowed to redeem herself and is training hard as she will again compete this year at Wodapalooza and at the 2020 WheelWOD Championships hosted by the Granite Games. 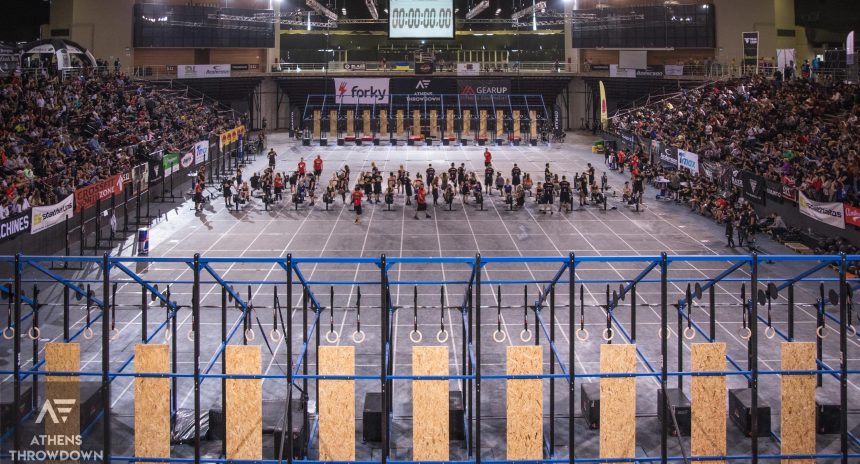