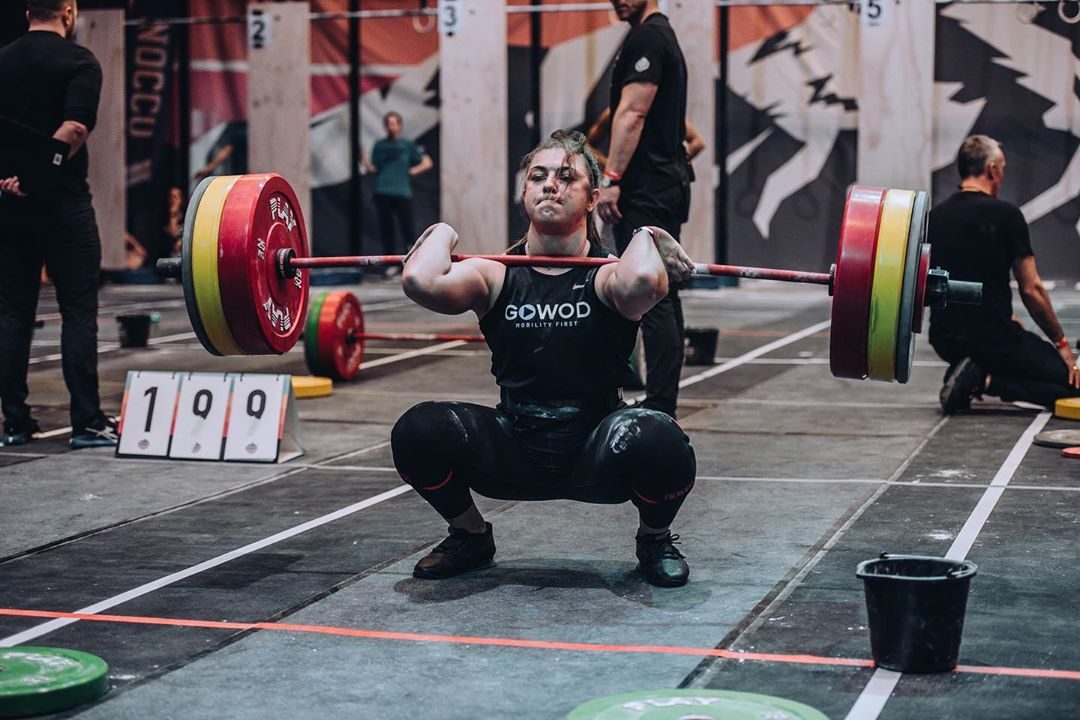 The 2020 Norwegian CrossFit Championship has come to a close, and after three days of competition on the snow-filled mountainside of the Storefjell Resort, three champions have been crowned and three more athletes deemed worthy of a CrossFit Games invitation. All three elite divisions came down to the wire in the final workout, which set the stage for some tremendous finishes across the board.

The Athlete Program managed to win the first workout of the day to apply pressure going into the final, knowing they’d need some help from another team. Early on in the couplet of synchro chest-to-bar pull-ups and worm thrusters, The Athlete Program jumped out to a lead. Attention turned to the rest of the field for signs of help, but The Progrm provided an answer of their own, by tracking down the lead and sealing the deal for their Games invite with an event win to close the weekend.

Gabriela Migala was the model of consistency all weekend as the only female to finish every event in the top ten. By Sunday she’d built a comfortable lead over second-place Andrea Solberg, and a pair of top-three finishes to close gave Migala her first-ever Sanctional win, after taking 4th in Dubai, and 2nd at Strength in Depth. Migala has been the most active Sanctional athlete so far this season, competing in three events already, and her performances point towards a dramatic improvement at the Games.

Thanks to Migala and Solberg already having their spot at the Games, the Norwegian invitation was passed down to Sanna Venäläinen. The second fittest woman in Finland in this year’s Open outlasted six other women who were all within a close enough point spread to have a chance at earning the invite for themselves. The soft-spoken, relatively unknown Venäläinen was steady and composed on Sunday, finishing all three events in the top five to hold off a hard-charging Jacqueline Dahlstrøm. Dahlstrøm nearly completed the comeback by winning the final event, but Venäläinen did just enough to hold onto a seven-point margin to earn her first trip as an individual to the CrossFit Games.

The weeks leading up to Norway for Griffin Roelle were stressful, to say the least. After initially being towards the top of the Rogue Invitational Qualifier leaderboard, major penalties knocked him out of a qualifying spot during the final video review. Not one to dwell on the negative for very long, Roelle parlayed his frustration into an impressive winning performance to earn a spot at the CrossFit Games as a consolation.

After finishing dead last in the first event, Roelle came storming back with six top-five finishes in the next eight events including three event wins. Two of those wins came on the final day, in the final two events, and resulted in some highlight-reel moments that sent the crowd into a frenzy. The first came during the 3 rep max front squat when Roelle made 165kg/363lbs look like a toy. The second came with the Games invite on the line, and Roelle in a heated battle with Viktor Langsved. The man who goes by “CrossFit Thor,” dropped the hammer on the final set of 60kg thrusters and bar muscle-ups to put the finishing touches on his win and wash away the sting of prior weeks. Roelle won’t be making the trip to Columbus for the Rogue Invitational in May, but a trip to Madison in August is a worthy substitute.