Jason Wiese: From 400 Pounds to Wodapalooza 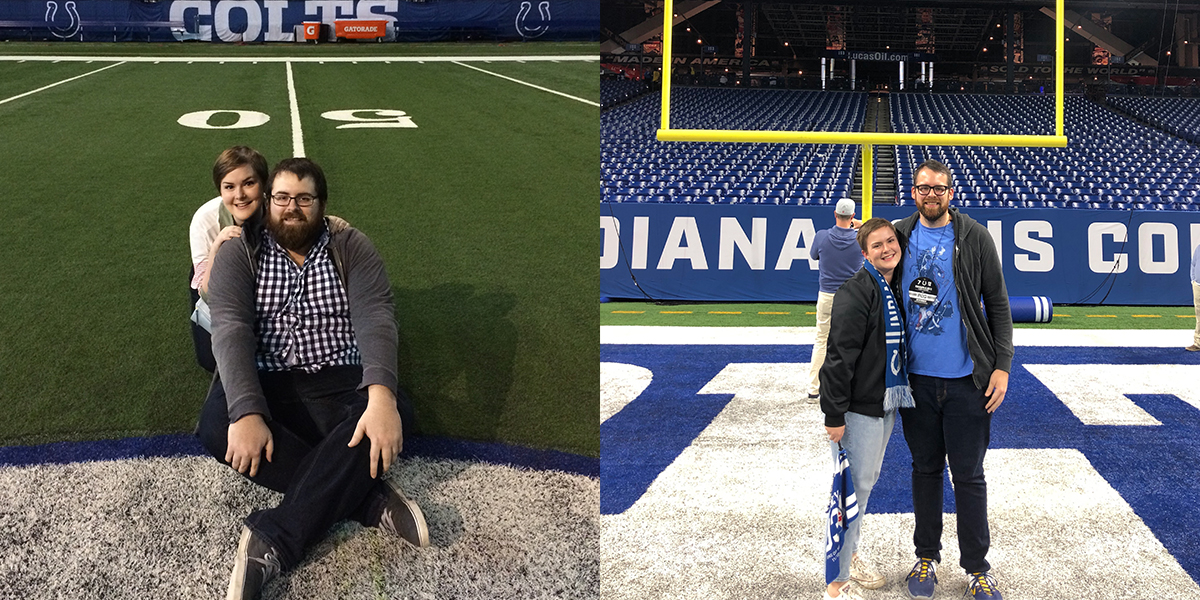 Jason Wiese isn’t sure how much he weighed at his heaviest.

Unlike many people who make lifestyle transformations, and who can pinpoint the exact moment when everything changed, Wiese doesn’t remember a specific event that prompted him.

“I don’t have an aha moment story, you know, like where I was sleeping one night and woke up scared and decided I needed to change my life,” said the six-foot-four Wiese.

There wasn’t a specific moment, but there had been years of moments that slowly built up to a place where he lived with a constant lingering fear that wouldn’t go away.

“I lived with this fear of dying of a heart attack by the age of 35,” Wiese said. “And I guess eventually I just got tired worrying about whether I could make it through a hike with my friends. I’d always get so out of breath….I just didn’t want this to be the thing that controls me anymore. Didn’t want it to be the thing that holds me back.”

Some manage to change their diets and lifestyles overnight, this wasn’t the case for Wiese.

“I just decided to start taking small steps. First, I had to get over my fear of ‘what will people think of me’ in the gym, and just start doing it,” he said.

Wiese started out by doing some exercises his wife Nicole Wiese found on YouTube. Then he hired a personal trainer and later went to the YMCA and a Globo gym. He also started eating a bit healthier and managed to get down to 330 pounds in the following months.

Though he was happy with his progress, Wiese still wanted more. That’s when he found Together We Rise CrossFit in Indianapolis, Ind. It was the summer of 2018.

What spoke to Wiese right away was the concept of having goals beyond just weight loss, which is exactly what CrossFit gave him. It’s what had been missing, he explained.

Setting and Achieving Goals through CrossFit

CrossFit helped him realize the value of both action-based and tangible fitness goals, and that they were more fun to chase than just a number on the scale.

Having these types of performance-based goals also made it a whole lot easier for Wiese to take care of the other things in his life, like his nutrition and sleep and recovery.

For Wiese, this meant shifting his relationship with food and following a diet that fuels him to be able to perform his best. He turned to counting his macronutrients for this, which he said has been incredibly useful.

“I understand now what I need to eat for my body to survive and thrive,” he said.

And though it was not his main focus, the more he concentrated on his newfound fitness goals, the more he continued to shed pounds. Today, Wiese weighs 265 pounds, 133 pounds less than the heaviest he remembers seeing on the scale.

But again, that’s not the important part, he insists.

What is important is how he feels today, namely the confidence he has in himself.

“Mentally, I know I can achieve anything. I know what I’m capable of. I know that I’m strong,” Wiese said.  Emotionally, he’s a lot happier, too.

“I don’t want to be sitting down anymore. I want to be active…I’m just happier. And one of my favorite parts of the day is when my wife and I come home from the gym and cook dinner together,” he said, adding that they’re both in a better place today than before CrossFit.

The next step in their journey together: To compete at Wodapalooza in Miami, FL together next weekend in the new beginner division in their first live competition.

“When they first announced the beginner division I was absolutely excited. I want to be involved in that world. I want to be part of it because I fell in love with CrossFit. I’m terrified, but I’m so excited,” Wiese said.

He’s incredibly thankful for the opportunity.

“There has never been a place for me in the competitive world of CrossFit, except for watching in the stands or from my couch,” he said. “And even though I’m not an elite CrossFit athlete, this is still a sport to me. It’s what drives me.”