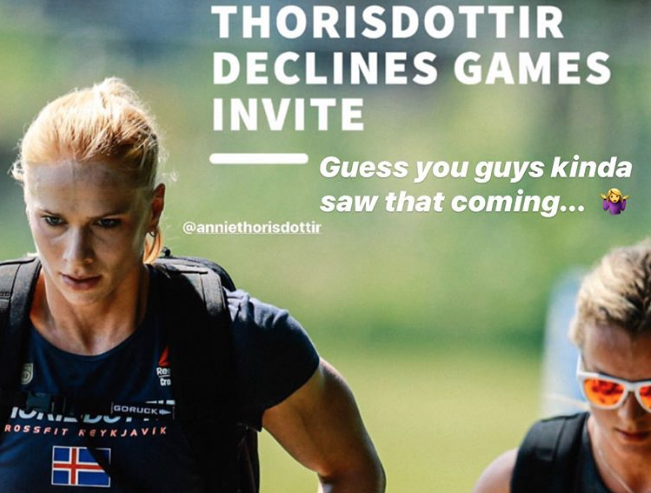 As expected, the two-time “Fittest Woman on Earth”, Annie Thorsidottir has declined her 2020 CrossFit Games invitation. The CrossFit Games website made it official through a press release on Thursday.

Thorisdottir and her partner Frederik Aegidius made the announcement that they are expecting a child three weeks ago. With the due date in August, it was just a matter of time that Thorisdottir would decline her invitation.

One big thing: In the Games press release, it was also announced that Maddie Sturt would receive Thorisdottir’s invitation through the backfill process.

Iceland Annie’s streak: Thorisdottir has competed in ten CrossFit Games, tied for the most individual division appearances by a women’s athlete with Becca Voigt Miller.