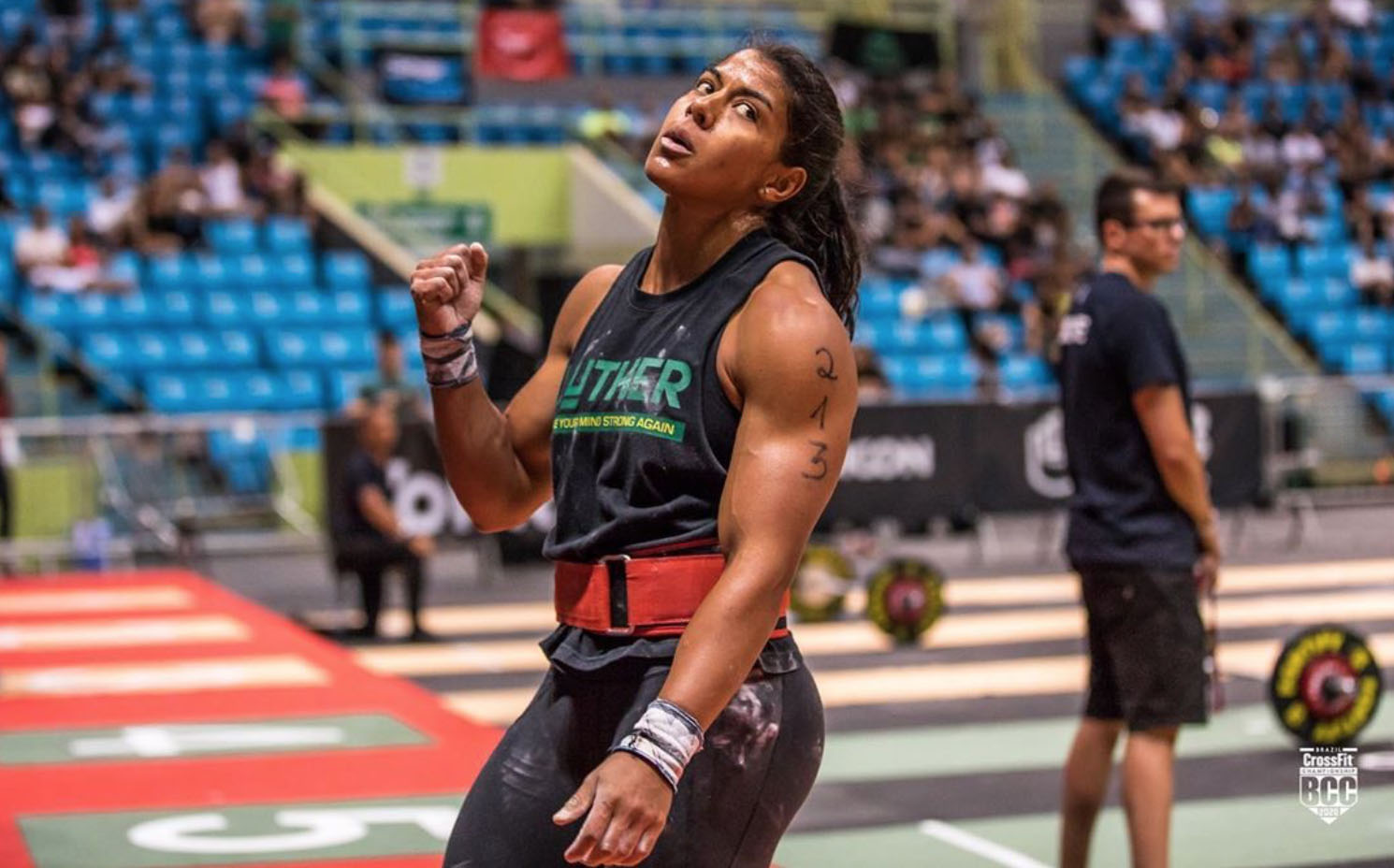 It was moving day inside an electric Ibirapuera Gymnasium in São Paulo at the 2020 Brazil CrossFit Championship on Saturday and it certainly lived up to that moniker. The top of the leaderboard was different at the end of day two than day one across all divisions. A full day of action resulted in athletes from North American countries Canada and Mexico two events away from securing their 2020 CrossFit Games invitations.

Cecilia Ramirez Villamil is the women’s leader after a dominating day two. She came into the day in sixth place just 20 points behind the day one leader Camila Siller. The Mexican national champion runner-up set the tone for her dominance from the onset. The first event of the day, “18.6 Reloaded” paid homage to event six of the 2018 Regionals, a workout that those in the Latin American Regional did a modified version of due to equipment delivery issues. Villamil was among that group from Regionals that did the modified version, finishing 14th.

Villamil picked up her first event win of the competition finishing the workout in 4:57, over a minute faster than Brazilian Andreia Pinheiro. The win coupled with Siller placing fourth, moved her into the top spot of the leaderboard.

The crowd worked itself into a frenzy for the second event of the day, “Death by Meteoro”, an elimination-style event that the Brazil CrossFit Championship made waves with last year. Villamil finished second in the event after making it through the round of six sandbag cleans before being capped. Siller remained in contention, finishing third.

Siller would falter in the final event of the day, “Triple GTO Ladder”, finishing eighth which dropped her further behind Villamil who recorded her second-straight runner-up finish.

Villamil heads into the final day ahead of Siller by 28 points as both seek their first Games appearance.

Canadian Adam Davidson took “Moving Day” seriously as he halted any conversation of Josh Miller winning the competition. At the start of day two, Davidson sat tied for second, 26 points behind Miller. He opened the day with an impressive win in “18.6 Reloaded” finishing the event with a time of 3:52, the 18th fastest time ever in CrossFit competition. Miller finished fifth, reducing his lead to just six points over Davidson.

In “Death by Meteora”, Miller built his lead back up to 26 points as he finished third by making it into the fifth round before being eliminated. Davidson finished eighth, getting eliminated in the fourth round.

The final event of the day proved to be disastrous for Miller as he finished 25th. Davidson remained consistent, finishing ninth, the only athlete in the field to record all top-ten finishes.

Davidson sits in the driver seat now to earn his first career Games invitation with a 24 point lead over Miller.

The first event of the day was quick and action-packed, as the teams tackled the “Snatch Ladder”, a repeat workout from the 2019 Brazil CrossFit Championship. Taranis Lifetree recorded their second-straight event win with a blistering time of 2:18. The win, coupled with a fourth-place finish by Invictus Brazil, propelled the Canadian team into first place. A spot they would find themselves in to end the day, as they rounded out a near-perfect slate with a second place in event four and another victory in the final event. Each one, more dramatic than the last.

With just a 12 point lead over Invictus Brazil going into the final team event of the day, the “Anaconda Summit”, Taranis Lifetree again found itself in a race but this time with Happy Hearts. Another dash to the finish line this time worked in their favor, as they defeated Happy Hearts by three-tenths of a second. Invictus Brazil placed third, giving Taranis Lifetree a 36-point cushion heading into the final day of competition tomorrow.

On tap for the final day: Only two events remain on the schedule for the third and final day of competition on Sunday. Those events will determine which athletes will see the hardwork they have put in this season pay off with the coveted invite to the Games or whether they go back to the drawing board and seek another Sanctional to reach the pinnacle competition of the sport.