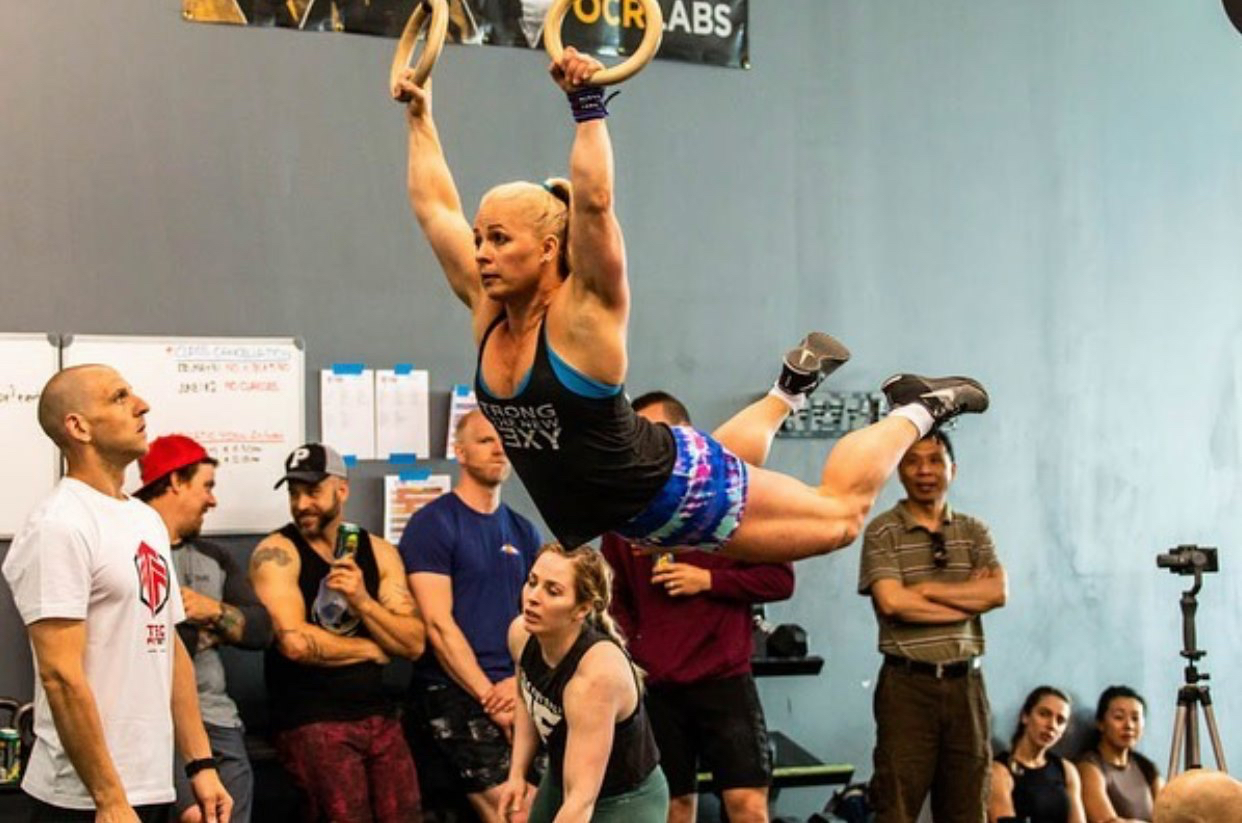 Once all the scores were tallied after the CrossFit Games Age Group Online Qualifier on March 16, Jolaine Undershute found herself in unofficially in third place overall in the women’s 45-49-year-old division.

But she had no idea.

The next morning, she was still in the dark about having qualified to her seventh CrossFit Games.

In fact, Undershute, 48, hadn’t looked at the leaderboard all weekend. She was too busy fielding text messages and calls from anxious members, asking her to hold or cancel their memberships because of the growing coronavirus pandemic.

Undershute added: “It felt like everything I have worked so hard for that I started in 2009 was going down the drain. Like I am on the Titanic and I’m a captain going down with the ship—just this overwhelming sense of failure and that it’s all coming crashing down on me.”

About her Games qualification: While some members reached out for holds and cancellations, others began asking Undershute if she had looked at the leaderboard yet.

Undershute admits, when she discovered she had placed third and unofficially punched her ticket to Madison, she felt a wave of positive energy.

After last summer’s CrossFit Games, where she placed third overall, Undershute contemplated retiring. She stopped training hard and loosened up her diet.

Then one day in late December, she hopped on the bar and couldn’t do a bar muscle-up.

Enough was enough: Undershute decided to dial in her diet again and increase her training intensity. She still wasn’t sure whether she was going to compete in the AGOQ, but she signed up for a local competition with a male partner, which gave her the motivation she needed.

Her fitness came back fast and furious, and her results in the AGOQ over the years speak for themselves: Seven CrossFit Games qualifications.

After the 2020 AGOQ ended, and as her members started dropping off quickly, Undershute took a week off training.

After that, it was time to stop letting the stress get to her and come up with an action plan, she explained.

Back to Basics: She returned to regular training on Monday, cleaned up her “carb overload” from the week before, and began focusing on servicing the members she had retained and reaching out to those who wanted to hold or cancel. It has been the best thing for her mental health, she explained.

Undershute put together care packages so members could come into the gym and pick up a barbell and bumper plates, or a pair of DBs, a KB, a resistance band or an ergometer.

She even started having a little fun. She pulled out her former bodybuilding training programs and began putting out little challenges to her members, like how to use things around their home they wouldn’t ordinarily use for a workout.

Though she still feels like it’s an uphill battle, she is continuing to grind each day, to be productive and to constantly push to find new solutions.

Undershute added: “I have been adapting quickly to the best of my ability and getting in touch with people to let them know what’s available, and hoping by the end of spring break, they’ll come back.”

While she’s feeling more positive and doing all she can to find solutions, she’s the first to admit she’s pissed off. Really pissed off.

Undershute’s message to others: “With all this uncertainty, all we have is our health and fitness. We need to keep plugging away. I want to set a good example and be a role model for my members and friends. It’s all I can do.”