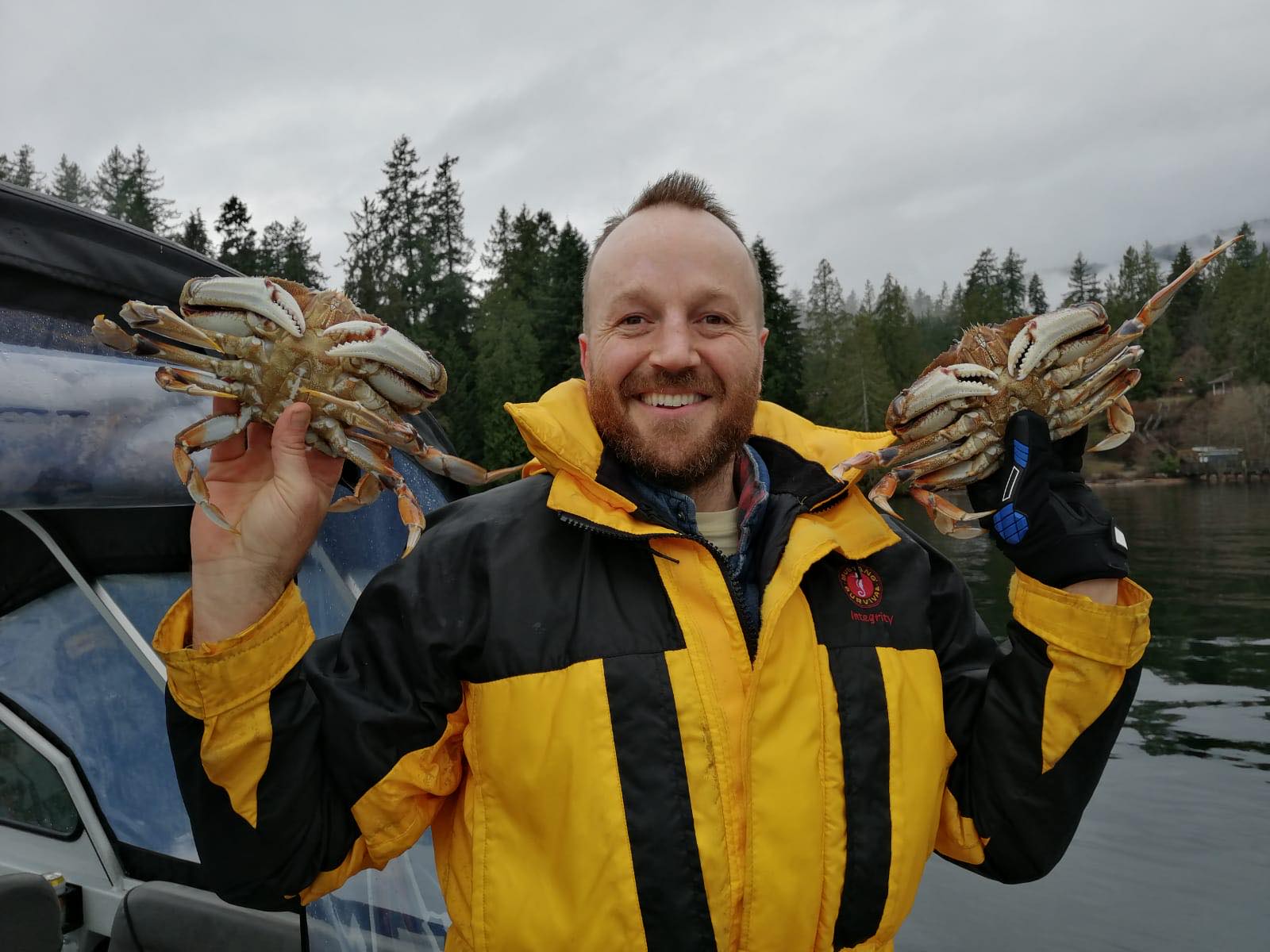 His wife was sleeping soundly after a great day together when Brinkman went outside for a smoke.

A series of tropical storms had hit the Playa Del Carmen region in recent days, leaving the polished marble floors at the resort particularly slippery.

Suddenly, as Brinkman was walking along the uncovered balcony, he slipped and fell, tumbling over the low railing and falling four stories.

Alive but in shock, Brinkman let out a string of screams that woke his wife, Arianna Torabian, who soon found her half-conscious husband and his mangled body.

Brinkman’s injuries included two broken femurs fractured at their midpoints, a shattered pelvis, and four breaks in his sacroiliac joint. His left femoral head also busted off his hip joint, and he shattered both patellas, both feet and his left elbow. Finally, he had spinal damage, including fractures in his C2 and L5, as well as pulmonary embolisms — blood clots — in his lungs.

Though nobody witnessed the accident, Brinkman’s surgeons reverse engineered his fall and deduced that he must have essentially landed straight up and down in a deep squat and then tumbled to his left side upon impact, which is why the injuries on his left side were more severe than his right, he explained.

In the days that followed, doctors discovered, miraculously, that Brinkman had managed to avoid any serious organ damage, and might actually have a chance at a decent recovery.

They weren’t sure how this was even possible, considering the severity of his fall.

Fitness Meant the Difference between Life and Death

The only reason he was able to survive the impact was due to how strong and fit his body had been, they said.

He added: “CrossFit saved my life.”

Though it looked as though Brinkman would survive, it was still unclear whether he’d be able to make a full recovery. And so began the long process of healing.

To start, even though Brinkman had medical insurance, his wife had to pay $10,000 USD up front, just for doctors to agree to stop the bleeding, and thousands of dollars more to have him stabilized.

Then, Brinkman went through a series of surgeries in Mexico, not to fix the fractures, but to hold his bones together so they’d stop ripping things inside of him, which had been making the internal bleeding worse.

Then another snag emerged: The hospital, and the entire southern region of Mexico, was out of Type O negative blood.

They also went around the hospital and started asking for people with Brinkman’s blood type.

By the end of the week, Brinkman was stable enough, and had received enough blood — 9 pints — that he could fly the eight hours home, with a stop in El Paso, TX to refuel, in a small, bumpy plane to Canada.

Surgeries and the Road to Recovery

In the following days, Brinkman underwent nine surgeries, which left his body full of all kinds of hardware, including various wires, nails and screws, a plate on his pelvis and formal head, an eight-inch bolt at the base of his spine and two 18-inch rods inside his femurs.

He was in the hospital for six weeks.

A little over one year has passed since the accident, and to say Brinkman is doing well is an understatement.

He has exceeded all of his doctor’s expectations, he said.

He credits his coach Chris Saini at MadLab School of Fitness with playing an integral role, not just in his physical recovery, but also in his emotional recovery.

He added: “My neighbor later told me that he met my CrossFit coach when I was in the hospital. He was like, ‘Yeah, your coach came by and shoveled your walkway a few times,” he said.

And, of course, the moment he could — in September 2019 — Brinkman returned to work with Saini at the gym.

The two have been working together since then to increase Brinkman’s strength and mobility. While he’s nowhere near where he used to be yet, he is back doing all kinds of upper body strength work, lower body mobility and strength work, including light squats and deadlifts, and some conditioning on the AirBike.

Brinkman’s Goal: To Make a 150% Recovery

Brinkman has stopped both drinking and smoking since the accident and has developed an appreciation for taking life a little bit more slowly.

Despite the new perspective and gratitude he has, Brinkman admits, the last year hasn’t been without its incredibly difficult emotional challenges.

He added: “It’s not just about getting the physical stuff back for me. It’s also about my emotional recovery. I had so much trauma in my body that a lot of emotions come up.”

He has relied on different kinds of therapy to help him with his emotional and psychological well-being.

One of the things his therapist recommended was for Brinkman and Torabian to return to the same resort in Playa Del Carmen.

So they did. Exactly a year later, the couple returned to the same resort, just the two of them, leaving their 2-year-old daughter at home with family so they could spend their first few days alone together since she was born.

While in Mexico in February, Brinkman said this: “It has been amazing. So empowering to face the place.”

With Mexico behind him, Brinkman is ready to get back to regular life, which means finishing his Master’s Degree in Business Administration, and, of course, heading back to the gym to train with Saini.

5 Pumpkin Recipes Tasia Percevecz Has Been Dreaming About