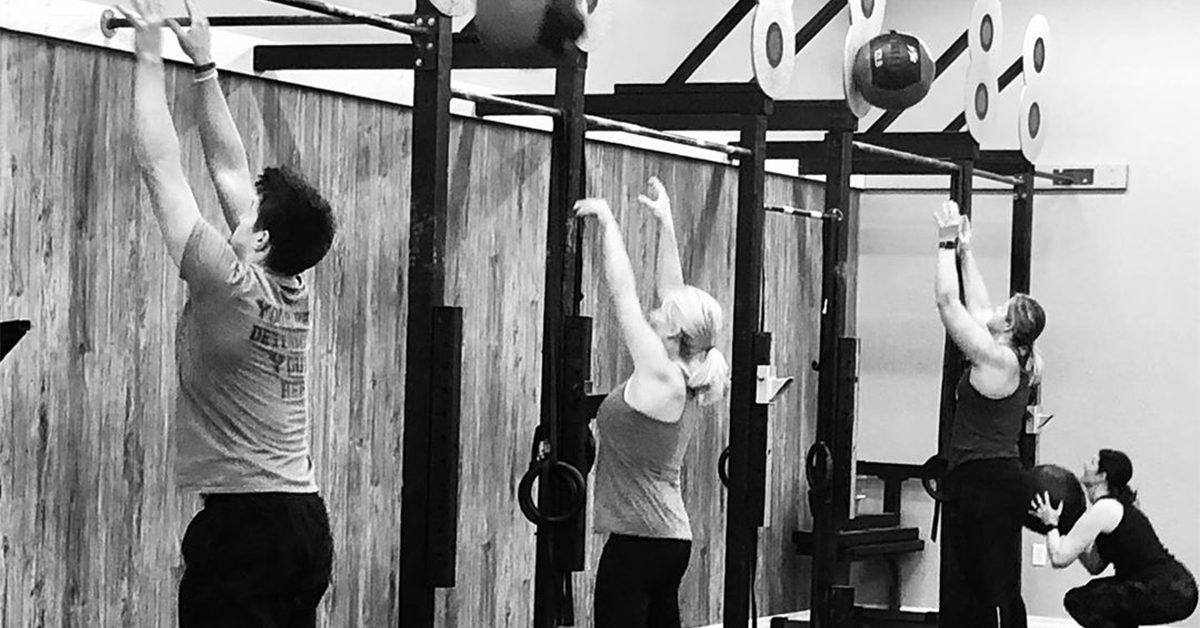 Though post-COVID-19 rules for running a gym are still unclear in many states and countries, what is becoming more and more clear is that the days of running group classes of 20 to 30 members might be a thing of the past.

In Texas, for example, Gov. Greg Abbott announced on Tuesday that gyms can re-open on May 18, but they must operate at 25 percent capacity. And in Colorado, gyms are allowed to operate right now if they function as a personal training studio with no more than four people in the gym at once.

While keeping group class numbers low sounds like it has the ability to harm any small gym business, the overwhelming majority of owners we spoke with said they think small class sizes and semi-private training is better for everyone. In fact, 22 out of 25 gyms owners — who were asked whether keeping class sizes small would hurt their business — said no.

Abi Ann Reiland, the owner of CrossFit 8035 West in Grimes, Iowa was one of the few affiliate owners who expressed concern.

Still, the vast majority said small classes are the way forward, pandemic or not.

Teri Harrison Keaton, the owner of CrossFit Breaking Boundaries North in Alpharetta, Georgia, recently re-opened her doors and has kept classes to ten or less.

Alyssa Royse is of a similar mind: “It’s the people who thought that 30 members and one coach was a reasonable class that are going to be bumming. Gyms that built their business models around small class sizes are probably posed to absorb this a whole lot better,” said the owner of Rocket CrossFit in Seattle, WA.

Classes of 30 are “just Peloton in person at that point. Probably great for making money, but crap for coaching, learning and safety,” she added.

How small is small enough?

While opinions ranged on the topic, most affiliate owners seem to consider classes of between six to 10 athletes as an appropriately-sized class.

Tricia Grunwaldt re-opened her gym CrossFit 610 in Lebanon, MO last Monday and reduced her class cap from 15 to eight.  So far some of her clients are “a little apprehensive” to show up, she said, so she has only had a few classes reach eight. In the future, she said she may add another class if classes become busier.

Holly Tabor, the owner of CrossFit Coordinate in Cary, NC also intends to reduce her class cap to eight when she re-opens.

Tabor also uses HybridAF, which gives her members 24-hour access, so she expects this feature will be “even more valuable now,” she said.

Not so different than before: Though many gyms are reducing their class caps, potentially adding more classes, or decreasing class time from one hour to 45 minutes, other gym owners said they have always intentionally kept classes small, so new regulations won’t be so different.

Jeff Scott, the owner of CrossFit Beaufort in SC is another who has always kept his classes between six and 12 people, so not much will change, as has Beth VanDemark Sebby, the owner of Chester Springs CrossFit in Pennsylvania.

For many small business owners, the thought of asking members who stuck with them through a pandemic for more money doesn’t sound like something they want to do, but this might be the only way for many affiliates to stay alive, said Maximus Lewin, an affiliate owner since 2006.

Lewin recommends gym owners viewing this time of reopening as an opportunity to grow.

This includes potentially raising rates, which comes down to simple math, he said.

Lewin recommends charging a minimum of $299 a month for small group class training.

The pandemic has definitely changed the game, he admitted. For example, he suspects some people might have gotten used to working out at home and might not return to the gym. So it’s time to focus on high-quality clients willing to pay, he said.

May 31 by Emily Beers
More #Reopening