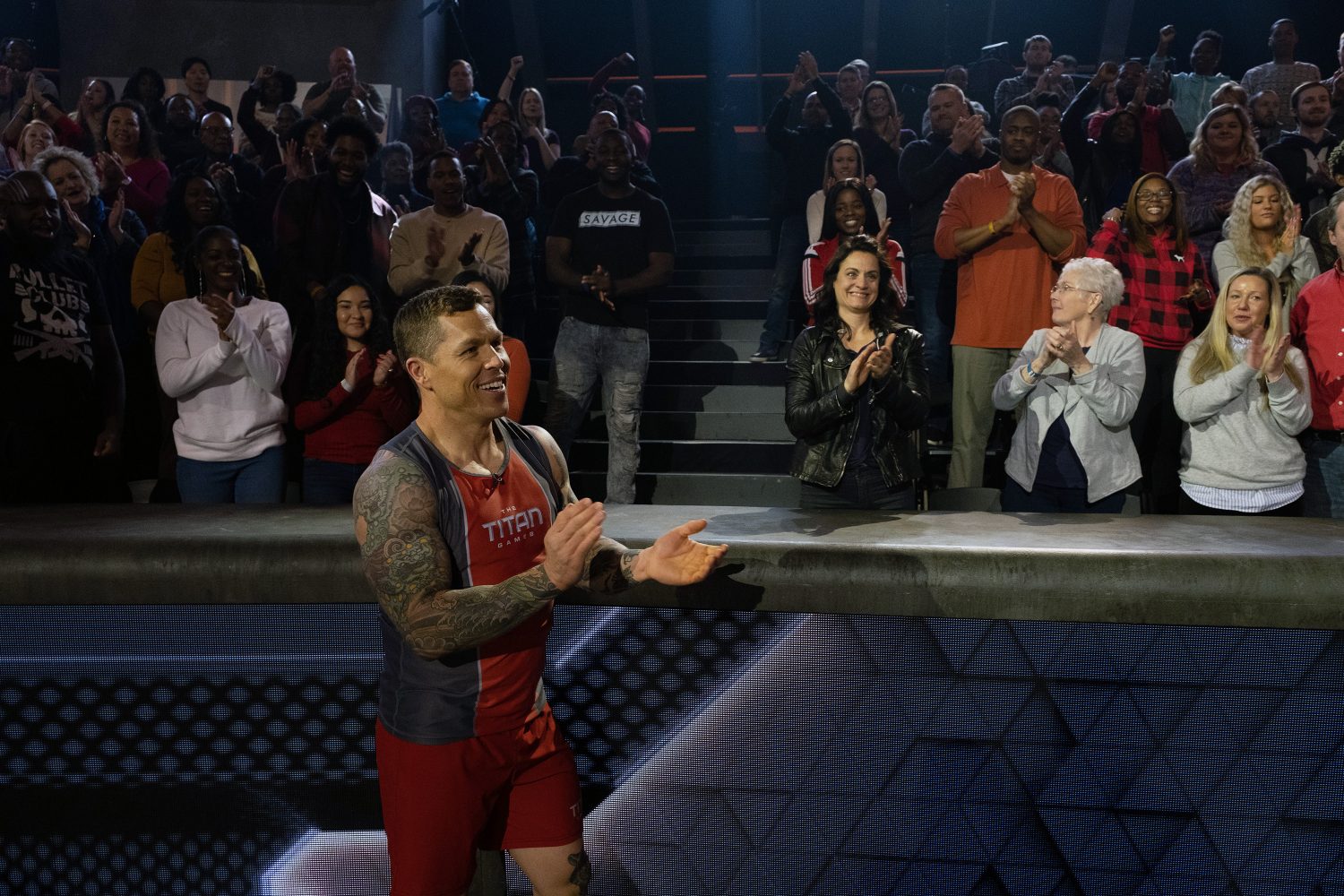 Matt Chan has seen his share of challenges; not just in competition but also in his life. The six-time CrossFit Games athlete suffered a life-threatening bike accident that nearly cost him his leg in 2014 and in his daily job as a firefighter is asked to put himself in harm’s way regularly. So when he had to face off against the two largest athletes in the field on the season premiere of NBC’s The Titan Games on Monday night, he showed not only his athletic ability but also the grit, toughness and heart that has made the 2012 Games runner-up a legend and fan favorite in CrossFit.

The format: In a twist from Season 1 of The Titan Games, the athlete field was cut down to 36 athletes and split into three regions.

Event 1, “Nuts and Bolts:” Chan, the oldest competitor in the field at 42-years old, was matched up with Kentucky State Trooper and Tennessee Titans mascot Bartley Weaver in the opening match-up of the Central Region. Weaver was the much bigger athlete, standing 6-1 and weighing in at 270 lbs. Chan is 5-9 and weighs 215 lbs. The first event featured a wall with 2,000 lbs of weight which the athletes had to strategically shed in order to pull the wall down and release a lever, the first athlete to pull the lever wins.

Event 2, “Lunar Impact:” Starting on opposite ends of an elevated, crescent-shaped platform, each athlete had to scale a two-story ladder and then run atop the platform to a metal wall located at the middle and push against their opponent on the opposite side of the wall until one is forced off the platform.

Event 3, Herculean Pull: This season’s tie-breaking event is a holdover from last season. Contestants race to pull out two 100-lb poles from a central structure, then move on to pull out a middle pole that is 9.5 feet above the ground, leading to a blind tug of war with the other contestant.

Mount Olympus: The final event featured a structure with ten obstacles that test each athlete’s strength, speed, stamina and heart as they race side-by-side through the structure. Chan faced off against former Cleveland Brown’s offensive lineman and ten-time pro-bowler Joel Thomas.

What’s next: Chan’s Titan Games isn’t over as he will have one more chance in the Regional finals later in the season to win the Region and move onto the finals.