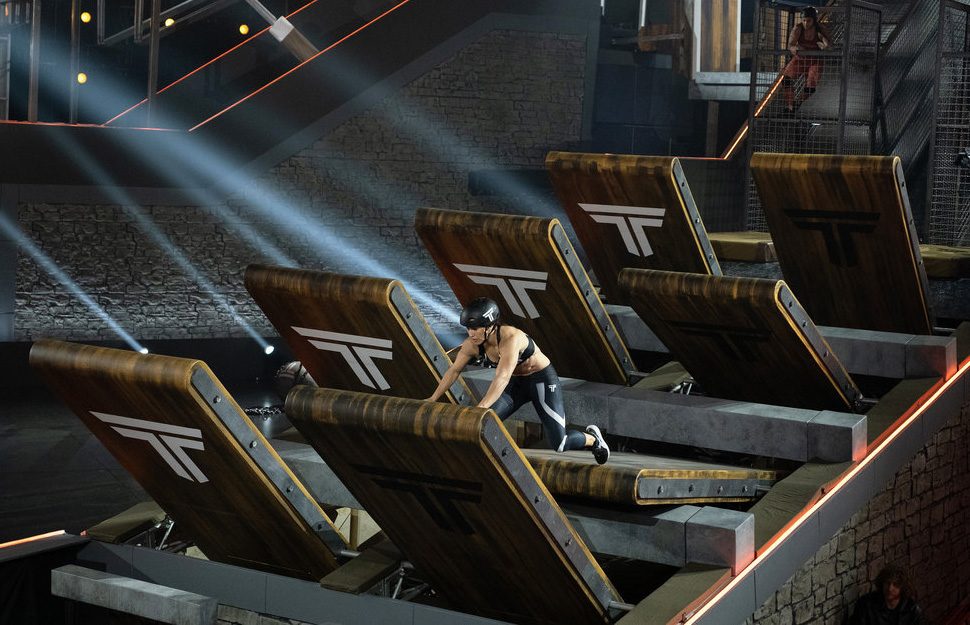 Photo Credit: Steve Dietl/NBC
Enjoying Morning Chalk Up? Help to ensure that we can continue to be an independent voice for the community and sport we love by supporting our journalism today.
Support Our Journalism

The West Regional finals of NBC’s The Titan Games on Monday evening saw a rematch on Mount Olympus with a spot into the Finals on the line. Reigning women’s regional Titan Margaux Alvarez would have to defend her title from one of three women competing in the elimination rounds, two of which she had already defeated on Mount Olympus.

Among the three women was Kelly Valdez, who held the title of West Region Titan before losing to Alvarez two weeks ago. The CrossFit Games Regional athlete was the favorite to return to Mount Olympus but would have to survive two elimination qualifiers for that chance.

Event 1, “Hammer Down:” Valdez had her hands full in host Dwayne “The Rock” Johnson’s handpicked champion, American Ninja Warrior Jessie Graff and last week’s Regional Titan challenger and mountain guide Lindsey Hamm. In the first eliminator, all three athletes must retrieve sledgehammers to use to knock down three pillars, the third and final pillar they would have to climb to pull the “Victory Chain.” The first two athletes to pull the chain would advance to the next eliminator event. The third athlete’s Titan Games experience would come to a conclusion.

Event 2, “Resistance”: Valdez and Graff were familiar with each other as they faced off on Mount Olympus three weeks ago with Valdez dominating that match-up with her power and pulling off the upset over the Rock’s champion. Valdez looked to once again have the advantage in this event as both athletes had two minutes to throw, push, or roll five 50 lb barrels over a barrier while tethered together. The first athlete with five barrels or the most barrels over the barrier in the two minute time cap would advance to Mount Olympus for the second time.

Mount Olympus: In a much-anticipated rematch, Valdez faced the athlete who defeated her on Mount Olympus but with much bigger stakes on the line this time around. Alvarez has looked dominant during her two turns on Mount Olympus and the seven-time CrossFit Games veteran was once again the favorite.

Worth noting: With her victory, Alvarez joins fellow Games veterans Matt Chan and Dani Speegle in The Titan Games finals.

What’s next: Alvarez along with Speegle and Chan will next appear in The Titan Games finals in a month. 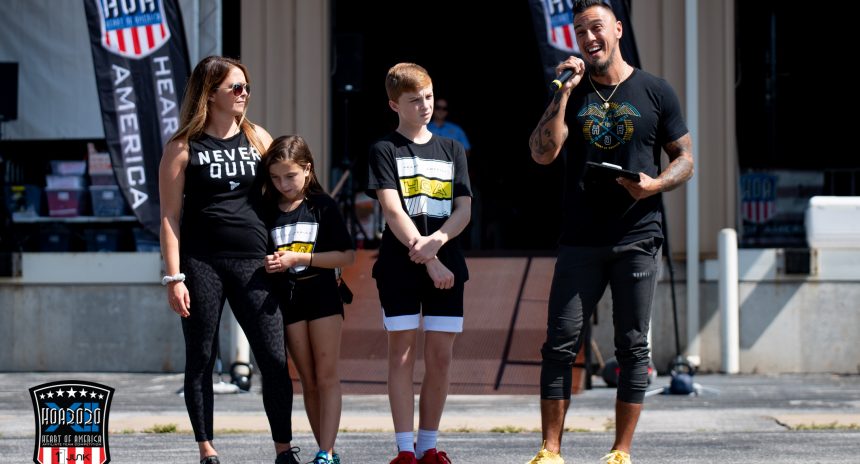 by Morning Chalk Up
More Community