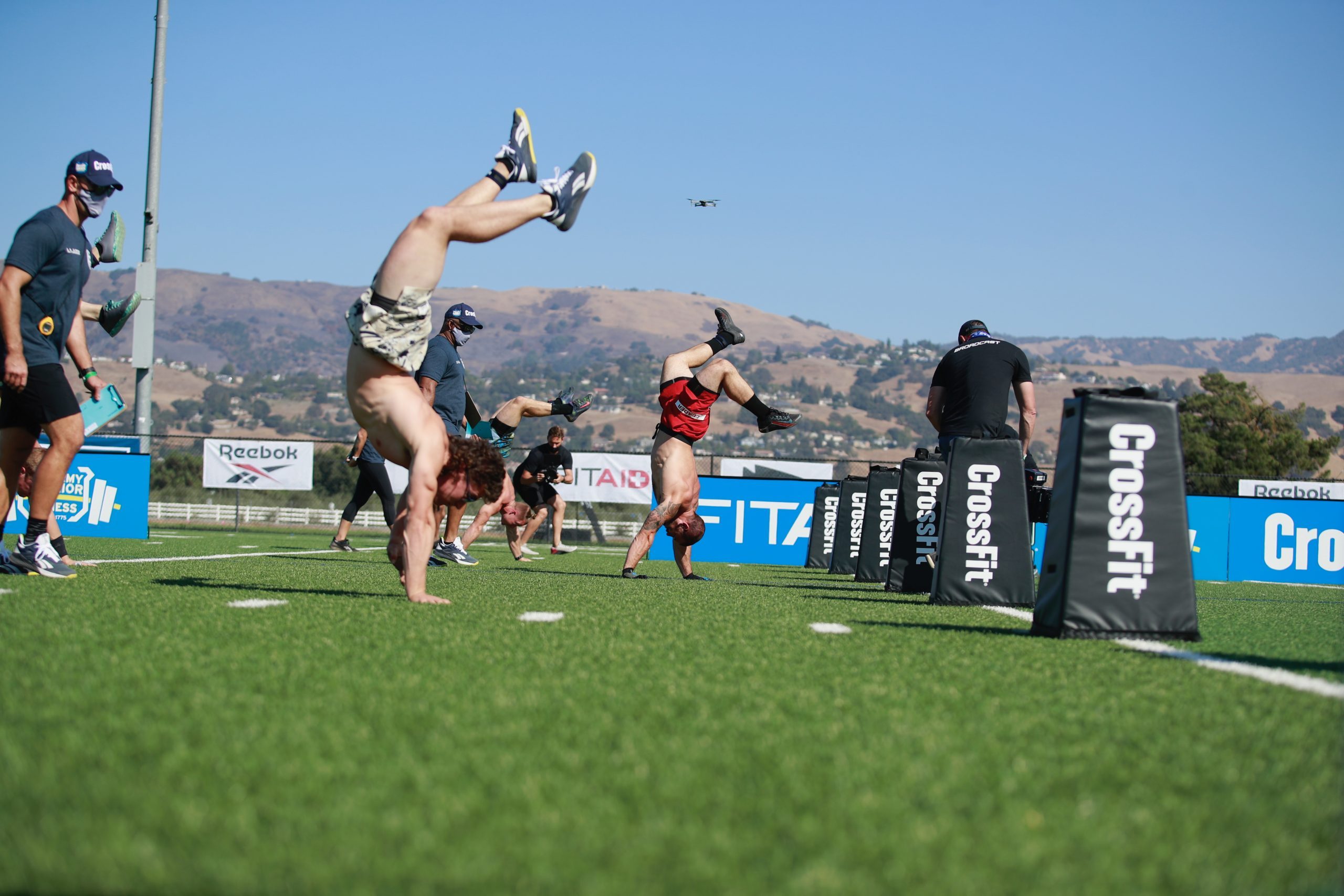 Day one of the 2020 CrossFit Games opened on a cool, overcast morning in Aromas, CA. It was 59 degrees as event one began and several athletes donned long sleeves, pants and hoodies. Facing one of the most brutal days in the history of the CrossFit Games, the final five men and women took on five events with a total of 500 points on the line, capping the day off with a classic and diabolical, Dave Castro twist. Here’s how the action went down.

See the workouts and schedule for day two at the Morning Chalk Up CrossFit Games portal.

Event 5: The Ranch Loop, Both Divisions