“These demons go beyond one gender!” a commenter on my last article, “A Real Triple-Threat: Eating Disorders, Overtraining, and Reproductive Health in CrossFit,” wrote. The article attracted quite a bit of discussion in comment threads on social media and on the Morning Chalk Up website, most from young women who found painful relatability in the article. From Games-level teens sharing their own gut-wrenching stories to concerned boyfriends reminding their significant other that they’re worthy of eating, that along with friends’ accounts of watching someone battle an eating disorder and menstrual cycle loss, the comment section became a powerful catalog of understanding, knowing responses. But a notable amount of comments also mentioned a key flaw in the article: there was no representation of the male counterpart to this issue.

CJ Luther, a 23-year-old athlete, recognized this problem right away. It was his comment, and subsequent email, that initially brought attention to the lack of male representation in the article. Luther, a recent college-grad who now lives in Pittsburgh, PA, was quick to identify the issue because he himself has struggled with an eating disorder for five years. His type of experience, he said, rarely gets covered in the media, and is an obstacle in his recovery.

In his last year of high school, Luther took up cross country, seeking a faster paced sport than baseball, which he had previously pursued competitively, and found success straight away. After declining to run in college, he started recreationally lifting before ultimately joining a CrossFit club at the University of Pittsburgh. Luther admits that when he started lifting at 15, his motivations were completely based on aesthetics, and that primary driver stayed with him for the next eight years of his life. When studying in Germany during his sophomore year, the language barrier and food dynamics sent the first signals that his attitude towards eating was becoming an issue. Still, it wasn’t until volunteering at a camp for individuals with Down Syndrome, where he says all he could think about was his next meal, that the severity of his challenge became apparent.

Luther finally got it. After a meeting with a dietician, he was diagnosed with Anorexia Nervosa, was put on the Maudsley Method, an at-home eating disorder recovery approach, and went back to college to finish his last semester with a meal plan. Recovery isn’t linear, Luther admits. Through the ebbs and flows, though, CrossFit has been a saving grace. For him, CrossFit has been less aesthetically based, and more focused on personal goals like getting stronger, mastering that new gymnastics skill, or becoming a more well-rounded athlete. Luther admits that there are still days when eating disorder tendencies are more pronounced, but it’s the lack of representation he sees in the media for eating disorder recovery in men that now takes the greatest toll on him.

And Luther is right. Though it’s not as prevalent as it is for women, eating disorders, body dysmorphia, and the consequential effects impact 10 million men throughout their lifetime in the United States, according to the National Eating Disorder Association (NEDA). Like many girls who experience forms of body dysmorphia, a common subcategory of the illness for men is Muscle Dysmorphia, the notion in one’s mind that their muscles are too small and they should train to “bulk up.” In fact, the same article by NEDA says that 90% of teenage boys work out with the specific goal to gain muscle mass, Luther included.

And, while women with eating disorders run the risk of losing their menstrual cycle and developing osteoporosis from lack of hormones supporting bone growth, eating disorders in men aren’t a one-off, sin-consequence issue either. For men undereating, like Luther, testosterone production plummets because of the lack of fat on the body, again leading to low bone density. Men with eating disorders also have a 50-70% greater risk of developing depression and other coexisting mental disorders. Despite hospitalizations for men with eating disorders increasing 53% between 1999 and 2009, according to a 2011 study by the Agency for Healthcare Research and Quality, these issues are still significantly underrepresented.

Perhaps the amplification of stories like Luther’s may help the youngest generation of CrossFit boys avoid falling down the same path. Unlike young CrossFit girls, who have high profile athletes helping them to navigate the sky-high body standards and performance goals, the elite men’s side of the CrossFit world is largely silent on body image, leaving young boys in need of mentorship. And, based on the experience of up-and-comer Keegan New, having a close group of mentors and role models is a successful way to block kids from spiraling down the wrong path.

After a relatively inactive childhood, New walked into CrossFit Triple River looking to feel better about himself and his body. He made modest progress in the 2020 Open, placing 43rd in the 14-15 boys division and 30th in the AGOQ. Accepting that he wouldn’t be traveling to Madison that summer, the then 15-year-old used COVID quarantine as an off season, where he gained ten pounds.

That shift was prompted by the invitation in his email inbox to compete at the Elite Teen Throwdown in 90 days. New had a new motivation, and joined Comptrain to prepare for the event. Training hard and focusing on eating to fuel performance, New dropped the weight and showed up to the competition, hosted by his home gym and good friends, as a new athlete. New weighed in at 164lbs in the Event 5 tiebreak of the AGOQ, the heaviest reported weight in his division at the Throwdown. The number on the scale doesn’t phase him, though.

While New admits that he doesn’t have time set aside in his busy schedule for weekly heart-to-hearts about body image and eating habits with his closest friends, he’s open and matter-of-fact about his feelings. He’s had conversations with the Throwdown organizers Azariah Price and Brock Yost on nutrition choices, getting some sage advice from older athletes and mentors. And, just a high school sophomore, New makes a point to check in on a friend that he knows has trouble with the issue.

So, what can be done to solve this issue? Luther suggests opening up. Amanda Barnhart and Julie Foucher, among other elite and influential female athletes, have been outspoken about  their struggles with body image, their relationship with food, and their personal approach to a healthy lifestyle. However, the elite men’s side of the coin is sparse with such personal accounts. But for people like Luther, those stories and anecdotes could be meaningful, encouraging, and strengthening.

And for the youngest generation, the boys growing up in the gym, seeing pictures of Rich Froning and Mat Fraser plastered across the internet; communication and empathy within the community is as vital as ever. New is a prime example of a boy with a strong support system to keep him on track and positive role models to look up to. What can we do to give every CrossFit Kid that experience?

Young men, this is your time. Embrace the bravery and grace of CJ Luther, and the empathy and spirit of Keegan New, and share your story. 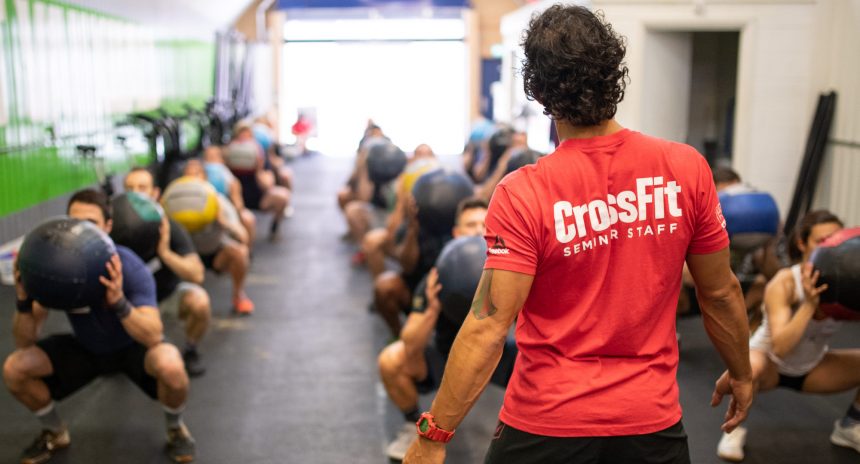