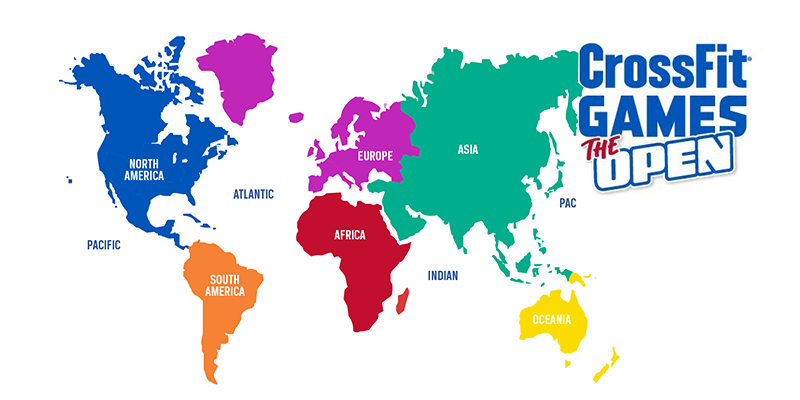 The full CrossFit Games season slate is coming into focus as today CrossFit announced the ten partner events that will make up the semifinal competition stage this season, answering one of the biggest remaining questions around the new format for 2021.

The selection and seeding process is still unknown, but with the announcement of the events and general locations, athletes now have a clearer picture of their path to the Games as the four of the six continents only have one event.

What stands out: Geographically the North American events have a nice spread across the continental boundaries. The Atlas Games in Montreal will be the Canadian event, the West Coast Classic in California will anchor the western United States and possibly parts of western Canada. The MACC covers the eastern seaboard, and the Granite Games will fit nicely into the Midwest.

What stands out: The rise of Europe as a competitive powerhouse in the sport placed a heavy emphasis on the selection of the two events for semifinals. Given the heavy presence of European events in the Sanctionals system — nine events were originally slated for 2020 — and the fact that European countries represent six of the top ten affiliate markets in CrossFit, whittling the events down to just two was a difficult task.

What stands out: The biggest surprise of the announcement is that an event outside of the previous group of Sanctioned events will join the party as a semifinal event in 2021. Prior to the season changes in 2019, The Torian Pro was a well-established event in Australia, and many considered it a candidate for the original batch of Sanctionals.

What stands out: As far as event selections go, this was a no-brainer. Brazil is the 2nd largest CrossFit market in the world and the team from the Brazil CrossFit Championship has hosted two iterations of their Sanctional with great success. The SouthFit CrossFit Challenge put on a great show last season, and one hopes they can be in the mix supporting the lone event representing Latin America.

What stands out: This was another fairly straightforward decision, with only two Sanctional events previously being based in Africa. South Africa has a longstanding history with CrossFit, and was host to the Africa Regional from 2009 through the 2014 season.

One big caveat: Due to the ongoing developments of the coronavirus pandemic it is entirely possible that the physical locations of each event could move in order to accommodate in-person competition based on nearby restrictions and mandates.