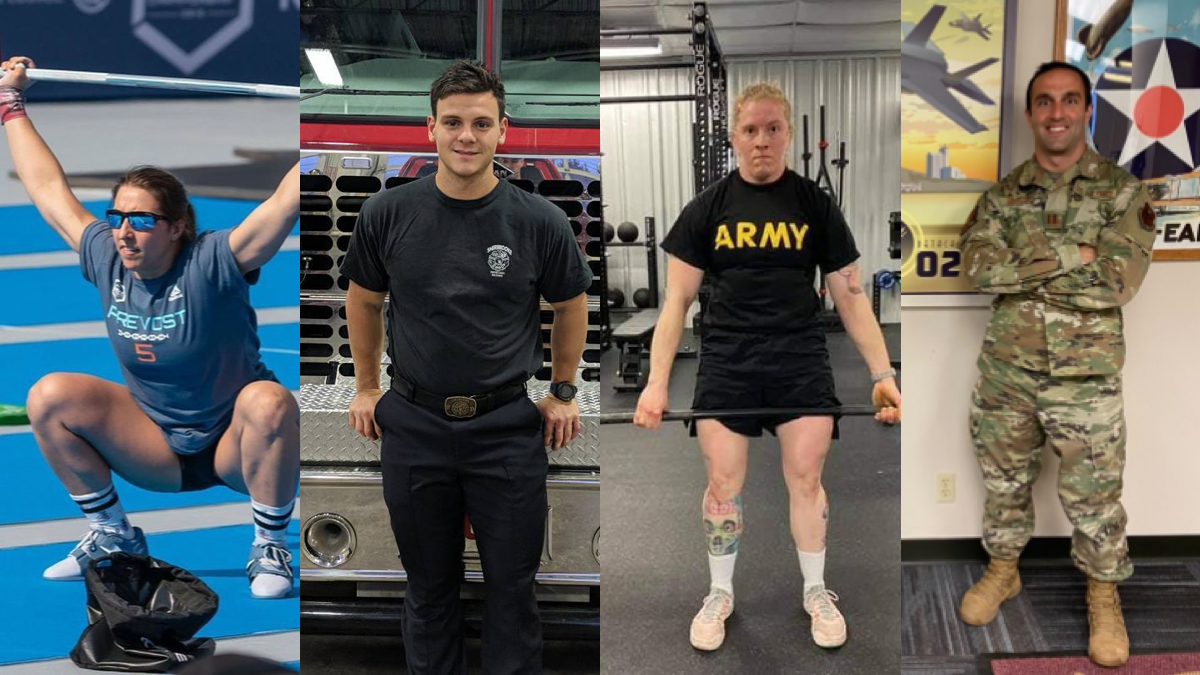 Remind me: While the worldwide Open used to include occupational leaderboards, this was the first year it was its own competition held in conjunction with the Age Group Online Qualifier.

One big thing: Presumably, most Occupational Games competitors work full-time jobs, leaving them less time than many top athletes in the individual division, who are pursuing CrossFit as their career. Despite this, the top Occupational Games athletes proved their careers haven’t stopped them from being at the top of their game, and even competitive with some of the best athletes in the world. Two female winners—Prevost and Laure—will even be competing at the upcoming Semifinals, while the other Occupational champions had impressive Quarterfinals finishes.

Prevost: For Prevost, the win is hugely symbolic, as it shows that she’s able to maintain a high fitness level while also teaching full-time, which in the last year has mostly been entirely remotely. “It’s a great promotion for other teachers and students out there,” she said.

Paquette: For Paquette, the competition was also symbolic as “it’s important for people to know that firefighters keep fit,” Paquette explained.

Benfey: As a healthcare professional, the win is more than being about a competition. It’s about leading by example, Benfey explained.

LaClair: After a year of pandemic-related challenges, where LaClair wasn’t able to train in her gym for months, she couldn’t be more proud of becoming the fittest female firefighter, she explained.

McClune: McClune, who serves in the Air Force and as an Air Force Leadership studies instructor at Arizona State University won not one, but two divisions in the Occupational Games: military service member and teacher. He remains humble about his wins.

Miller: And for Miller, who serves full-time as a State Medical Planner with the National Guard, winning the competition “reinforces my drive and determination to continue training and putting in the work to be the best I can be in this sport,” she said.

The big picture: For those who competed in the inaugural Occupational Games, it was a real chance to represent their chosen careers and even come together and bond with others in their industry, Laure explained.