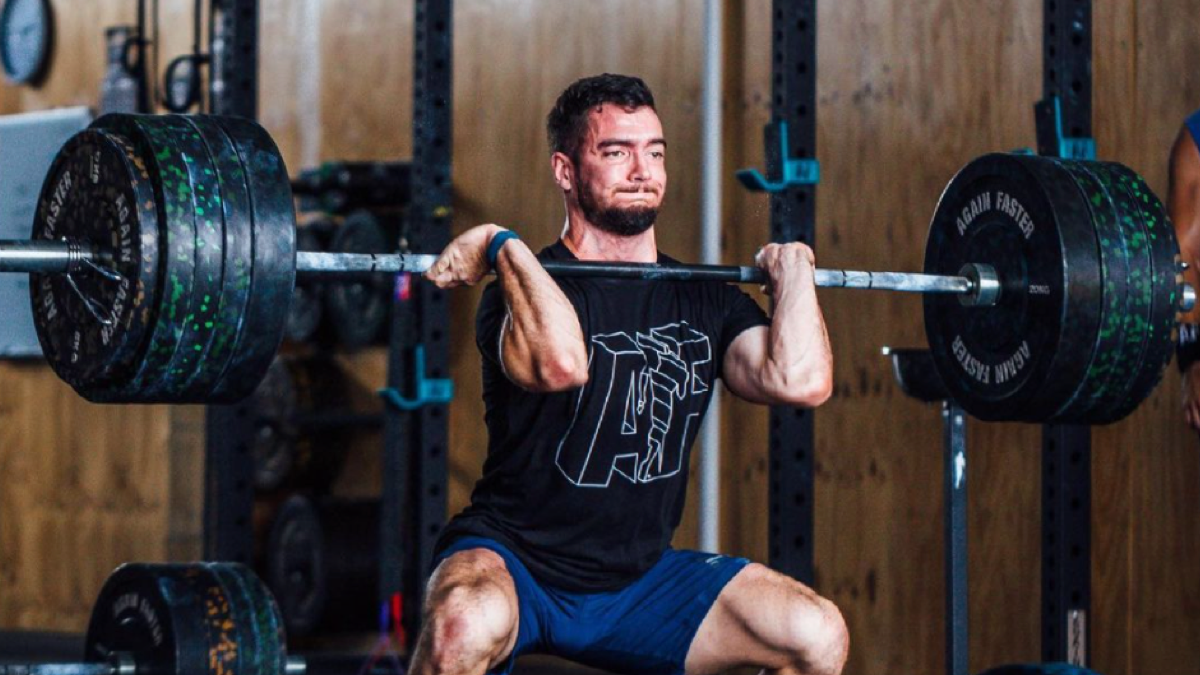 Pat Rafter Arena in Brisbane, Australia played host to the teams as they got everything started early Friday morning. After completing their first two events of the weekend, the individuals would follow suit beginning in the early afternoon. This is generally the preferred competition schedule for athletes and spectators alike, a pattern which will repeat each of the three days at the Torian Pro.

Event 2: “Team Reverse Tri” Was a relay style reverse triathlon of the Assault Air Runner, the Concept 2 Bike Erg, and then a quick 500 meter row with a 55 minute time cap. One athlete had to complete all the work before the next athlete could start on their run.

The names we expected are all hovering near the top, but twenty points already separating third place from fourth place makes one wonder if the top three we’re seeing here are going to be the top three throughout the weekend?

Consistency is the key on weekends like this, you don’t necessarily need wins to be in the lead, and after day one, a name no one was talking about heading into this weekend finds himself on top of the leaderboard:

Don’t be surprised if Kara’s fourth place finish on event one is the worst finish she has in any event this weekend. She’s already in first despite the long endurance event accounting for half of today’s score; everyone else can focus on spots two and three. Currently occupying those spots are youngster Ellie Turner, a popular pick to make a splash this weekend, and Gemma Hauck, who very few were singling out as having Games potential, but had an impressive day one taking seventh and fifth respectively on the first two events.

The structure for day two will be very similar to day one, only all divisions will take on three different tests on the middle day of competition. That means over forty percent of the points available are on the table on Saturday.

Teams will kick things off beginning at 9:00 AM locally (7:00 PM EST, 4:00 PM PST) with their version of the tribute workout Hann, followed by a two part event, the clean and jerk ladder, in which the men and women will be scored separately.

Individuals will take the floor beginning at 12:30 PM locally for a series of three tests:

Three of the seven scored events in one day mean for athletes like Sturt, Boon, and Beath for the women, and Grove, Newbury, and Swan for the men, the time is now if they want to make a push for one of the coveted top three positions emerging from Oceania this year.