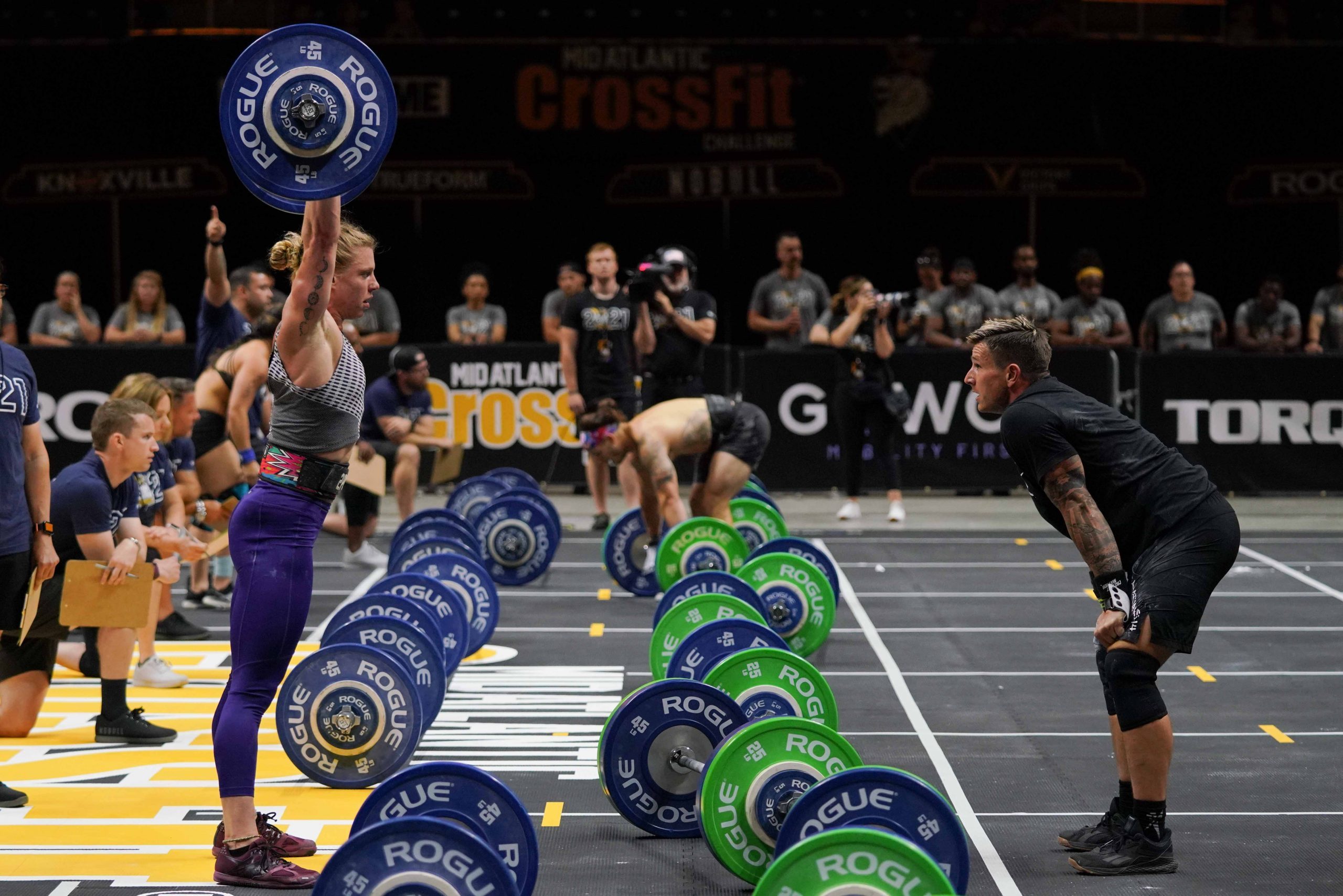 It was moving day in Thompson-Boling Arena on the campus of the University of Tennessee on Saturday. What it left in its wake was a Mid-Atlantic CrossFit Challenge leaderboard that didn’t change at the top in the men’s and women’s division but saw an expected name reclaim its spot at the top of the teams division. The rest of the leaderboards saw significant changes as athletes jockeyed for their qualifying spot for the 2021 NOBULL CrossFit Games.

Tia-Clair Toomey was half a second away from sweeping the two events of the day. Instead she opened up a 48-point lead and established her dominance over the field. Both events tested two very different levels of fitness. Event 3, the new CrossFit “Girl” workout “Grettel” was a “blink and miss it” type of workout that featured 10 rounds of 3 clean and jerks and 3 bar-facing burpees and Event 4, “Inception”, was a grueling three-round chipper that featured running on the Trueform, ring muscle-ups and heavy wall-balls with a 27-minute time cap.

Day 1 sensation Jayson Hopper showed the advantages and disadvantages of being young and a newcomer on the big stage on Saturday. But also showed that he is a star on the verge of being born in the sport. The 23-year old maintained his overall lead as the leaderboard underneath him shuffled as other new names in the sport made their move up the leaderboard at the expense of Games veterans.

Going into day two, Mayhem knew they had to make up some ground if they wanted to move from fourth place overall to the top of the podium while Westchase knew they had to continue their push to hold off the other teams who trailed them by just a few points. Teams got gymnasty together in the first event of day 2 with male-female pairs performing synchronized kipping handstand push-ups, chest to bar pull-ups, and clean and jerks. Teams then came together to perform 50 worm thrusters, followed by the same sequence of gymnastics from the other male-female pair.

On tap for the final day: Sunday’s action starts at 9 AM ET as both the teams and individual divisions each set to take on the final two events of the competition.