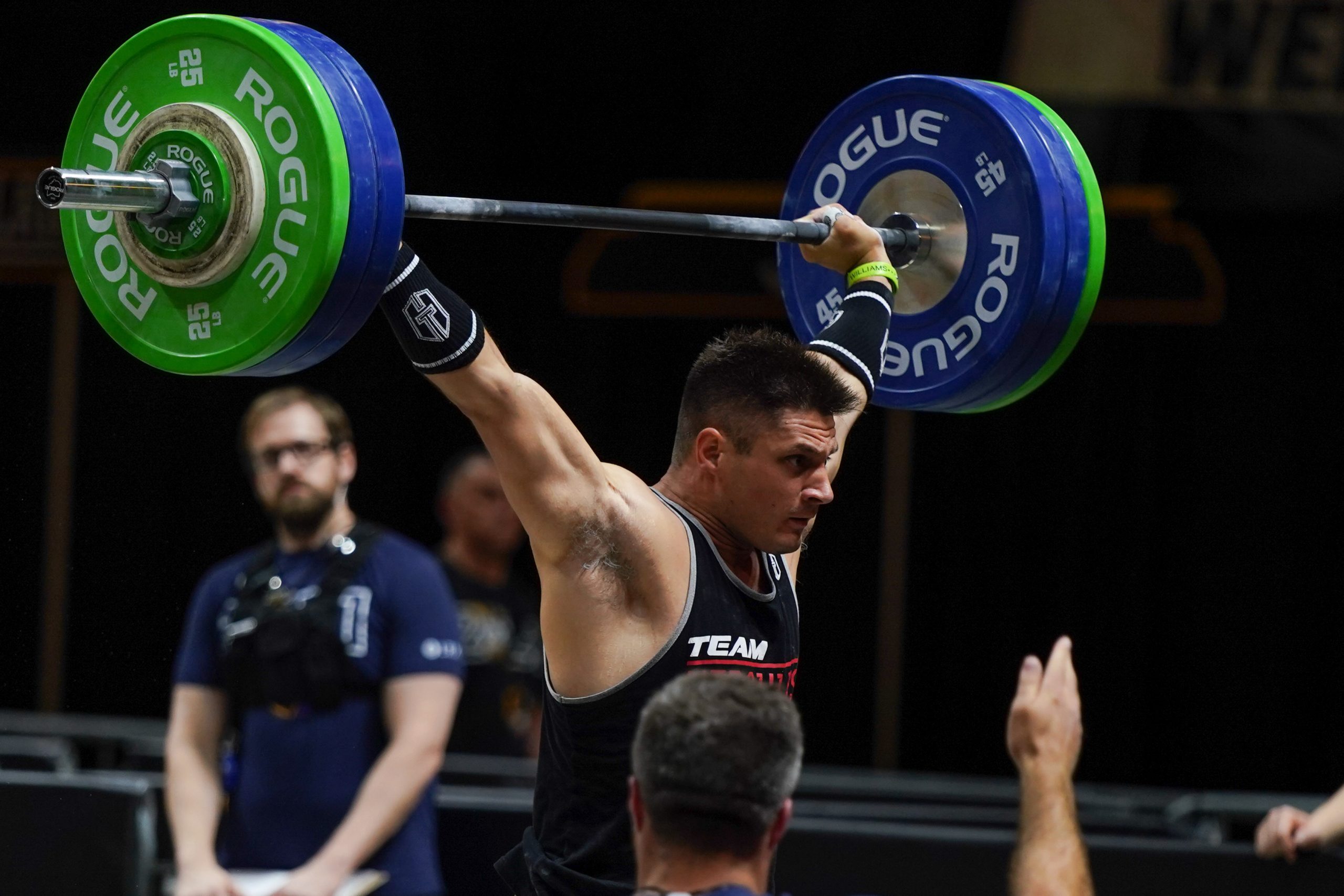 After being one of seven men to snatch 300 or more pounds in the morning and a middle of the pack finish (19th) in event two, Travis Williams was in 9th place and excited about the workouts coming out over the course of the weekend, “the programming is good for me, there are three machine workouts and three barbell workouts this weekend” Williams told the Morning Chalk Up.

It was a bit surprising when he took to Instagram around 8:00 pm Friday night and explained that “this crazy thing happened and basically I have to go home and go to work, so I will be withdrawing from this competition unfortunately.” It seemed there was some miscommunication between him and his employer — the Houston Fire Department — but there was no way around it, “I have a sixteen hour ambulance ride along shift that I’ve been called in for Sunday. Very unlucky.”

Williams seemed positive in the conclusion of his Instagram video saying he’s had fun already, but this is just something he has to do, “Houston FD was very clear from the start that this job comes first. Once I make it to December of this year I’ll have more freedom and will be able to take time off more easily to compete.”

When asked about whether the rather small prize purse was a factor in his decision making he said, “if it was 10k for fifth place I wouldn’t have budged.” In the conversation that has been going throughout the competitive community this past week, this seems like another indication of just how far from a professional sport this is for even some of the top end athletes in the sport right now. Williams is a three-time individual and two-time team Games athlete. His teams have taken 6th twice and his best individual finish was 19th in 2016, but he has to work full-time as a firefighter to earn a living.

Although this is the end of the official CrossFit Games season for Williams, he said he’s going to do his best to participate in some of the big off-season events. He’s also planning to be in Vegas for the West Coast Classic to watch some of his friends compete and maybe party a little.

Travis Williams’ Workout of the Week