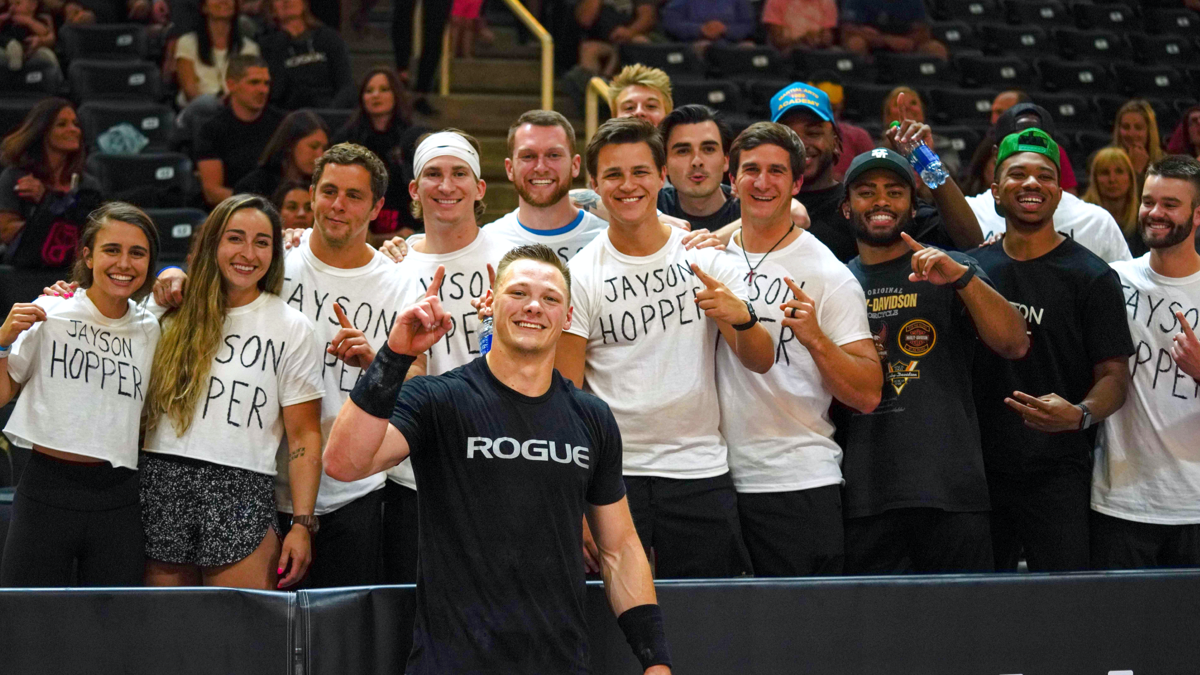 The first of four Semifinal weekends in the 2021 CrossFit Games season is a wrap and while there will be plenty of time to analyze all the action once the dust settles, here are five key takeaways from the Mid-Atlantic CrossFit Challenge and the Torian Pro.

1. Australia’s Two Fittest Women Dominate on Opposite Sides of the World

Certain rivalries are commonplace in this sport, and perhaps none more so than the one Tia-Clair Toomey and Kara Saunders developed through years of Regionals going head to head. That rivalry culminated in the closest race ever at the Games in 2017, where Toomey edged Saunders by two points to claim her first title as Fittest Women on Earth. Not long after Saunders started a family, having her first child, and fans weren’t sure if she would return to the sport. Now that she has, and with some of the success she’s already had since coming back, the Semifinal format primed us for that match-up yet again; that is until COVID stepped in.

Toomey, who lives in the United States, was unable to realistically get to Australia for the Torian Pro this weekend. CrossFit made an appropriate rule change to allow her (and other athletes in the same situation) to compete at a Semifinal they could actually get to. As a result, we did not get the latest iteration of the Toomey vs Saunders contest that many were excited to see. However, both women were dominant in their own regard at Semifinals this weekend. Despite a missed lift early in the weekend Toomey grabbed 588 out of 600 total points, while Kara rather casually picked up 660 out of 700 points available and won her Semifinal by 96 points. We were denied the renewal of that rivalry at this stage, but we will get to see it in Madison this July.

2. The Old Guard Still Has It; Veterans Dominate Qualifying Positions

All told, sixteen individual athletes have qualified for the Games this weekend.

Their ability to show up in the pressure-filled environment that was Regionals, and is now Semifinals, where you only have one weekend to achieve what you train all year for, hasn’t gone anywhere.

3. The Next Rookie Sensation, Who Is Jayson Hopper?

In the off-season, CrossFit Crash in South Carolina hosted a fairly high level competition where well-known Sanctional athletes like Jake Berman, Josh Miller, and Kyle Bernier all took a back seat to eventual winner Jayson Hopper. This result caught our eye and Hopper has been on the radar since, the question was, how good could he actually do when it mattered most and all eyes were on him?

Despite being aware of who he was, we were not expecting a dominating performance of the nature we saw this weekend at the MACC; especially against the extremely prestigious field of male athletes who were also sent to that Semifinal. Now that we’ve seen him in action against four previous top five Games finishers. And we’ve seen him take it to them throughout the weekend by winning half the events, snatching 300 pounds, and looking fairly composed throughout all of it. He is without a doubt an athlete everyone will be expecting to contend for Rookie of the Year honors at the Games this summer, and quite possibly place rather high on the overall leaderboard while doing so.

4. The Affiliate Cup is Back and Several New Teams Are Heading To Madison

Super teams are a thing of the past (or at least for the most part), which means the original intent of the team competition, which was to have a group of people who train together, and do so for years in many cases, get to compete on behalf of their affiliate. CrossFit Mayhem Freedom is the exception in many ways, but the rest of the qualifying teams coming out of both the Torian Pro and the Mid Atlantic CrossFit Challenge are much more of what we’re used to seeing in the old team system.

There are a few individuals amongst those teams with some Games experience. But a majority of the athletes and teams are making their first trip to the Games. Huge congratulations to those eight teams all of whom navigated very difficult team competitions to get to the Games this summer.

5. Live Competitions and Elite Level Broadcasts are Back and Set the Bar High

We won’t get it every week of Semifinals this year, but at least for week one we were lucky enough to see two live, in-person, competitions, and have two high quality live broadcasts streaming to multiple locations online.

CrossFit has been very popular in Australia for a long time, but with strict lockdowns throughout the country for the last year there were questions about how many fans would be able to show up. The answer is they showed up emphatically recording sellout crowds of over 4000 raucous, loud fans on all three days of competition and provided an inspiring atmosphere which motivated the athletes throughout the weekend.

On the broadcasting side of things we had two professional streams, one in Australia and one in Tennessee, which brought coverage with commentary and all the graphics we’re used to having at the big competitions. The broadcasts have all pulled in hundreds of thousands of views on YouTube, and surely many tens or hundreds of thousands more on Facebook and the CrossFit Games website. It’s always been important for CrossFit to be able to tell their own story well to fans who are not on site to watch in person. Now, more than ever, that is the only way for many to be involved. The standard was set week one, it’s up to CrossFit and the events they have chosen to answer the bell by maintaining that now for the next three weeks as well.