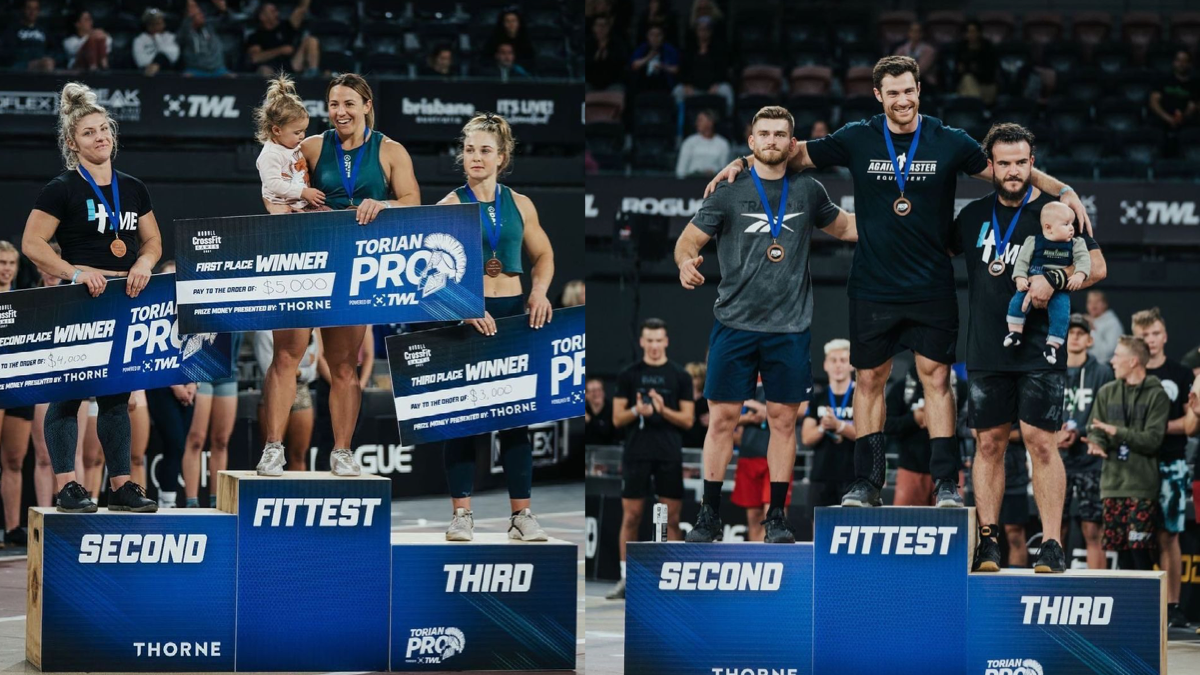 With the conclusion of the Torian Pro at the Patrick Rafter Arena in Brisbane Australia we now have our first three men, women, and teams qualifiers for the 2021 NoBull CrossFit Games. All three divisions were tight right down until the finale, but in the end only three in each division got what they came here for this weekend.

Kara Saunders (660 points): Frankly, there is no surprise here. However, every athlete, regardless of previous performance or expectation must show up and get the work done. Kara did exactly that. With nothing worse than a 6th place finish, and three event wins, Saunders was the class of the field and also is sending a message across the way to her long time rival, Tia-Clair Toomey-Orr, at the MACC this weekend. With both perennial contenders getting an invitation to the Games in week one they will have maximum time to prepare for each other in a couple months

Laura Clifton (564 points): Now qualifying to the Games for a second straight season, Clifton validates her podium finish last year at the Australian CrossFit Championships. She amassed four top three finishes including an event win on Event 6 to start the final day of competition. More so than any other athlete, Clifton challenged Saunders on certain events throughout the weekend. These battles provided some excellent drama, but also demonstrated world class prowess by Clifton on specific styles of workouts which makes her a fun, and potentially influential, factor on certain tests at the Games this summer.

Ellie Turner (532 points): As the Torian Pro got closer and closer, more and more people were talking about Ellie Turner possibly taking one of the qualifying spots. Turns out, that was for good reason. Turner did have her share of struggles this weekend, and will want to address some of those over the next couple of months, because despite them, she was phenomenal on pretty much everything else. On the back of six top seven finishes, she fully deserves the invitation to the 2021 CrossFit Games she earned this weekend.

Royce Dunne (549 points): When you finish in the top four on over seventy percent of the workouts there’s only one place you’re going to wind up, and that’s atop the podium with a CrossFit Games invitation. Even with so many great performances, including taking second and third on the two events of the final day, it was Dunne’s emphatic dismantling of the memorial workout Hann on Saturday morning that stands out as a reason fans should be excited to see this man in Madison this year. He’s won an event at the Games before, don’t be surprised to see him mixing it up on a couple tests again in late July.

Jay Crouch (548 points): Although many were picking him for a top three position after winning both the Open and Quarterfinals in Oceania, this has to feel very good for the young Jay Crouch. At 22 years old he’s now made his second consecutive CrossFit Games. In a way, this performance validates his win at the Australian CrossFit Championships last season. He’s now beaten both James Newbury and Bayden Brown, who have previously been the men to beat in the region, at consecutive live competitions. In the quest to be the Fittest in his region, all that’s left now is to do it in a live format at the Games this summer.

Bayden Brown (538 points): Very Similarly to Turner on the women’s side, a couple blemishes appeared like they could prevent Brown from qualifying this year. But, back to back events wins on the final day, coupled with an event win all the way back in event one leaves Brown with a pretty impressive weekend when all is said and done. This marks his third consecutive trip to the CrossFit Games where he will look to leave a mark this year after only getting one event in 2019, and being forced to compete online in 2020.

Two close races emerged as the weekend wore on for the top teams in Oceania. 64 Army Gold and Urban battled for the top spot, while Awaside and Reebok CrossFit Frankston were locked in a more significant duel for the final Games spot. In the end, only three of the four could advance though.

The big picture: Torian Pro did an excellent job in all regards when it comes to setting the tone for what this Semifinal format can be. The competition was entertaining in all three divisions, culminating in close races, and deserving qualifiers advancing to the pinnacle of the sport, the 2021 NoBull CrossFit Games:

And, in the men’s and women’s divisions, a few other athletes have earned the right for a final opportunity in the Last Chance Qualifier which will take place virtually in early July.