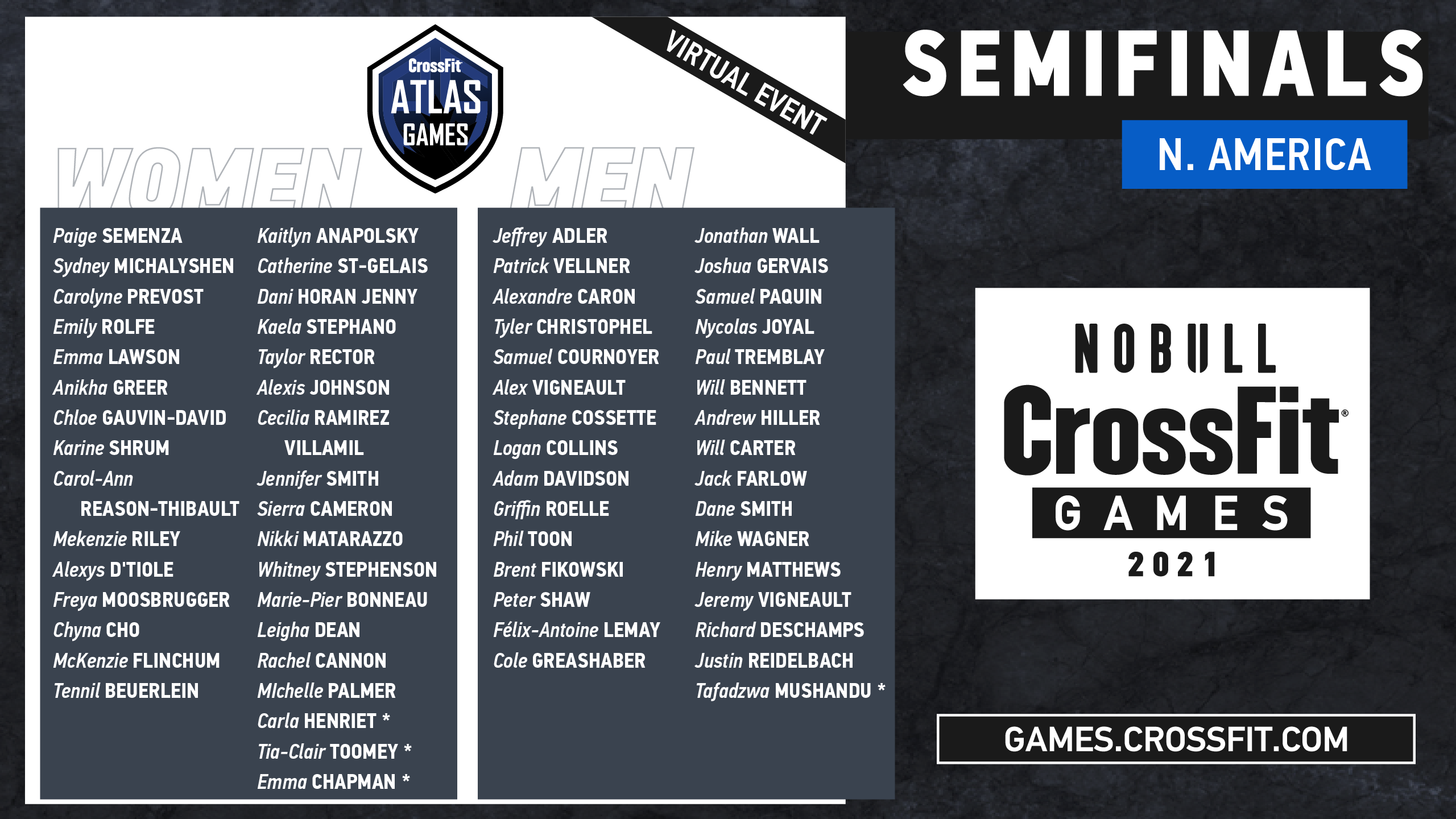 On March 12, 2020 athletes, coaches, media team members, and event organizers gathered for an emergency briefing on the floor of what was supposed to be the first sanctioned iteration of the Atlas Games.

Hours earlier athlete check-in was underway, vendors were setting up booths, and the Morning Chalk Up team was preparing for the first of three straight Sanctional weekends on the road – with the West Coast Classic and German Throwdown to come in the following weeks.

The briefing confirmed everyone’s worst fears, the Atlas Games were postponed indefinitely, and following the news of Canadian Prime Minister Justin Trudeau’s wife Sophie testing positive earlier that day, it appeared the entire world was headed for a lockdown. The next day the United States declared a state of emergency, and the world hasn’t been the same since.

The Atlas Games had the unfortunate honor of being the 2020 Sanctional event that was left at the altar by the pandemic, which no doubt left future iterations of the event in question. A year later, they’ll be pressing forward despite the still present restrictions of the same pandemic, but with a virtual format that has served as a saving grace for the season.

Top to bottom the event is stacked with talent, and look no further than the 21 total athletes with individual Games experience competing this weekend, and that’s excluding Carol-Ann Reason-Thibault who is withdrawing due to injury but would have undoubtedly been in the mix. That number is fortified by the fact that 4 more athletes in the field have qualified in the teenage divisions.

Women: Emily Rolfe, Caroline Prevost, and Chyna Cho all have Games experience but also have stayed active within the sport throughout the craziness of the past two seasons. Rolfe recently won The Trials virtual competition, Prevost has been right at home competing online, finishing as high as third worldwide in the Open, and if Scott Panchik’s performance at the MACC is any indication of what time on the Mayhem team can do for individuals, Chyna Cho should have some clear sailing.

Men: Jeffrey Adler, Patrick Vellner, Samuel Cournoyer, Brent Fikowski, Logan Collins, Alexandre Caron. Thank goodness there is an extra spot to the Last Chance Online Qualifier (LCQ) being doled out here because the men’s field is loaded. Adler excels in virtual competition, making it through stage one of the 2020 Games, and then winning the 2021, and Vellner, when healthy, is as good as anyone in the sport regardless of format. Cournoyer, Caron, and Collins are both sneaky picks not just to qualify, but to make some noise as well at the Games and without putting the cart before the horse, all three have finished inside the top 10 worldwide in the Open. Fikowski may not love online competition, but he will love the time domains and/or formats of four of the workouts enough to punch through.

All of these athletes could very well qualify and leave some big names on the outside looking in for the Games. Most have one or two individual appearances, but have variables present in their fitness journey that could play a factor.

Women: Mekenzie Riley, Paige Semenza, Dani Horan-Jenny, Mckenzie Flinchum, Alexis Johnson. All five have individual Games experience with all but Flinchum having multiple years, but there are question marks around where they’re at relative to peak form. Johnson and Horan-Jenny have dealt with injuries, Riley is coming off a pregnancy, and Flinchum skipped the 2020 season for personal health reasons. Semenza is a gamer and seems to perform better in live competition, but her only live appearance last season was marred by illness before being one of the athletes slated for the 2020 Atlas Games. The potential from this group is huge, which should make it that much better of a race for the top-5 and the LCQ.

Men: Jason Carroll, Alex Vigneault, Griffin Roelle, Adam Davidson, Peter Shaw, Tyler Christophel. Similar story to the women here, they could all very well end up in the top five or LCQ. Roelle, Davidson, Shaw, and Christophel all qualified for the first time last season, under a very different system than we have now, but certainly have the talent and just need more game tape consistently performing at the top level in live competitions to be elevated to the next tier. Carroll is hot and cold depending on the season it seems like, but has multiple Games appearances under his belt and can light up a few of these tests. Vigneault is an enigma because at his best he’s a top-10 athlete at the Games, but that was in 2016 and he’s had some up and down years since.

Women: Emma Lawson, Anikha Greer, Sydney Michalyshen, Kaela Stephano. Michalyshen is the oldest of the bunch at 21 years-old, and last season she won the Rx division at Wodapalooza but with scores that were competitive in the elite division in the events that were the same across divisions. Lawson still has this season and next season in the teenage division, and even if she doesn’t qualify at 16 years-old, she will likely win the teenage girls 16-17 division in Madison. Stephano beat Haley Adams twice in the teenage divisions, but hasn’t quite been as focused on the sport since, but definitely has the potential to shake things up in the future. Greer was one of my picks at the start of the year to have a breakout season, and I think an LCQ spot is well within reach.

Men: Cole Greashaber, Dane Smith, Paul Tremblay. Greashaber is a young gun to watch that was a teenage division podium finisher at the Games and part of our staff picks earlier this season as well, and he’ll have a nice opportunity to shake things up in his continued progression towards breaking through as an individual. Dane Smith carries the pedigree of his last name, but has been relatively quiet in his quest to be the third Smith brother to qualify since finishing 12th at the 2018 Atlantic Regional. Tremblay is a human hand grenade on the leaderboard, and will likely finish in the top three or five in events 1 and 5, but will need every ounce of his “dad strength,” to extend his season.

Here are the teams to watch for the 2021 Atlas Games:

CrossFit Resurrection: After taking fourth in the Team Quarterfinals and 25th in the world in the Open, Resurrection comes in as the number one seeded team for the Atlas Games this year.

Pro-1 Montreal: The second-seeded team is no stranger to high level competition. If they qualify for the Games this year, this will be their third go around as a team.

1855: Team 1855 is stacked with former East Regional veterans. With a total of 14 years of combined regionals experience, Team 1855 is looking at a solid chance of earning their spot at the CrossFit Games.

Team Koda: One of the five Koda CrossFit teams to qualify for Semifinals, Team Koda is the highest ranked Koda team and the one most likely to punch a ticket to the Games.

Novative Lab: During Team Quarterfinals, Team Koda and Novative Lab placed consecutively in 24th and 25th. This close placement of the two teams leaves the 4th and 5th seeded teams coming in on near equal footing as they enter this weekend of competition.

One More Team To Watch: While their sister teams, Team Invictus and Invictus Unconquerable fight for a podium position at West Coast Classic this weekend, Invictus Sorrento Valley will be competing from their home gym in California.