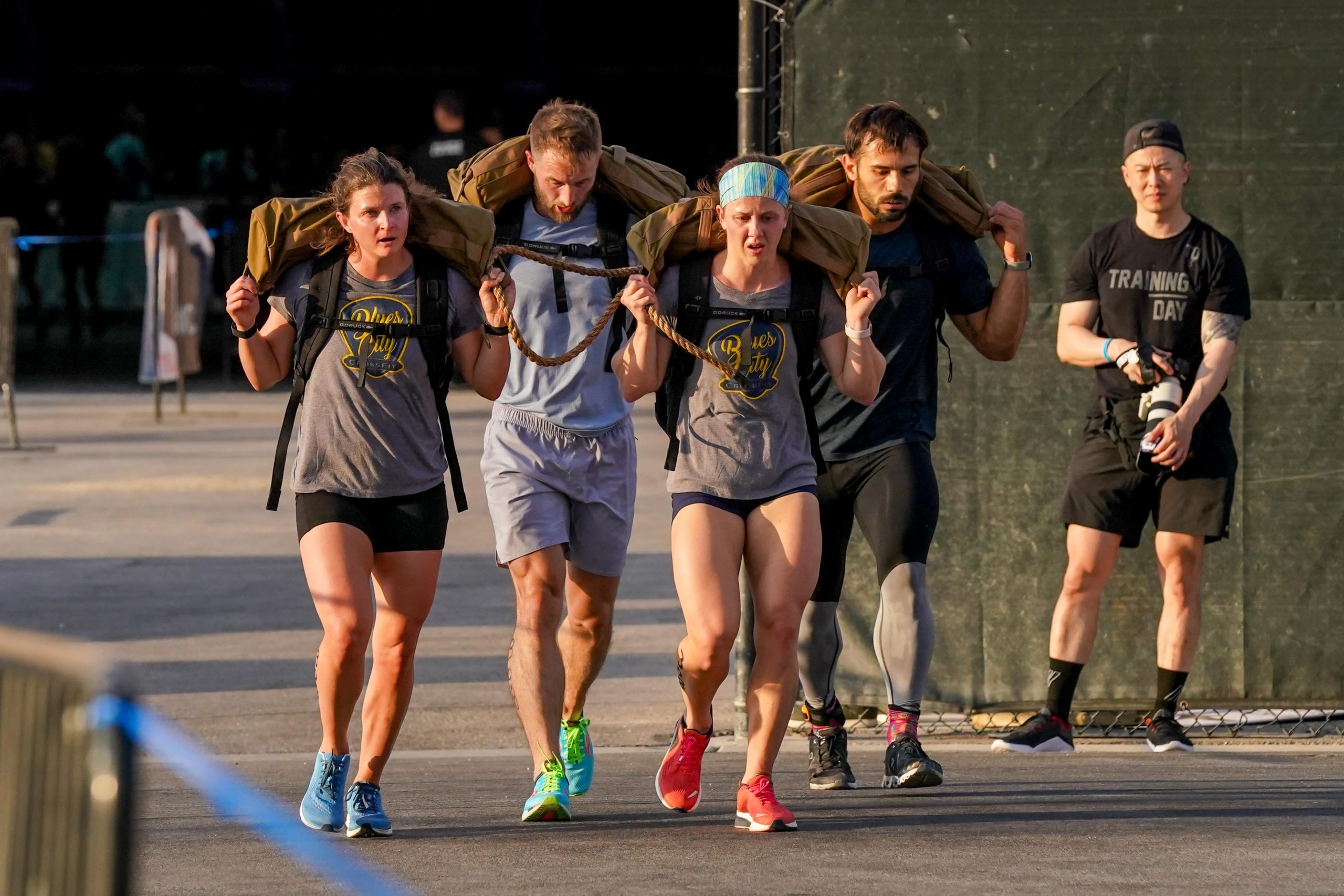 After two solid performances from Blues City Athletics at the close of day one of the West Coast Classic Semifinal, the team was able to make a name for themselves in the coveted top-five spot with a third-place overall finish. But it was day two when the team really started to show their strengths, quite literally.

Let’s lift heavy! With a max clean and jerk on tap for the second workout of the day for team men and women, all eyes were on Stephen Wallace as he has an impressive track record of crushing strength workouts.

Remind me: In the Crossfit Games Individual Quarterfinals four rep-max front squat, Wallace finished first in the world lifting an impressive 455 pounds. Wallace also competed at the 2015 Regionals but has been dealing with injuries ever since. But with his performance thus far, he’s trying to prove that he and his team are serious contenders to punch a ticket to Madison.

As for teammate Taylor Streid, she has experience in Madison after competing in the 2019 Games as an individual. In 2020, she qualified with Mayhem Independence but the division was canceled due to the pandemic. While she is ranked 60th in the North America Individual division this year, Streid chose to jump on a team with Stephen Wallace, Chris Harbison and Marrah Sanders in hopes that 2021 would be the year she could get back to the Games.