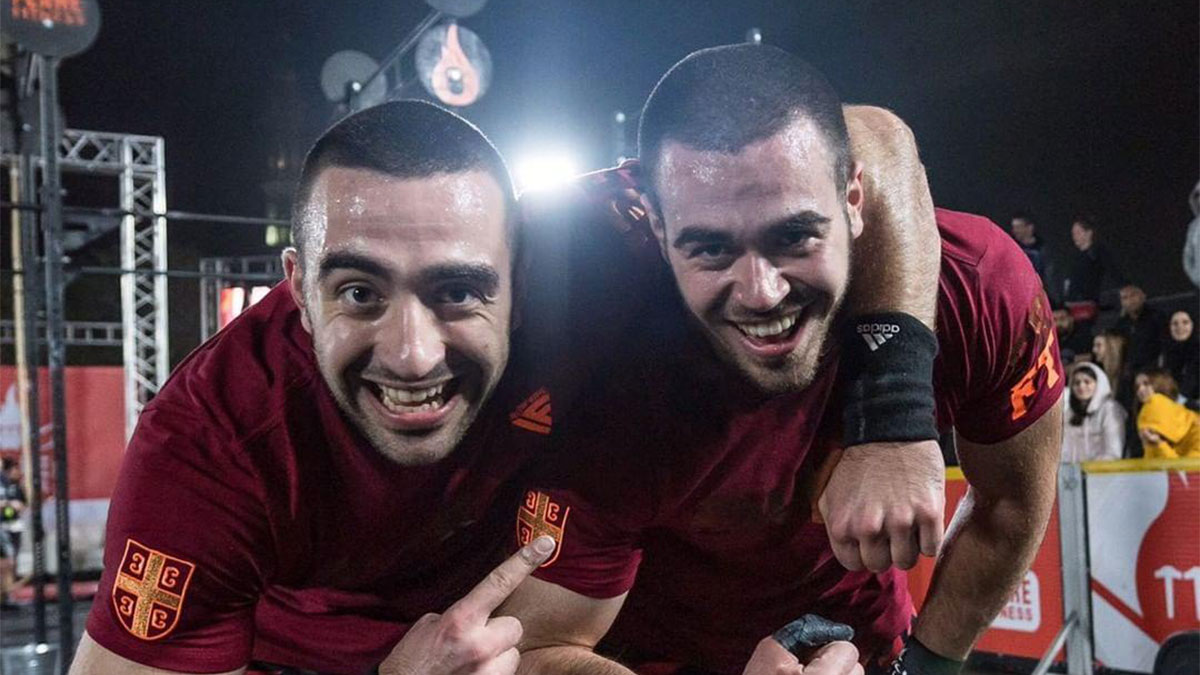 At the end of the CrossFit German Throwdown, a well-known name sat on top of the leaderboard: six-time CrossFit Games athlete Jonne Koski. But behind him, in second and third place, were two less-familiar names, brothers Lazar and Luka Đukić.

One big thing: While Lazar may be familiar — he has been crowned the Fittest in Serbia four years in a row, and 2021 will be his third time qualifying for the Games — Luka is a newer face in the field.

Lazar gave a dominant performance during the online Semifinal, with all of his finishes in the top 10. Luka ranked outside the top 10 in two workouts but was confident: if he could qualify for Semifinals with a torn meniscus, he could make the Games.

Oh, brother: Lazar brought CrossFit to Luka after learning about the sport during an exchange to the United States. During that time, Lazar was living with one of the first Serbian CrossFit competitors who one day said to him: “Let’s do MURPH.”

Lazar returned to Serbia, bought equipment, and taught the sport to Luka, who was getting back in shape after breaking his leg.

The brothers don’t follow the same programming and typically don’t train together. “But we’re there for each other in the gym,” Lazar says, “We keep each other company.”

Working towards the CrossFit Games, however, Lazar expects that he and Luka will train together more frequently. “We are getting close to that spot that we have the same weaknesses and same strengths,” he explains.

The Games: The brothers’ main concern, after qualifying, was not the competition. It was their visas.

Even before their visa approval, Lazar and Luka started ramping up their training. Lazar, who has prepared for the Games before, says it is the “most fun training you can do… a lot of running outside, a lot of swimming in the open water, a lot of event sessions. For the online event, it’s mostly thrusters, burpees, pull-ups, rowing, whatever. Here is stuff that I’m pretty good at, the unknown and the unknowable.”

2021 will be the first in-person Games appearance for the brothers, which both say feels “amazing.”