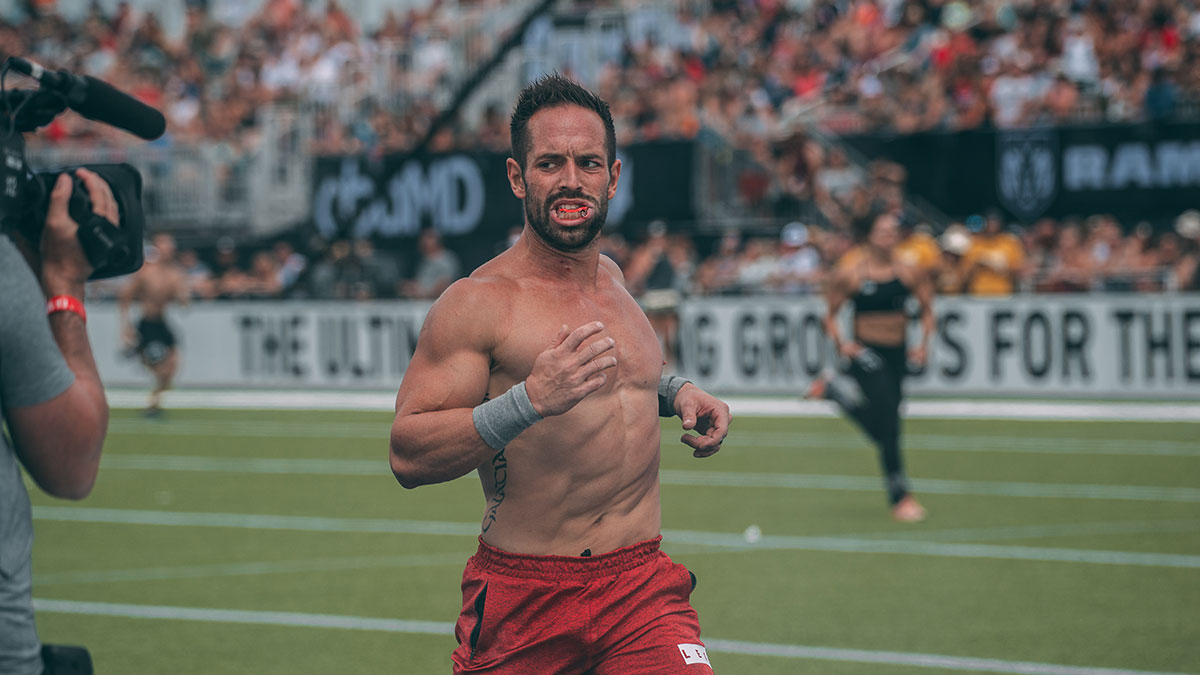 It was no surprise that CrossFit Mayhem Freedom took home four straight wins on the first day of team competition and continued their dominance with two more wins early Friday. What was surprising, is their win in an event with an object that the team doesn’t train.

One big thing: Event 6 forced the four-person team to push Big Bob across the field which weighs 667 pounds/302kgs. This size is nothing to sniff at, but CrossFit Mayhem Freedom pushed the implement with ease before sending their fastest athlete — Chase Hill — toward the finish line in a full sprint. He dusted the field and delivered the 6th straight win for the team with a time of 1:58.64.

Following the event, Froning confirmed a surprising piece of information — the team doesn’t have a Big Bob at CrossFit Mayhem Freedom or in the iconic barn at his house. This lack of equipment could disrupt other teams, but the quartet from Cookeville simply takes a different approach with their training style.

The win in Event 6 was the 4th of the weekend featuring Big Bob. CrossFit Mayhem Freedom also faced off with the piece of equipment during Events 2, 3, and 5. They pushed Big Bob in two events and pulled it in the other two, capturing the win every single time.

Bottom line: Big Bob is a familiar piece of equipment for the athletes, especially CrossFit Mayhem Freedom. The team has battled with the implement a multitude of times in the past and come out victorious three separate times, including the two most recent events. Froning says, his team needs to work on sled pushes more, but the current amount of effort is still leading to victorties.