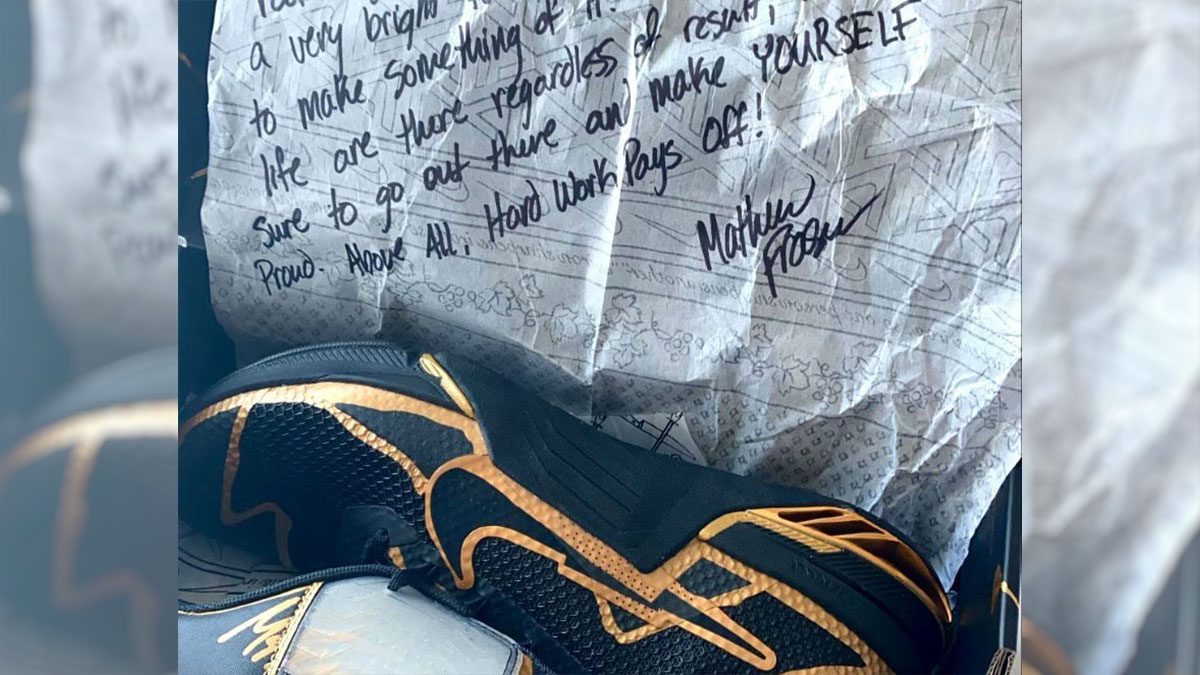 A little more than a week ago, CrossFit Games rookie Jayson Hopper announced that he joined the NIKE team as their newest athlete. When a box of NIKE Metcon Mat Fraser editions showed up at his house, it came with a handwritten note from the five-time champ himself.

What it said: “Welcome to the Nike Team! I’m grateful that our paths crossed and excited to see what you do in your rookie year. You have all the tools to have a very bright future in CrossFit, it’s up to you to make something of it. The people in your life are there regardless of [the] result, so make sure to go out there and make YOURSELF proud. Above all, Hard Work Pays Off!”

The big picture: After retiring, Fraser has transitioned to a role as more of an elder statesman to up and coming athletes. He spent time in the off season working with Justin Medeiros, and now he’s passing on advice to Hopper.