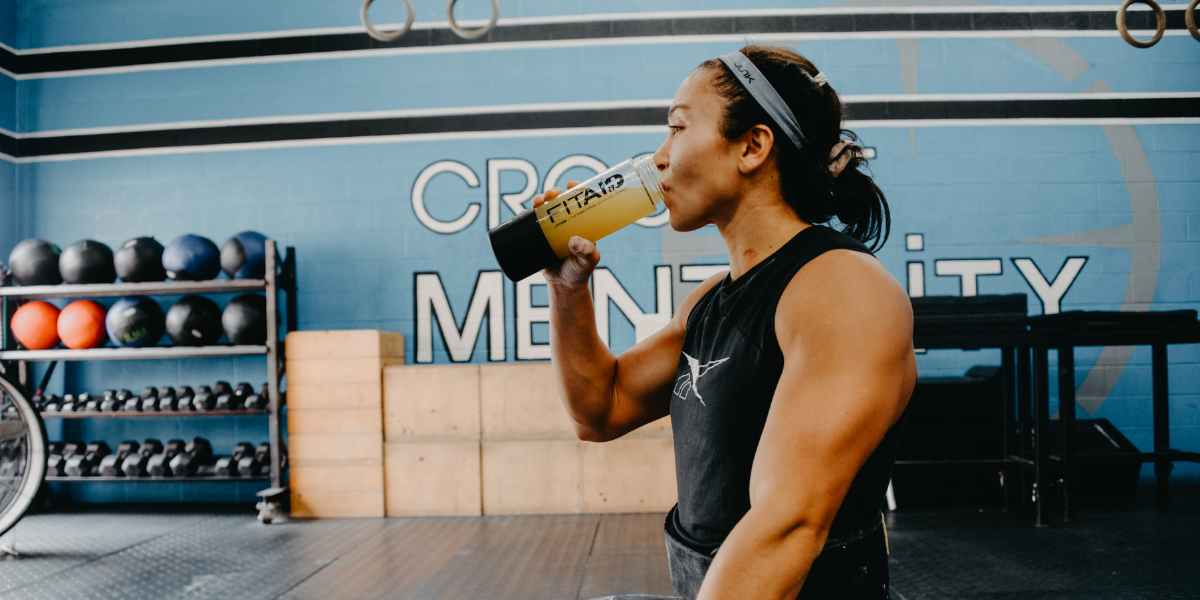 With the holidays just around the corner, LIFEAID, the popular beverage company best known in the CrossFit community for their FITAID recovery drink, is helping athletes share stories, recipes and traditions from gyms around the world as part of their FITMAS campaign.

In light of this, FITAID athletes from various backgrounds hailing from all over the world took the time to share with us their holiday food traditions.

For two-time CrossFit Games silver medalist Laura Horvath, Christmas dinner is a feast made up of fish soup, “which sounds gross but it’s actually really good,” Horvath said. “And we usually have turkey with potatoes and vegetables. It’s nothing crazy.”

Fish soup aside, for Horvath, Christmas treats are all about the szaloncukor, a type of Hungarian candy.

“Chocolate covered candy basically. It’s really good and it’s everywhere so you eat it constantly,” said Horvath, who explained she takes an “everything in moderation” approach to eating at the holidays, but ultimately eats “whatever my mom cooks.”

For aspiring Games contender Feerozeh Saghafi, who missed out on qualifying to the 2021 Games by two spots at the Mid-Atlantic CrossFit Challenge, Christmas foods are a mixed bag of traditional American, Mexican and Iranian foods.

Though Saghafi was born and raised in the United States, her mother is Mexican and her father is Iranian, and both backgrounds come into play during the holidays.

“Pumpkin pie and all of the whipped cream.”

“When my grandma was around, we would have some incredible Iranian dishes,” Saghafi said, including Fesenjan and Khoresh, both of which are types of Iranian stews, and Sabzi Polo, a variety of Kabab.

But Saghafi’s ultimate favorite dish she eats around the holidays is Pozole, a Mexican-style stew made with hominy, meat, vegetables and various Mexican spices. That, and pumpkin pie, she added.

“Pumpkin pie and all of the whipped cream,” Saghafi said, adding that she makes a point of eating pie and cookies during the holidays “with zero request.”

Pierogies in Poland with Gabi Migala

Fresh off a podium finish at the recent Rogue Invitational, three-time Games athlete Gabi Migala said she “never goes crazy on food during this time.

“The key is to not get completely full,” Migala said.

That being said, her favorite Christmas memory is “spending hours in the kitchen with my grandma, baking all the Christmas goodies,” said Migala, whose favorite treat is gingerbread. “I can’t wait to bake some gingerbreads with my siblings,” she added.

For Neal Maddox, a six-time Games competitor and 2018 Men’s 40-44 year-old division champion who grew up in California, food at Christmas is all about the ham and pumpkin pie.

“There’s always ham…I love ham…It’s just one of those things,” Maddox said. “And I love my pumpkin pie with whipping cream. That’s just my thing every year…Pumpkin pie during Christmas and Thanksgiving, those are my go tos, because I don’t eat it any other. Just those two times.”

2021 rookie Games competitor Ellie Turner admits she has “a massive sweet tooth,” and that she “definitely over indulges on Christmas day.”

“I love all the different Christmas slices. My favorite would have to be (between) the peppermint slice and chocolate coconut balls.”

“So I love all the different Christmas slices. My favorite would have to be (between) the peppermint slice and chocolate coconut balls,” said Turner, who is spending this Christmas with her coach Michele Letendre in Montreal, Quebec, “so I’m going to experience my first ever white Christmas.”

Generally, though, Christmas dinner for Turner involves “definitely not vegemite,” she laughed. “Usually there is a whole array of different foods, from roast meats to seafood, roast vegetables, salads and then all the desserts.”

“Partaking” in it all with Jacob Heppner

Now retired five-time Games athlete Jacob Heppner says he doesn’t like using the word “cheating” when it comes to nutrition at the holidays, but instead enjoys “partaking” in the holiday season.

For Heppner, this means “spending time eating the heads off gingerbread men (and)…getting a bit of a sweat on before eating all the ham, cranberries and chocolate santas,” he said.

“It’s not really a Christmas thing, but it should be,” he said

Join LIFEAID’s FITMAS movement by sharing your favorite holiday moments and traditions on social media, and remember to tag @fitaid and @lifeaid on your posts.