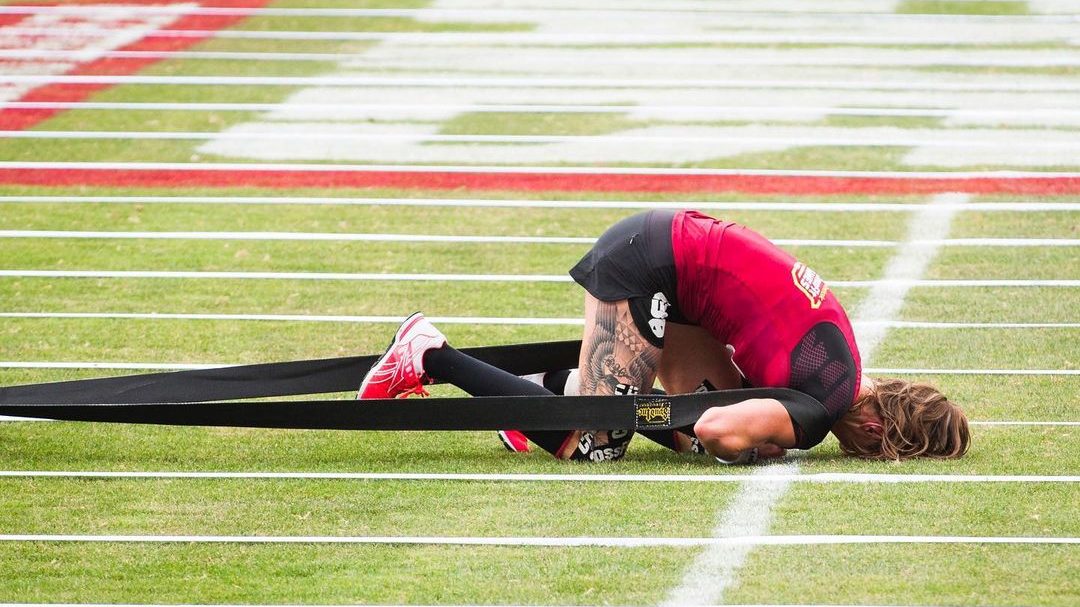 In the early days of CrossFit, redlining in a workout—you know, like when you’re dizzy, can’t see straight and have gone deaf in one ear, and maybe puke after the workout—was seen as a badge of honor.

Remember the pukie t-shirt? I rest my case.

The way CrossFit programmed their daily workouts encouraged each day being a test day, as every day provided a prescribed version of the workout that was measurable and repeatable, thus providing a way to make everyday a competition.

Things like EMOMs, percentage-based programming, or rate of perceived exertion were unfamiliar to the average CrossFit athlete circa 2002-10. Instead, those who followed CrossFit’s mainsite WODs were essentially asked to test themselves everyday and then post their scores to the leaderboard.

As a result, there was, and continues to be a belief in the CrossFit community, that testing yourself and redlining everyday is the way to improve performance.

Food for thought: Imagine if everyday was a game day in the NHL? Or if a gymnast stopped training five or six hours a day, six days a week and replaced it with a daily competition, where they did just one routine on each apparatus each day and received a score? The thought is almost comical in terms of imagining this football team or this gymnast being successful.

The point is, in every other sport, athletes train far more than they compete for a reason: training, not testing, is where the gains are made.

Why would training for CrossFit be any different?

In fact, Caroline Lambray, the long-time owner of CrossFit Wonderland in Montreal, Quebec, and CrossFit Games athlete Jeff Adler’s coach, said the main reason to push to the limit or redline in a workout is for the emotional high, but it does little to help the athlete improve their performance long-term.

“I think that the greatest benefit of pushing really hard is the consequence of feeling really good and really proud about yourself,” Lambray said.

Ironically, however, everyday being a test day— another opportunity to annihilate yourself and feel good about your efforts—is why many people fall in love and stick with CrossFit.

So How Often Should You Redline?

When asked how often she gets her lifestyle athletes to max out or redline, Lambray laughed and said: “I don’t. Ever.”

This doesn’t mean she doesn’t test her athletes to measure their progress but it means if someone redlines, especially when it’s not an official test day, they have probably mismanaged themselves in the workout, she explained.

Often this comes down to experience, as new athletes “redline all the time and not necessarily because they want to, but just because they haven’t learned to manage their pace…So (they) end up redlining, but it’s not something I would ever ask. To the contrary, you want to be able to sustain a pace that is just below that and that’s going to give you even more benefits,” she said.

Lambray likened the concept to putting a car on cruise control on a highway, and how likely this slightly slower but consistent pace will produce the best result in the end.

“And that’s going to be a much smoother ride, and a better ride and a faster ride, than if you’re actually holding onto the gas, and putting gas, and then breaking and then going and then stopping,” she said.

In other words, if you’re losing your vision during a workout, you will be slower in the end.

Similarly, James McDermott, a 10-year coach at Albany CrossFit in New York, said while he does test his athletes regularly, for the average lifestyle client he expects testing, and possibly redlining, should only happen “about five percent” of the time at the gym. And sometimes even less depending on the client’s goals, he explained.

“An athlete that is coming to the gym to lose some weight, feel good about themselves, and have energy to play with their kids just needs a good workout… They can still achieve world-class fitness and health without all that,” he said.

What about the Client who Wants a Daily Annihilation?

While the temptation as a coach might be to hold a client back who wants to push to the max everyday, Michael Bann—a coach of 13 years with 120 individual design functional fitness and CrossFit clients—said sometimes this approach backfires. Instead, it’s often better to let the client make their own mistakes than to stand on a soapbox and preach.

He often hears coaches say things like, “Clients should just do what the coaches say,” he said. “But there’s a lot of ego in that and I think that’s actually killing us in the industry a bit and we’re losing people.”

For clients “who want to send it everyday,” he likes to take the time to hear them out, to listen to their perspective and sometimes even gives in to their wants. “Let’s try it and see what happens,” he will tell them.

“Not that you’re going to take their hand and slam it on the stove and burn them,” he said, “but if you give them the opportunity to make safe mistakes, they’re more likely to go, ‘Oh yeah, don’t touch the stove.’”

Lambray’s approach is similar. While she also does test her athlete regularly by using various benchmarks, these tests are strategically programmed and aren’t meant to destroy the athlete for two days.

That being said, she recognizes some people’s need to want to push themselves further than she knows will help their long-term development, explaining sometimes people “have to hit their head against the wall for a certain amount of time,” Lambray said. “Some people might need to go through the learning process” until they realize there’s a better way, she added.

On the other hand, Lambray said it’s important for the coach to understand why this client is coming to the gym, and why they want to blow their load each day. Some people’s entire purpose to be there might be to “blow off some steam and that might be clang and bang” and redlining, because it helps them forget about the 100 other problems in their life, she explained.

“Potentially that’s the feeling that they’re looking for when they’re coming to see you… and if you don’t know that (as their coach), then you’re not serving them, because that’s literally the purpose of the workout for them,” she added.

In light of this, as long as what they’re doing isn’t going to lead to injury or overtraining, sometimes she just lets these clients miss the mark on the intended stimulus of the workout and crush themselves into a pool of sweat.

As for McDermott, he thinks a redline lover is a coaching opportunity.

“A redliner is an opportunity to coach someone who is possibly motivated to do more training,” he said.

McDermott added: “It’s important to redirect this type of person’s energy into other more productive things…Explain that redlining retcons all the time has diminishing returns and could lead to injury. Then help guide them to put more time and energy into practicing gymnastics skills, working on their weaknesses, and putting more effort into nutrition and recovery.”

Although guiding clients with RPE (rate of perceived exertion) scale might sound like a good idea to stop them from going too hard and missing the mark on the intention of the training session, Bann said it’s important to be careful in using it.

Novice clients, for example, often don’t have a clue how to rank their effort on a scale of one to 10, so before Bann uses RPE, he needs to know the client has a thorough understanding of what each number on the scale feels like.

Further, RPE can often be skewed by emotions people have around certain movements. Someone with a back injury might be scared of deadlifting, so it’s hard for them to judge how hard the lift is, because their motions are “so bound up to (that) movement,” he said.

Similarly, Lambray and McDermott both said they have had more success guiding clients to the right intensity by explaining what a workout should feel like, or by giving a guideline in terms of how many sets or reps they should aim for.

“I don’t program or coach using an RPE scale,” said McDermott. “The way I relay the exertion necessary to complete a workout is by communicating the WODs intended stimulus to athletes at the whiteboard.”

For example: on a 10-minute AMPRAP of 15 wall balls and one rope climb, he might suggest a target goal to an athlete.

“I’d explain that we want a weight on the wall ball and target height that allows for unbroken reps,” he continued. “Instead of using a number, I think it’s better to communicate to athletes what we’re trying to get out of the workout and the goals of the day.”

For Those Who Want to Send it Daily

Lambray asks those who want to push to the max everyday in the gym to consider longevity.

“My vision of CrossFit… is this is not a fad, this is not a trend. This is something that I want to do for the rest of my life and if you’re in it for the long run you can’t burn the candle at both ends,” Lambray said.

“I think intensity can also be in terms of length. How many of us are still doing it 10 years later?… That’s also a measure of intensity. How long can you sustain this? I have been sustaining my habits for a very long time, and I think that shows a certain level of intensity… It’s not just one workout. It’s not just (about) today.” 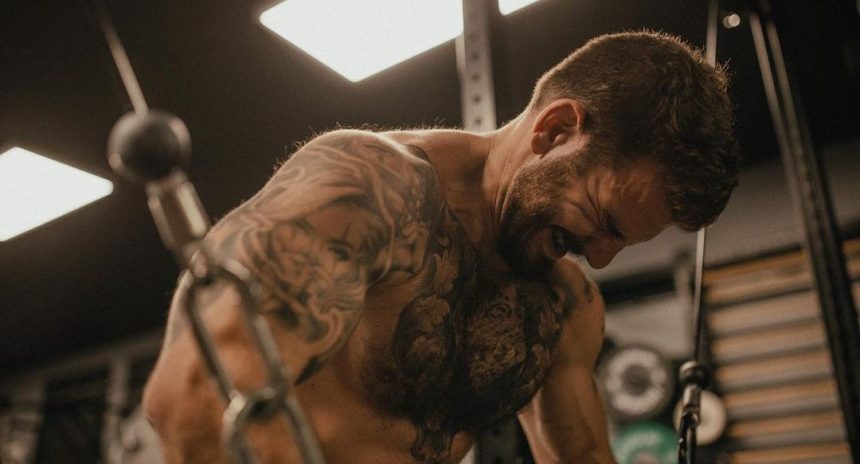 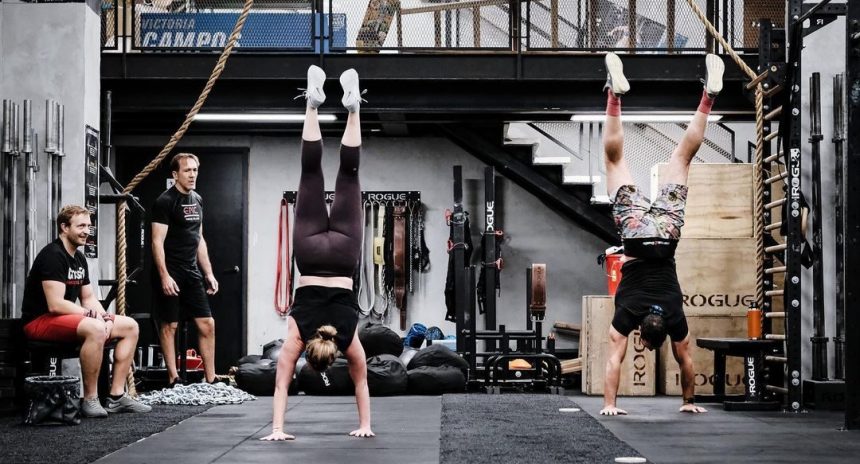 The CrossFit Open for Newbies: Your Guide to Strategy and Beyond

10 WODs You Could Do in an Airport