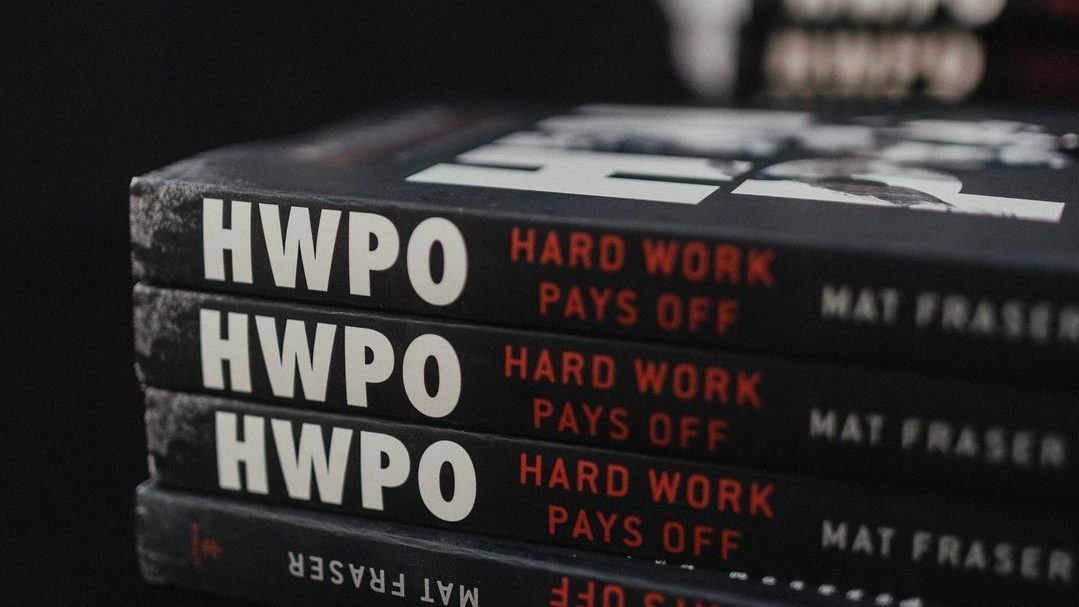 “Pain is dangerous. Discomfort is where you get better. That’s not all it takes, but you can’t keep improving in this sport without it. So, sorry, CrossFit never becomes easier.”

It doesn’t matter if you are an everyday gym-goer or a 2022 CrossFit Games hopeful: reading five-time CrossFit Games champion Mat Fraser’s Hard Work Pays Off will make you a better, more intentional athlete.

Part training manual (with detailed workouts, drills, and progressions), part autobiography, part recipe book, HWPO, co-written by Spenser Mestel, provides an absolute treasure trove of detailed knowledge. In fact, nowhere in the CrossFit industry has such a wealth of training material been published in such a digestible format (full disclosure: I read it front to back on my two-hour flight from Washington DC to Miami to cover Wodapalooza a few weeks ago). If you are a student of CrossFit or simply a student of athletic greatness, HWPO will keep you engaged. You may not learn how to hit a jumpshot from beyond the arch at the buzzer, or how to crank that slider when you’re down 1-2 in the count, but you will learn the mindset to make those things possible.

Mat Fraser’s book unfolds across six chapters, four of them named after the physical skills in CrossFit, like “Strength,” “Endurance,” “Speed,” and “Coordination,” and rounded out with “Mentality” (my favorite chapter), and “Recovery.” Each of these chapters include illustrated guidelines for technique (beautifully drawn by David Regone), as well as sample workouts and recipes provided by Fraser’s partner, Sammy Moniz. Want to know more about the hook grip and why you should be using it? Check out page 11. Want Fraser’s tips on how to improve your Isabel time? Check out page 38. Want an amazingly simple yet delicious overnight oats recipe? Check out page 205. And so on.

Fraser’s beginnings in CrossFit were humble at best. The son of former Olympic skaters, he first found success in weightlifting, making it all the way to the Olympic Training Center (OTC) in Colorado Springs in 2008. He was the youngest lifter there at 18 years old as the team prepared for the Beijing Games. As Fraser recounts his time there, he reveals a staggering number: “I’ve probably done 60,000 snatches in my life and half as many clean and jerks, which had a huge payoff.”

After qualifying for the Junior World Team from the OTC, Fraser experienced major adversity when he broke first the left and then the right “wings” of his L-5 vertebrae in training. After recovering, he eventually found CrossFit at a gym near his parents home–Champlain Valley CrossFit. It was there where, despite initially being skeptical about it, that Fraser realized he could make some bank while staying fit. And those were his only goals at the time–he didn’t see a future in the sport. He entered his first competition, but his coach had to front the $50 entry fee because Fraser, a college student at the time, was flat broke. He made Fraser promise that if he won the $500 purse, he’d buy actual CrossFit shoes. Of course, he did just that.

Fast forward to Fraser at the 2015 Games. He had just taken second place for the second time. “I was disappointed, humiliated, and ready to quit. I knew that I’d lost–or maybe it’s more accurate to say that I’d choked–because I cut corners and if I wanted to make another run at the Games, I’d have to be all in.”

This was the turning point and from this moment on, no one else would be doing the hard work that Fraser was. His book offers the prescription to go forward.

So, how did the fittest man in CrossFit history go from that moment of humiliation to the greatest run on the men’s side of the sport? Simple, he was willing to humble himself and do whatever was necessary. Well, the prescription is simple, but it’s not easy.

After the 2015 Games, Fraser took stock of his weaknesses–his deadlift was barely competitive, he struggled in open water swimming and high volume toes-to-bar, but worst of all, he didn’t sprint well. In fact, he took 37th out 39 in the sprint event in 2015. How did he address this weakness? He trained with a local high school track team in Vermont. “Coach Pol always paired me with the kid who would become a Vermont state champion in the 100 [meter sprint],” Fraser wrote, “and he would blow my doors off every race.” “This is what I needed,” he continued, “I train best when I feel scared that my hard work won’t pay off because then I feel like I have to focus on every little detail to get progress wherever I can.”

As he recaps some of the key moments in his Games career, Fraser also mentions a few fellow competitors. For example, heading into the first event of the 2019 Games, the defending champ notes that Patrick Vellner “was telling everyone he could that he was going to beat me.” He recounts how he adapted his strategy to beat Vellner in “First Cut,” the first event of the Games that year, despite “the risk of bombing out” because he didn’t want the narrative of the weekend to be that Vellner had beat him out of the gate.

About his ride-or-die training partner for the last two years of his career, Fraser remembers: “I was especially lucky to train alongside Tia-Clair Toomey,” he said. “[She’s] one of the best swimmers in the sport, but I’d have trouble sleeping the night before our sessions. I was nervous, and driving over to the lake in the morning, I’d have a pit in my stomach as we crossed the bridge and I saw the buoys that Shane, her husband and the coach of both of us, had set up for the day.” Despite his fears, “all that hard work paid off,” he notes, as he was able to beat Noah Ohlsen and hold off the challenger in the swim event that year.

If you’re the kind of athlete (like me) who is just looking to get fitter and throw down with friends, HWPO has so much to offer. Fraser’s got insights and tips and hacks on different movements and workouts, some great recipes from Sammy, some extra workouts you can do before or after class, and so on. But if you are an aspiring Games athlete, or a Games athlete aspiring to elevate your performance, focus your attention on chapter five; “Mentality.”

With subsections on training scared, pain tolerance, dealing with obstacles and learning to love the rules (which provides great insight into Fraser’s approach to competitions), this is the standout chapter of the book. Here’s a great example of how Fraser operationalized his mindset training. Immediately after the announcement that the Games were moving to Madison in 2017, he booked a flight there to scout the landscape. He went to the parks and lakes and thought about what kind of trail runs or swim events could be programmed. Then he started following the sponsors page on the CrossFit Games site. If GORUCK was announced as a sponsor, there was a pretty good chance a ruck event would be on the agenda.

HWPO is a deep-dive into Fraser’s brain, filled with golden nuggets. The bottom line is if you want to be a five-time champ, you have to account for every variable, leave no stone unturned and there is no detail too small. Championship advice in a nutshell. 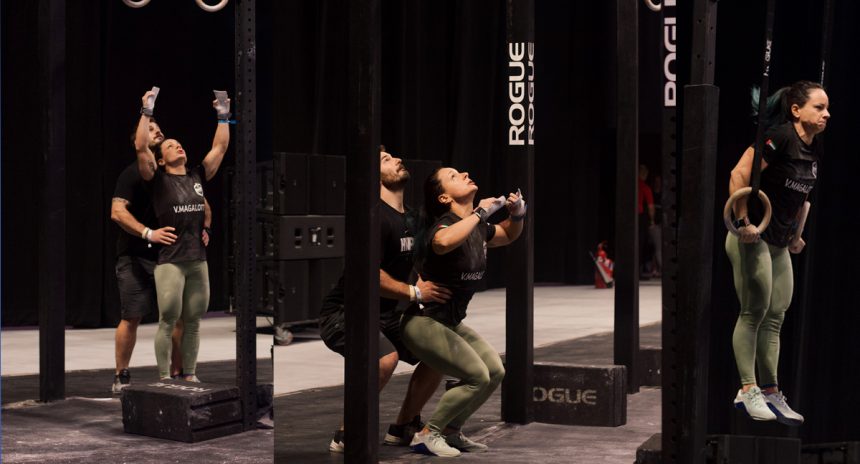