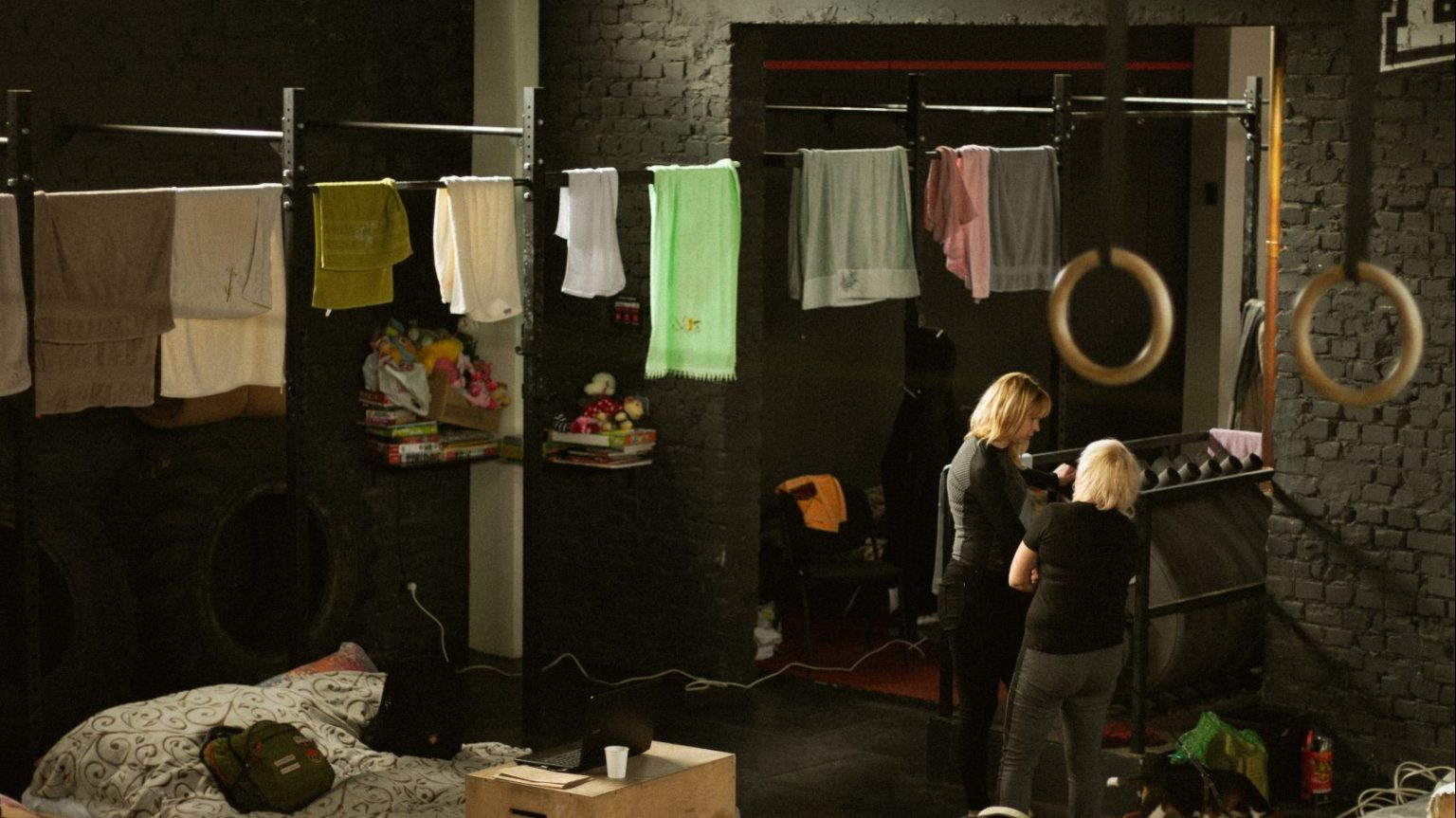 When Russia invaded Ukraine at the end of February, Anton Yumaiev closed his doors like every other gym in his country.

“A few days passed, we did nothing. We were just sitting and thinking about what to do, how to be helpful,” said Yumaiev, the owner of BRONX Fitness Club in Lviv, a city in western Ukraine.

Doing nothing quickly got to him, so Yumaiev met with his coaching team and they decided to turn their gym into a shelter for refugees, a shelter that has since had more than 1,000 people—many from the northeastern city of Kharkiv—take refuge in their gym, some staying for just a night or two and others for multiple weeks.

Originally, because the gym was closed, Yumaiev opened his entire space to refugees, meaning there was room to sleep 70 people a night on beds his gym community and larger organizations helped collect via donations. Since then, his army of helpers have been organizing, cooking and delivering meals to the shelter each day.

After some time, however, Yumaiev’s gym community started chomping at the bit to start working out again, so he refigured the gym to accommodate both. Today, 35 refugees, including many children, are living in one half of the gym, and he has been running regular group classes in the other half.

“If we don’t have that physical activity, we can become crazy,” Yumaiev said, adding that working out at least provides a brief mental rest.

In recent weeks, more than 100 of Yumaiev’s members have been attending regular classes, and many have also brought relatives from elsewhere in the country currently living with them because of the war.

This “mental rest” is also what led one refugee currently residing at BRONX Fitness Club—a CrossFit coach from Kiev—to begin offering classes twice a week to his fellow refugees.

Life in War and the Future

Being in the western part of his country means Yumaiev generally feels safe; however, just the other day, as he was painting the gym door, he saw three rockets fly above his head, reminding him that he’s living in the middle of a war zone.

“It’s safer here in the west than in the east, but it’s not fully safe,” he said.

Still, he and his wife have never for a moment contemplated leaving their country like 4.3 million other Ukrainians have.

“There were no thoughts to leave the country at all. Not my thoughts or my wife’s. There were no such ideas…We have a community and almost all the community stays here,” he said. “I just want to be helpful for my country, for the people.”

And even though life in recent weeks has been stressful to say the least, Yumaiev remains positive that things will end well for his country.

“Inside me, I feel like it has been war (with Russia) all my life, and this feeling has helped me accept the situation and lead a normal life,” Yumaiev said.