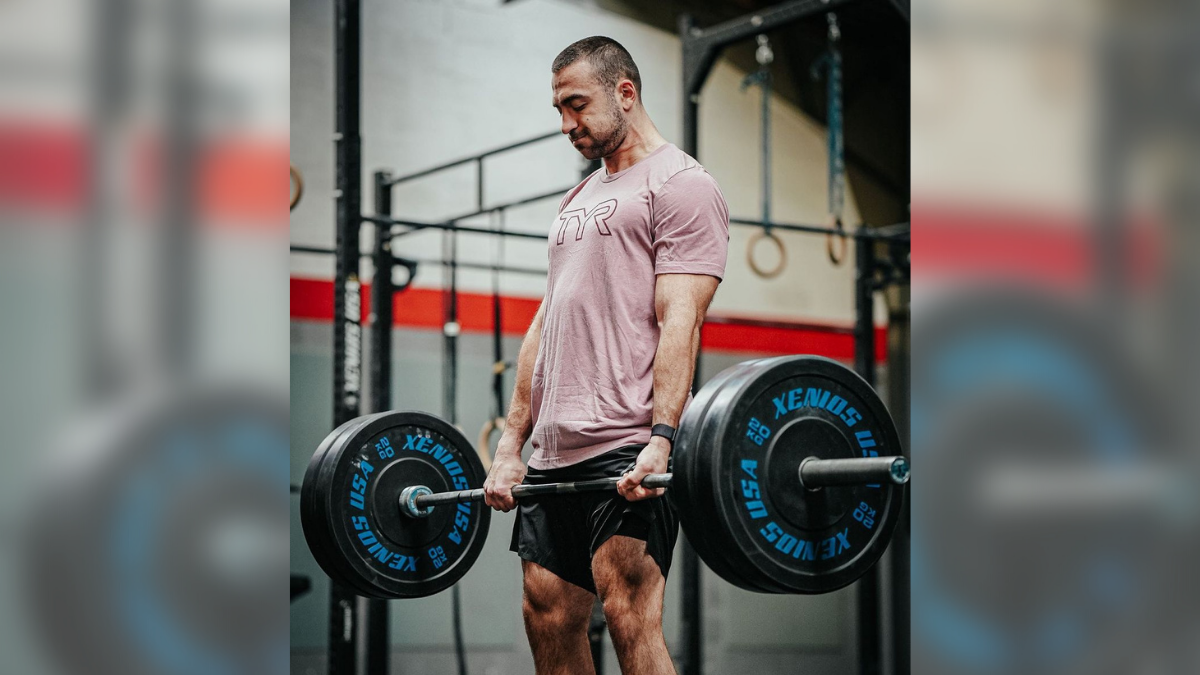 Europe has been on fire in recent years, growing their relative registration, affiliate numbers, and improving their performance at the Games. They are a prime candidate to be the beneficiary of Semifinal expansion in 2023, and the Lowlands competition field has a huge potential to further embolden Europe’s case.

There are a ton of potential storylines that could bear fruit in a variety of ways this weekend, and we’ve got the full breakdown by division for what should be an exciting start to Semifinals in Europe.

Ladies of the Lowlands

In this section, there are only two, and they are the two women to watch for the foreseeable future in Europe. At 25 and 23 years old respectively, Laura Horvath and Gabriela Migala, are already amongst the best in the sport. When you’re coming off podium performances at the biggest events the previous year (Horvath 2nd at the Games, 1st in Dubai; Migala 3rd at Rogue, 3rd in Dubai) you have bigger fish to fry than Semifinals. They both are fierce competitors, and have built up a bit of a rivalry over the last few years:

Expect that to continue on the floor in Amsterdam. They know how to put on a show and will be the leading ladies in this one.

Once again there are two women in this category, though for different reasons. For Sara Sigmundsdottir, it’s all about where she’s at on the road back from her ACL injury. Taking 7th in Dubai in her first competition was great, but the withdrawal from Wodapalooza had fans worried. All reports out of the Training Think Tank camp in Georgia are that the rehab process is going well, and she’s in a great spot mentally heading into Semis.

Karin Freyova, on the other hand, has no injuries that we know of that kept her from the Games last year, she simply drew the hardest qualifying path. Last year she was 6th at the online Lowlands Throwdown; all five of the women who beat her placed 13th or better at the Games. Her pedigree, however, is very good, specifically in live events. She’s contended with the biggest names in Europe before, and will be looking to do so again. Most people have her pegged for a Games spot, but she still has to prove that she deserves it.

This is where things really begin to get interesting, and here we’ll shed light on:

All four women had success in the online format that was Semifinals last year, and all four have the potential to take advantage of the void in the women’s landscape of Europe with the departure from individual competition this season left by perennial Games athletes Annie Thorisdottir and Kristin Holte.

Ella Wunger has spent a considerable amount of this year training in Mallorca with the Progrm team (Migala, Jacqueline Dahlstrom, Kristof Horvath, and others). She was 14th last year at German Throwdown with one stand out performance (4th place on workout 2). Compared to the bubble athletes listed above she doesn’t have as impressive of a resume, but the word is she does have some talent–just how much remains to be seen.

Although it’s arguable that more names could be in this group, when it comes to Europe there are two locks for the Games: Jonne Koski, who will be at Strength in Depth, and Bjorgvin Karl Gudmundsson, hands down the best and most consistent European male competitor we’ve ever had. It is no surprise to find his name here, and if things go as usual it won’t be a surprise to find him in the final heat on the final day in Madison yet again this summer. He loves putting on a show though, especially in Europe, Amsterdam should be excited to have Gudmundsson in this field.

There are two others in this field who could feel slighted by the omission from the “shoo-ins” category, but these are still men who everyone is expecting to qualify for the Games anyways. Adrian Mundwiler and Lazar Dukic both finished second in their respective European Semifinals last season, and could find themselves battling for that same position this year.

Lazar had the breakthrough season last year taking 9th at the Games and 2nd in Dubai, he had an underwhelming 12th place finish at Rogue, and his focus this off-season has accordingly been on continuing to improve both his top end strength and his ability to cycle moderately heavy loads.

Mundwiler has four career Games appearances including an 8th place finish in 2019, and a 16th place finish in 2018, a year he placed second at the European Regionals. The one thorn in Mundwiler’s side has been the occasional setback due to injury, but when he’s healthy, he’s very fit, and should be looking to make it a fifth trip to the Games this year.

Similarly to the women in this category, we’ll touch on four men, all of whom have a good chance to get a spot to the Games if the weekend goes to plan:

Three of them made the Games last year, with Beneito narrowly missing out finishing only 8 points behind both Giorgos Karavis and Andre Houdet. He will certainly be hungry to prove that was a mistake and that he deserves a spot. As you can see however, this is going to be no easy feat. Assuming BKG, Mundwiler, and Lazar take care of business, that’s only two remaining spots. And the list of competitors in this field who could make the Games, doesn’t stop there.

Moritz Fiebig and Haraldur Hoglersson were the 9th place finishers in the online European Semifinals last year. Fiebig has had some notoriety as the IF3 World Champion, and with some solid performances in other European competitions. Holgersson’s best career showing was at Strength in Depth in 2020 where he placed 7th in a very stout men’s field where, while still only 21 years old he beat recognizable names like Will Moorad, Sam Stewart, Alex Kotoulas, Zach George, and Joshua Al-Chamaa.

Much like the four athletes from the Bubble Athletes section, both Fiebig and Holgersson will believe they are good enough, but the reality for the men in Europe this year is that there isn’t enough room for as many of them who are good enough to be at the Games. This makes the programming critical at these Semifinals, and in some cases will be the deciding factor.

The Lowlands Throwdown is the host to the biggest story in the team competition this year in CrossFit Reykjavik, however, they are not coming in as the top seed.

That is reserved for CrossFit Zarautz Training Culture coming out of Spain. This team was the top ranked in Europe after Quarterfinals last year, and is the second highest ranked team this year (behind CrossFit Oslo Navy Blue who will be at Strength in Depth).

The Spanish team had two members go individual this year and therefore were not part of the Semifinal stage of competition. We’ll have to see this year whether this team, who has been very impressive online, can bring that same excellence with them to a live competition setting. It’s worth noting that in addition to Alexander Anasagasti, Pablo Cazalis, and Ione Tainta, they have Nienke Van Overveld, who is from the Netherlands, on their team. So, despite being from Spain, expect this team to get some love from the home town fans as well.

A couple additional teams to pay attention to in this field are CrossFit Oslo Purple Red (their second team who placed 6th in Quarterfinals) and the Finnish team, CrossFit Portti, who is coming off a 12th place finish at the Games last year.

Portti in particular has a lot of experience and would be expected to do pretty well in a live setting. As for Oslo Purple Red, their gym is starting to turn heads in general, and if, like Mayhem in the United States, they are able to put multiple teams through, and then especially if both those teams do well at the Games, it might end up being Oslo, not Reykjavik, who is Mayhem’s rival this year in the team division.

All three divisions at the Lowlands Throwdown are headlined by some of the biggest names in Europe. But, all three divisions also boast depth in the form of up-and-coming talent a little deeper down the leaderboards. Much has been made about Europe as a rising power to rival the United States at the top level of this sport, and after a year of being forced online, the athletes in Europe should be eager to take a live floor and show the world that there’s more to that storyline than just words on paper.

The Gudmundsson’s, and Horvath’s, and Thorisdottir’s of the world will continue to shine; but zoom the focus out to that 4-10 range in the individual fields for both men and women and you’ll see a plethora of impressive athletes with significant potential in the athletes who are competitive there. 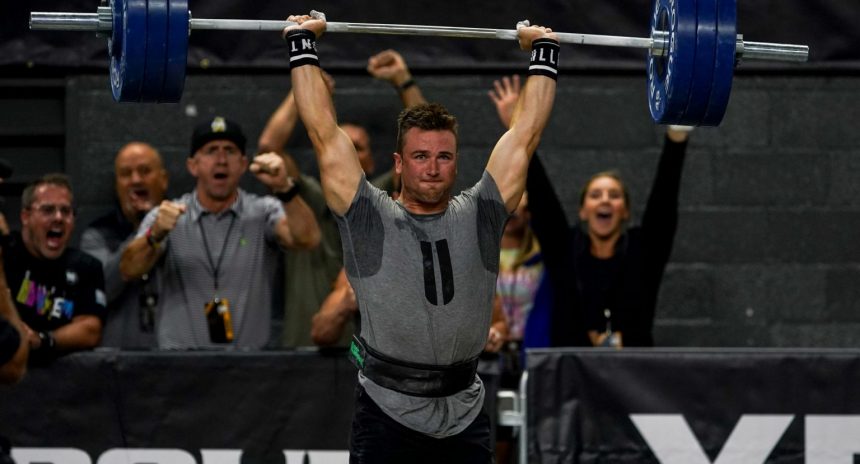 Jun 1 by Morning Chalk Up